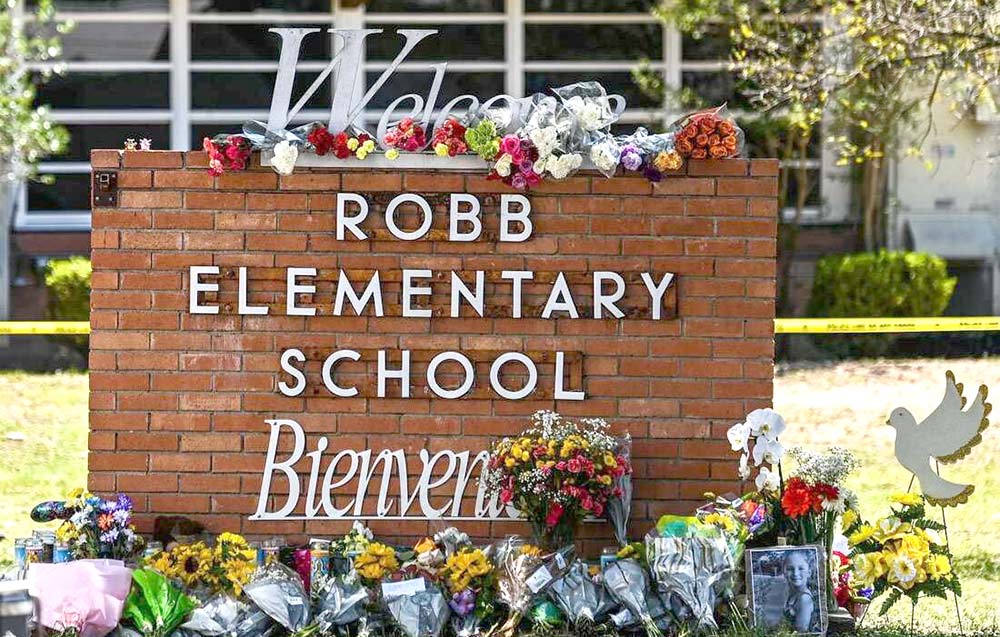 Sixty-four years ago this month, President Dwight D. Eisenhower signed the National Aeronautics and Space Act, which established NASA and emphasized our commitment to space exploration and manned space flight. NASA later elected to build a new flight-control center outside of Houston, making Texas an essential piece of the space race.

1. ALERRT and House Committee release reports on shooting in Uvalde

This month, both the Advance Law Enforcement Rapid Response Training Center and the House Investigative Committee on the Robb Elementary Shooting released reports on their assessment of the tragic shooting in Uvalde. Each report highlighted different parts of the overall response. The ALERRT center covered the timeline, a physical assessment, and a tactical assessment. The tactical assessment spoke to their expertise on strategies used during the shooting and different strategies that could have been used in this situation. Their expertise lies in responder training and their report reflected deficiencies in training and execution of that training. To read the report, visit https://alerrt.org/.

The House Investigative Committee on the Robb Elementary Shooting released their report a few weeks after the ALERRT Center’s report. The House report detailed an extensive timeline of the events leading up to the shooting, during the shooting, and after the shooting. They delved into the attacker’s family life and background, the school’s security and facilities, the law enforcement response, and drew several factual conclusions. I commend my colleagues for their important work on this issue and look forward to working with other House and Senate members to develop recommendations moving forward. To read the full report, go to https://house.texas.gov/_media/pdf/committees/reports/87interim/Robb-Elementary-Investigative-Committee-Report.pdf.

This month, the Federal Communications Commission implemented a change to the national suicide hotline number. Instead of the old 11-digit number, the new number is just three digits and easier to remember. Now, calling 988 will give you resources for immediate mental health emergencies, such as people at risk of suicide and other crises. The hope is that calling 988 for a mental health crisis will become just as instinctive as calling 911 in an emergency. Those who call the hotline will connect directly with a crisis center staffed by trained professionals that offer free and immediate help at any time. The line offers communication options in several languages and is now available. People in distress can also chat with a trained counselor by visiting www.988lifeline.org.

3. Universal Service Fund rates will increase on some phone lines

Beginning August 1, telephone customers will see an increase in monthly bills due to a court ruling that state regulators must fully fund the Universal Service Fund (USF). The USF was created to ensure that Texans in rural areas have access to phone services, which is legally a public necessity. Each telephone customer’s bill has a line item for the USF which has charged a 3.3 percent fee of the cost for intrastate voice service. That percentage is now going up to 24 percent. For many single-line customers, that charge was as low as 30 cents a month. That cost could rise to about $2 per month or more. This change comes after the Public Utility Commission, which oversees the USF, rejected a more modest increase in 2020, which would’ve brought the assessment to 6.4 percent. In 2021, Governor Abbott vetoed a measure aimed at addressing the issue, as well.

This year’s sales tax holiday weekend for back-to-school was Friday, August 5 through Sunday, August 7. Texans saved money on tax-free purchases of most clothing, footwear, school supplies, and backpacks during the annual Tax-Free weekend. Qualifying items were purchased in-store or online. The exemption applied to each eligible item sold for less than $100 and there were no limit to the number of qualifying items Texans could buy.

Texas Parks and Wildlife opened applications for drawn hunt permits for the 2022-2023 hunting season in July. There are almost 10,000 permits in 62 hunt categories. The permits allow drawn hunts on public and private land, including hunts for white-tailed and mule deer, pronghorn, turkey, alligator, dove, and some exotic species. An online interactive map shows all drawn hunt opportunities by category or area. All applications, fees, and permit issuances are handled online. Permits are open to resident and non-resident hunters. The first application deadlines are in August. For more information, visit https://tpwd.texas.gov/huntwild/hunt/public/public_hunt_drawing/.