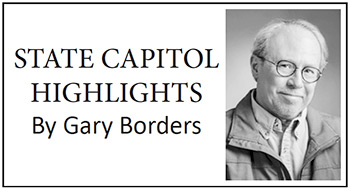 The Texas Supreme Court heard oral arguments last week on the question of whether state regulators can be sued by abortion providers hoping to block enforcement of the state’s restrictive abortion law, known as Senate Bill 8.

The Austin American-Statesman reported that abortion providers bringing the suit argued that “state agencies regulating doctors, nurses, pharmacists and the health care system have an enforcement role that makes them an appropriate target of their own lawsuit against SB8.”

Solicitor General Judd Stone II argued for the state that the law was written to say only private citizens can enforce SB8 by filing civil suits against abortion providers who violate the ban on abortions after the sixth week of pregnancy.

“The goal here is just to figure out the ordinary English meaning of this statute,” Stone argued. “There simply is no ordinary English interpretation that entertains any possibility of public enforcement (by state agencies or regulators),” the Statesman reported.

Abortion providers have filed a number of lawsuits in federal courts, with the U.S. Supreme Court declining to keep the law from taking effect last September as appeals are heard. The case heard in state court last week also will likely end up before the nation’s highest court.

State Comptroller Glenn Hegar began touring a dozen Texas communities this month to get insight from Texans about internet access and to receive input as the state develops its first comprehensive broadband internet plan.

The events are free but require registration in advance. The first forum was held March 1 at Prairie View A&M University, with others planned in Victoria, Austin, Dallas-Fort Worth, Amarillo, Beaumont, Waco, Tyler, Abilene, El Paso, Edinburgh and San Angelo.

Further information and a link to an online survey for those who can’t attend can be found here: comptroller.texas.gov/programs/broadband/communities/tour

Gov. Greg Abbott has ordered two state agencies to “use every available resource” to safeguard the state’s infrastructure as the potential for Russian cyberattacks increases. Abbott sent a letter to the Texas Department of Information Resources and the Texas Department of Public Safety to that effect last week.  He ordered DIR and DPS to:

• Enhance Texas’ cyber security through the use of best industry practices and other key measures.

• Ensure Texas can quickly detect a potential cyber intrusion through the use of software services, such as antivirus and endpoint detection and response technologies.

• Prepare for an intrusion by utilizing a cyber incident response team.

• Maximize the state’s resilience to a destructive cyber incident.

• Track and report any attacks from Russian sources so the public is fully aware of their tactics.

“Protecting the state of Texas from cyber threats during this time of Russian aggression is paramount,” Abbott wrote.

Arrest made in timber fraud case

“Mr. McKenzie had timber harvest agreements with two Walker County landowners and failed to pay them for the timber that was harvested from their property,” said Texas A&M Forest Service Law Enforcement Criminal Investigator Josh Mizrany. In addition, McKenzie has a pending charge for unauthorized timber harvest in Montgomery County.

Timber theft includes harvesting timber without the landowner’s knowledge or consent, to entering into a formal agreement and not paying landowners the full purchase price and even stealing timber from logging companies.

The Texas Education Agency is seeking nominations for public school students in all grades who provide an outstanding volunteer service benefitting their fellow students,  schools, or their communities. One student  from each of the 15 State Board of Education districts will be recognized and will receive a plaque and medal from SBOE.

Nominations may be submitted by anyone. The deadline to nominate an outstanding student is 5 p.m. March 31. The form can be found here: https://tinyurl.com/mubxb7af.

The number of new COVID-19 cases in Texas continues to drop steeply as the omicron variant fades, with 36,814 reported in the past week by the Coronavirus Resource Center at Johns Hopkins University. That is less than 10% of the number reported at the variant’s peak in mid-January. A total of 1,127 deaths were reported in the past week, also a sharp decrease. Hospitalizations are also down, with 3,949 reported as of Sunday by the Texas Department of State Health Services.

The number of Texans who have been fully vaccinated is slowly inching up, with 17.22 million now fully vaccinated, according to DSHS, with 6.26 million Texans also getting a booster dose.