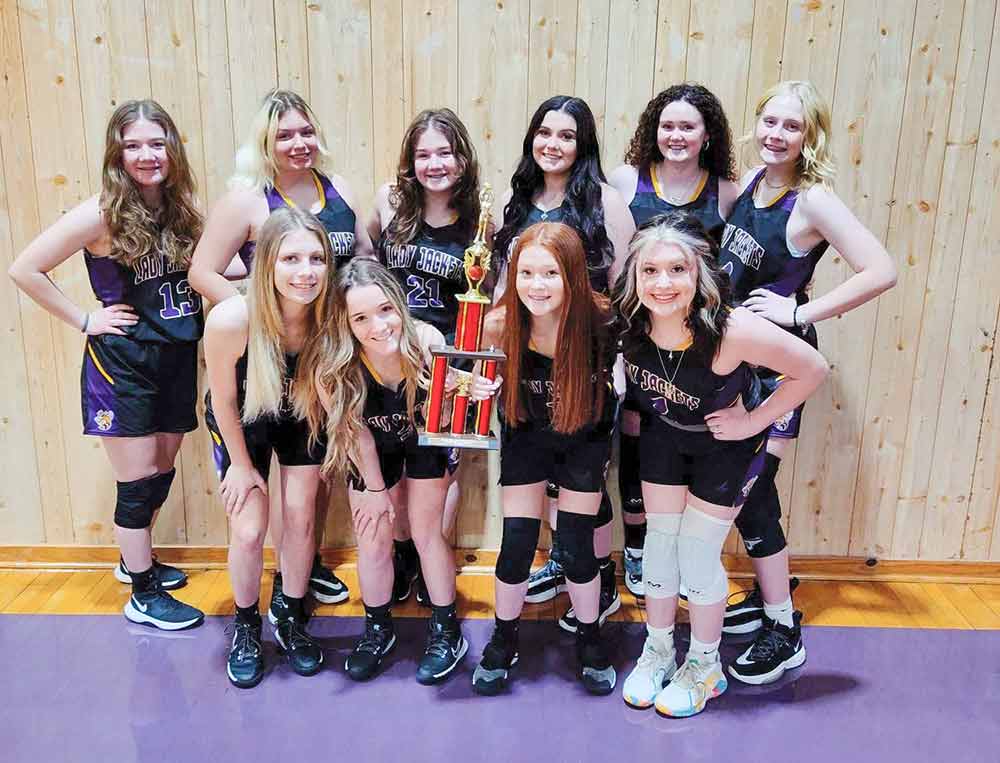 The Chester Lady Jackets had a big week.  They opened district with a win on the road against the High Island Lady Cardinals. The Jackets won by a score of 33-28.

The Lady Jackets competed in the Deweyville Tournament Dec. 9-11 and came away with a third-place trophy. The girls defeated Colmesneil in their first game 29-21. Lily Read led the team with 11 points. Emma Grimes and Sydney Brock ended the game with six points each.  Trinity Jerkins and Kyli Handley each contributed two points. Kat Knox and Abby Grimes each scored a free throw.  The Lady Jackets were defeated by Starks 21-64 in game two of the tournament. Lily Read was high point for her team with 10 points. Abby Grimes scored four points.  Emma Grimes, Sydney Brock, and Kyli Handley all ended the game with two points, and Lexi McDonnold scored a free throw. The Lady Jackets defeated Burkeville on game three of the tournament by a score of 38-20.

The Lady Jackets travel to Burkeville on Friday, Dec. 17 to play against the Lady Mustangs. Game time is 3 p.m. Then on Monday, Dec. 20, the Lady Jackets will host the Warren Lady Warriors in a 1:30 p.m. game.

The Yellowjackets played in the Deweyville Tournament Dec. 10. Three games in an afternoon took its toll on the Jackets, as they ran out of steam in the third game. But the team got some good play time, and areas of weakness were identified by Coach Justin Hilliard. This came at a good time, as the Jackets start district play at the end of this week.

The Jackets lost game one to the Deweyville Pirates 19-42. Rick Carlton led the Yellowjackets with six points. Luke Read and Carson Thomson scored four points apiece, Jack Rayburn scored three points, and Kaighnen Green contributed two points.  The Jackets lost game two to Colmesneil 44-54 in a game that was a battle up until the end. Carson Thomson ended the game with 16 points. Jack Rayburn scored 13 points. Keighen Green scored six points, Rick Carlton scored five points, and Luke Read added two baskets. The Jackets were defeated in their final game of the tournament against Starks by a score of 32-41.

The Yellowjackets will be on the road on Friday, Dec. 17 as they will face the Burkeville Mustangs to open district play. Game time is around 4:15 p.m., or after the conclusion of the girls’ game.  The Jackets will host the Colmesneil Bulldogs on Monday, Dec. 20 at 12:30 p.m.

The junior high girls lost their game on Monday, Dec. 6 to Good Samaritan Fred by a score of 8-15. The boys were off last week.

The junior high boys and girls will have a few weeks off for Christmas break.  They will be back in action on Thursday, Jan. 6 as they host Apple Springs. The girls will tip off at 5 p.m., and the boys’ game will follow.