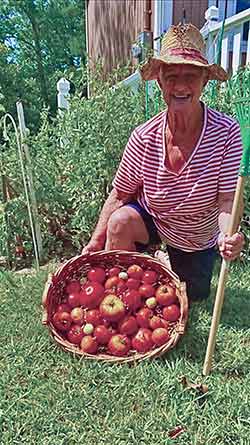 As we, as a species, continue to battle the coronavirus pandemic, we have had time to reflect on our struggles throughout the past year.

These perilous times have highlighted just how fragile life can be. While it was one of the greatest struggles in recent history, the coronavirus pandemic was undoubtedly not the first time our country has endured something like this. Just a short time ago, another epidemic was raging throughout the country, paralyzing thousands of children - the polio outbreak of the 1900s. Polio is a viral disease that affects the nervous system.

This disease spreads directly from contaminated water, food, or even people. Once infected, victims face a host of symptoms, including fatigue, fever, loss of muscle, headache, nausea, and eventually face paralysis.

The peak of polio occurred in the United States from 1916 until a vaccine was finally approved in 1955, resulting in a steep decline in the number of cases. Thanks to the hard-working scientists in creating a successful vaccine, the United States no longer views polio as the dangerous disease it once did. In the 1950s, there was a total of 15,000 cases of polio reported, and that number dropped to less than 100 in the 1960s. Today, The United States of America has been declared polio-free since 1979. Although our country may not be affected by this ailment in today's time, the epidemic had a lasting effect on those who lived through the dangerous times.

Judy Connelly, a long-time resident of Tyler County, is one of the few lucky survivors of the ravenous disease. Judy was diagnosed with polio at the age of seven. When asked about her experience, Judy said "polio was a plague. One minute you had a headache, and an hour later, you were paralyzed. How far the virus crept up your spine determined whether you could walk afterward or even breathe. The city was completely closed down, no swimming, movies, or even church similar to today's time. I was one of the lucky ones."

Connelly remembers the odd treatments she endured like hot steamed wool blankets that were supposed to be good for the muscles, being strapped in high-powered jets in an aluminum tank, iron lungs, and other experimental procedures. As a small child, she was traumatized by seeing her friends and family taken as victims to the disease.

"I remember I was unable to walk when I had to go into the hospital, and my father carried me everywhere I needed to go. I also remember being able to hear the iron lungs pump life into my friends and fellow patients at the hospital. It was a scary time," she said.

She was not expected to survive, but in spite of the odds, Connelly made a full recovery and faced no symptoms of the disease that had her in its clutches for so long. Today she enjoys working in her garden, spending time with her family, and never taking for granted the life she never thought she would get to experience.

“Although I still deal with the symptoms of post-polio syndrome, I have never let it stop me from dancing and I encourage others to do the same when life throws them a curveball,” she said.

While many today are still facing the effects of the polio pandemic, a lot of pain and turmoil was prevented by scientists and their pursuit of a solution to one of the nation's biggest problems.

Although times may be tough currently, scientists are eagerly working to find a solution to our current issues and unite us through our struggles to be a more powerful and better nation.