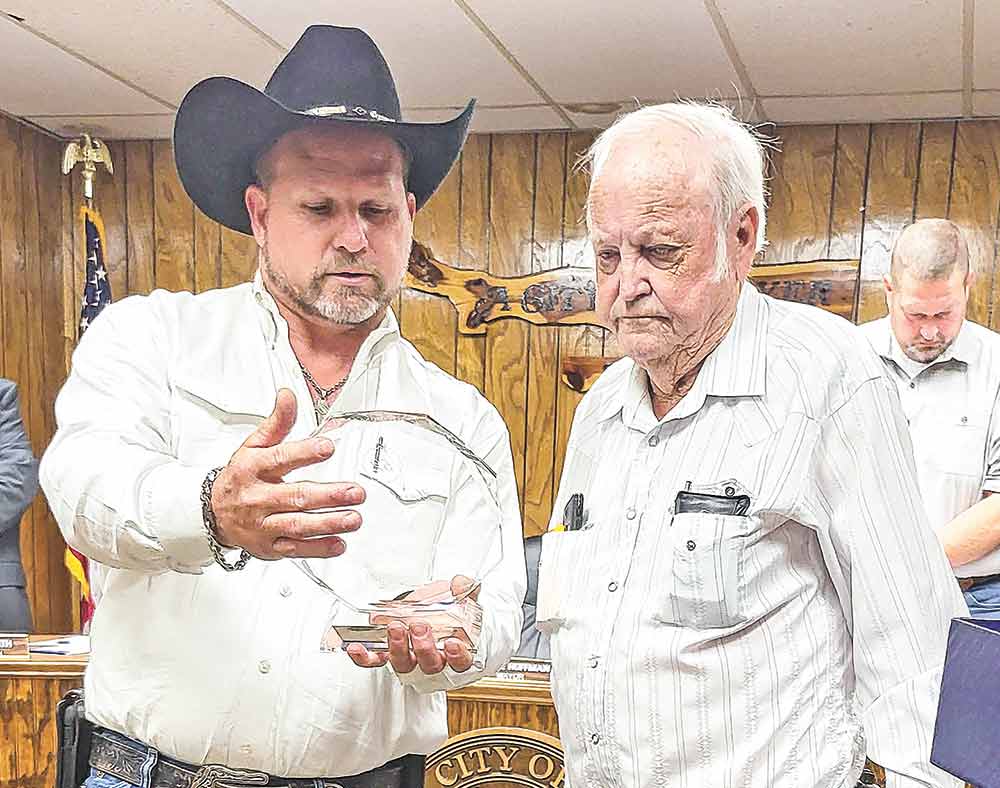 Outgoing Trinity Mayor Wayne Huffman (right) was presented a plaque in appreciation of his years of service to the city. See related photos on page 5A. PHOTO BY TONY FARKAS

TRINITY — It was a changing of the guard on Thursday as long-time Mayor Wayne Huffman stepped down, having lost his re-election bid to Mayor Pro Tem Billy Goodin.

Huffman has served the city of Trinity in various capacities for 52 years.

Additionally, Council Member Chris Dennis, who was called the third-longest-serving civil servant, stepped down in favor of his successor, Scott Womack.

Only Huffman and Justice of the Peace Lyle Stubbs have served longer.

The two were presented with awards for their service.

In a separate matter, the city discussed vehicle purchases to replace the aging vehicles at both the police and public works departments.

City Manager Steven Jones, who was tasked to research the matter, said because the city has the funds available, it should purchase four patrol cars and send the current police vehicles for use by city employees.

Smith questioned the need for four police vehicles, since there were only two police officers, and why the vehicles needed to be new when they can be purchased from the Texas Forest Service used, much like Trinity County has done.

Goodin said he would like to see benefits and costs broken down in a report, as well as how the vehicles will be used.

In the end, no action was taken.

• approved the canvass of the May 7 city election;

• appointed Billy Coleman as a member of the Economic Development Board.