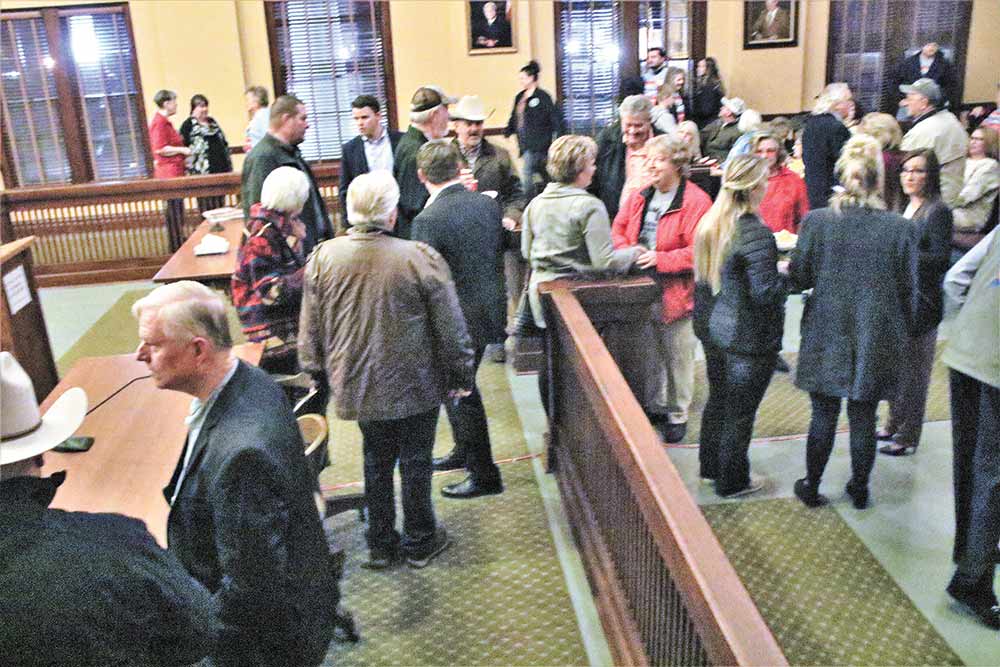 Candidates and constituents mingle during a Republican Party candidate forum held Thursday at the Trinity County Courthouse in Groveton. Photo by Tony Farkas/TCNS

GOP Party Chairman Scott Womack said these events are done during election cycles to get the word out to the people about the candidates.

“One of the most important things we have in this country is the right to vote and to elect our representatives,” Womack said. “Sometimes that’s taken for granted by people just not getting involved.”

Womack said voters can see the candidates, listen to them speak and to make a decision based on that and their own research.

“It helps them find the best candidate that represents the values of themselves and the Republican Party,” he said. “This is done during the primary election cycle every two years.”

Two more meetings are scheduled; the next is at 6 p.m. Jan. 31 at the Centerville school, and then at 6 p.m. Feb. 8 at Trinity Café in Trinity.

“Hopefully this will get the candidates enough exposure, and the people enough information,” he said.