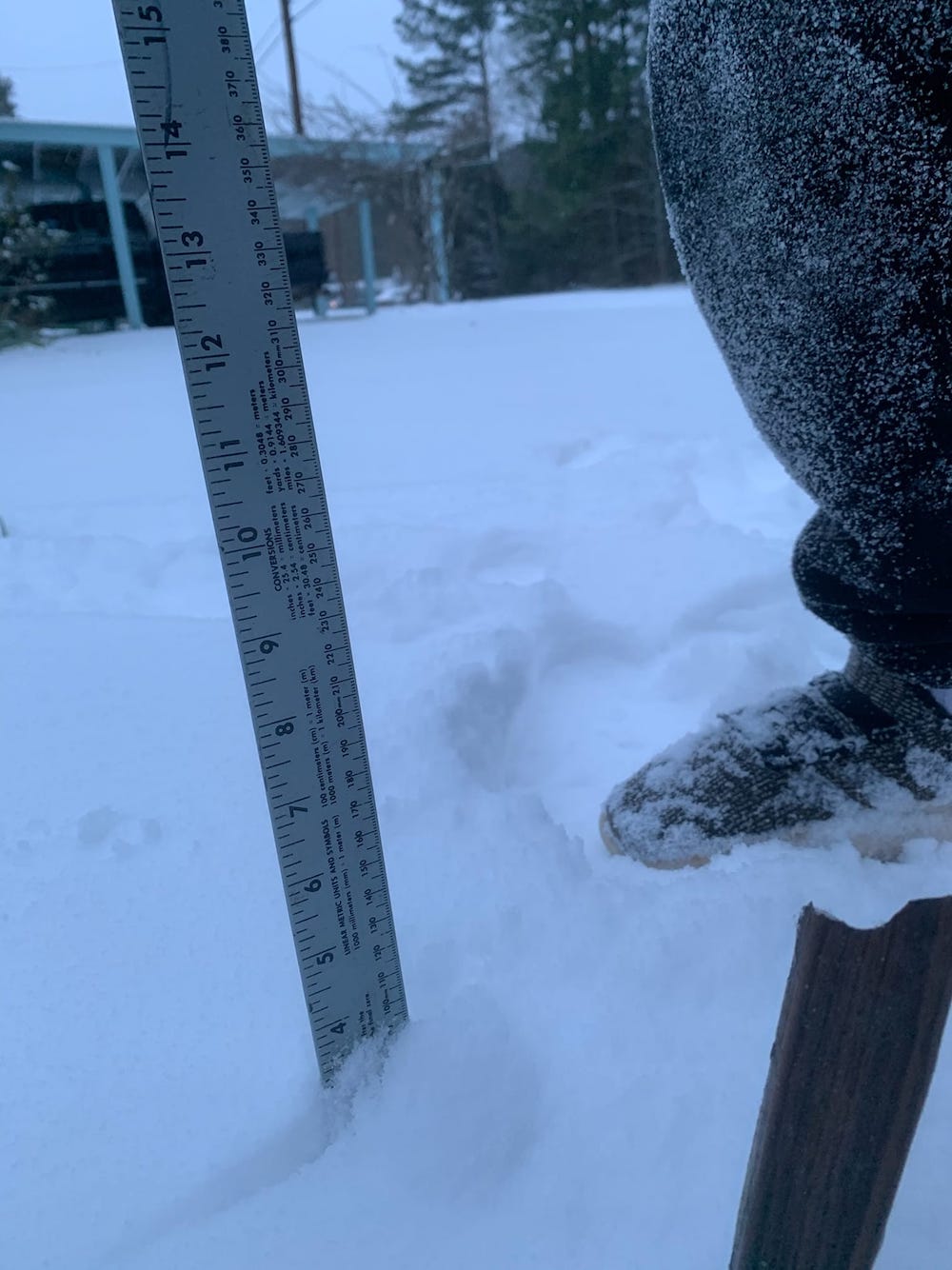 The area has been hit with record low temperatures and uncharacteristic snowfall, and Trinity County came to a standstill on Monday.

The possibility of a second winter storm bearing down on the region exists as well.

According to Trinity County Emergency Management, about 1,130 people were without power, mainly due to the overloaded electric service and the Montgomery County Power Station being down.

Trinity County Emergency Management opened a warming shelter in the Apple Springs area for anyone in need, and opened the VFW in Trinity as well.

Anyone feeling they are in need of the service can contact Justice of the Peace Richard Steptoe, Constable Brian McMullen, County Judge Doug Page or Apple Springs Chief Brett Selman.

According to The Weather Channel, Winter Storm Uri spread brought heavy snow and damaging ice to parts of the South, Midwest and Northeast. Winter Storm Viola has already begun in the West and will be right behind #Uri, bringing significant snowfall totals to many across the country this week. It is expected to bring snow to many of the same locations currently being hit by Uri. 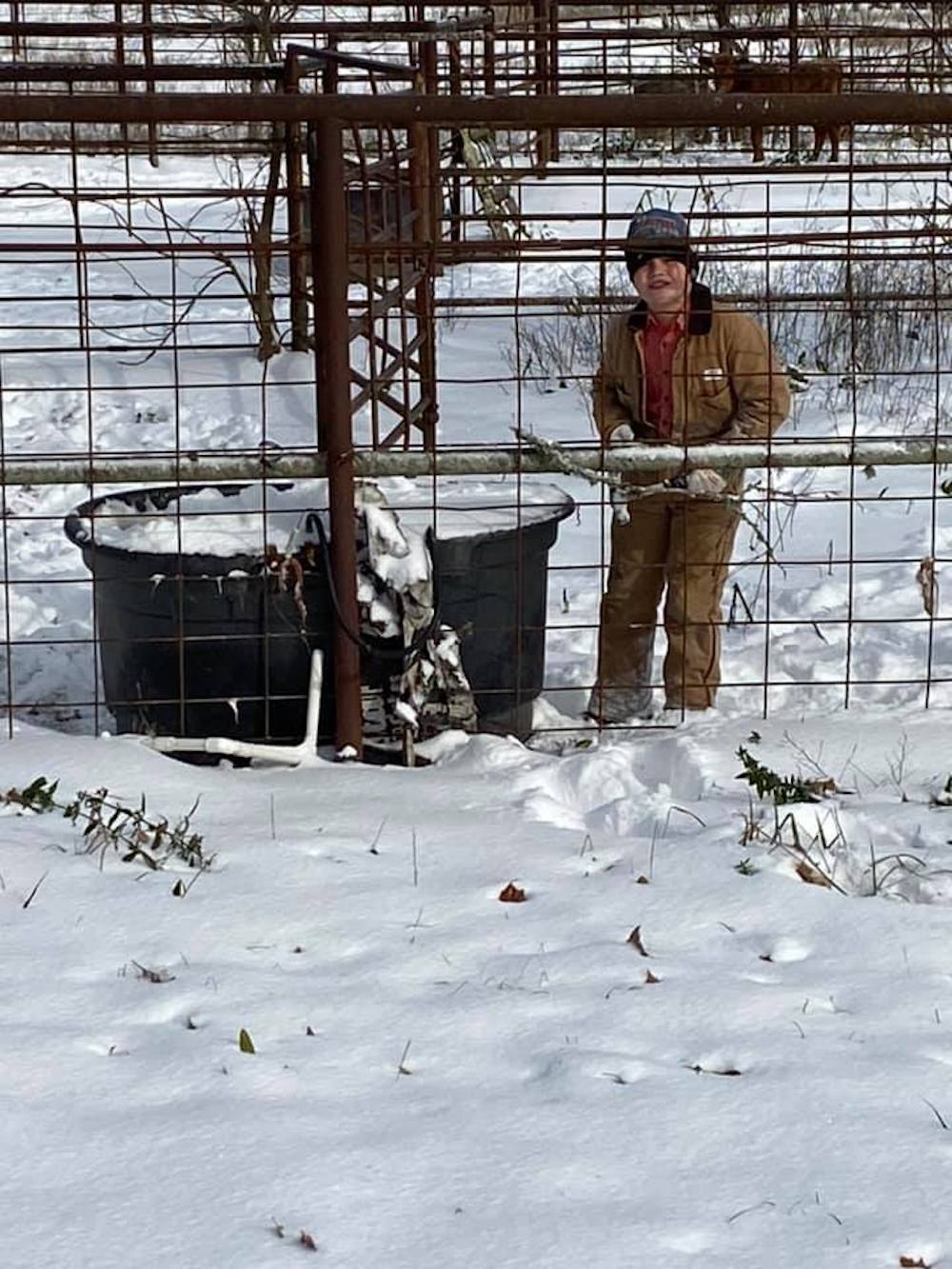 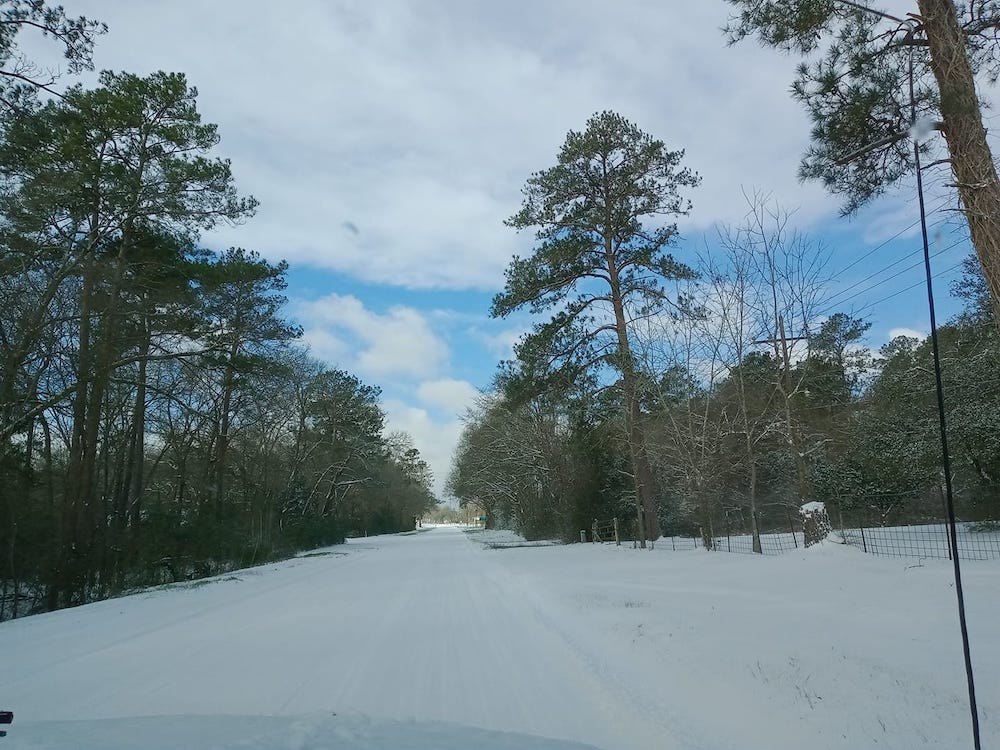 COURTESY PHOTO BY CHELSIE JO COOK Roads are beautiful, but dangerous, after a winter storm dumped several inches of snow in Texas.

TxDOT is encouraging motorists from traveling across the nine-county Lufkin District during the winter weather.

As of Monday, the Lufkin District currently had 170 employees working 12-hour shifts to monitor and address trouble spots as they arise, utilizing more than 125 pieces of equipment. Pre-treatment of roadways began on Friday.

“We want people to be aware that driving surfaces will freeze and we are doing all we can to prepare the roadways, but even with a brine mixture, if we experience the low temperatures they have predicted, roads will still freeze,” said Rhonda Oaks, public information officer. “I don’t think there is enough manpower to cover the more than 7,000 road miles in the Lufkin District with a brine mixture but we are doing our best. We have focused our attention on major roadways, state highways and farm roads, but we should remember that Mother Nature is and will always be undefeated. It is up to us to prepare our homes, our families and ourselves to stay safe.”

Crews will re-treat all major roadways as needed if conditions continue to decline, since additional moisture will re-freeze road surfaces after the initial downfall of snow and ice.

“Pre-treatment with a brine solution can reduce the temperature at which water freezes and assists with reducing the bond of ice to the roadway, but it does not guarantee that ice will not form,” Oaks said. “There will be patches of ice on local roads, even on roads that have been treated. If you must drive, motorists should reduce speed and stay alert. But because this is an unprecedented weather event, TxDOT is urging drivers to stay home and travel only if absolutely necessary.”

Visit drivetexas.org (or call 800-452-9292) for real time road conditions/closures or call 911 if you find yourself stranded or facing an emergency. For more information, call This email address is being protected from spambots. You need JavaScript enabled to view it. or call (936) 633-4395.