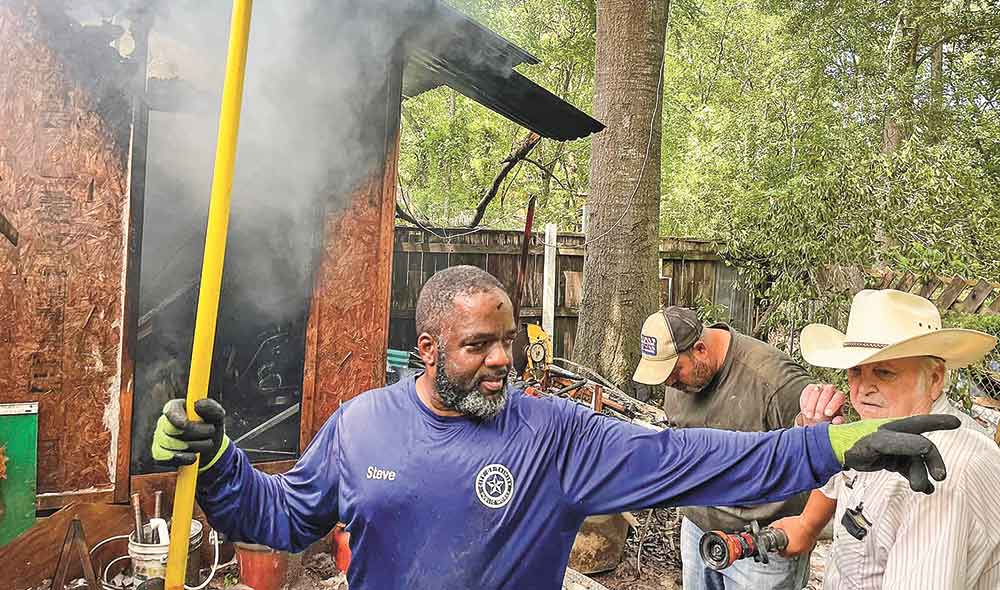 TRINITY — A fire that broke out at a home in Trinity resulted in extensive damage and the death of the family pet.

Assistant Fire Chief Keith Johnson said the blaze erupted around 12:30 p.m. on April 26 at 209 Eighth St., which is owned by Gustavo Alfaro.

The Trinity VFD responded with an engine and two tankers, along with 12 firefighters. Johnson said the first unit on scene said a shed had caught fire, which had spread to the nearby mobile home.

The fire was under control in about 20 minutes; however, the shed and house are a total loss and the owner lost his pit bulldog to the fire, Johnson said.

Firefighters were unable to determine cause due to extensive fire damage, he said.