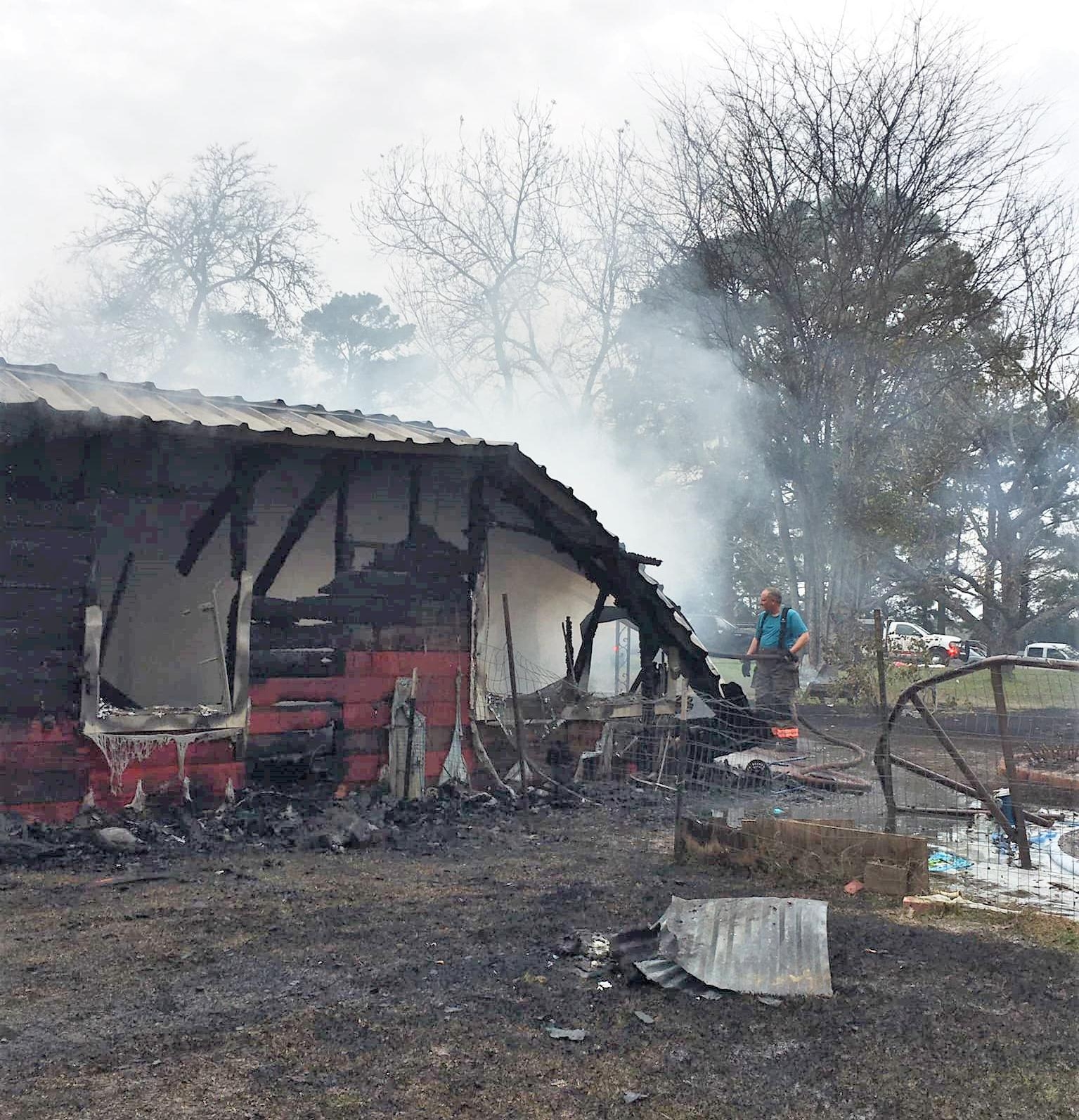 Pennington firefighters work the scene at a fire that occurred Thursday at a home on West Highway 358 near Pennington.

PENNINGTON — Christmas lights may be the cause of a fire that destroyed a home on Thursday in a home near Pennington.

Pennington Fire Chief Ross Vandine said the fire erupted at about 12:50 p.m. at the home at 10667 W. Highway 358, about 1 ½ miles east of the town. The homeowners’ identities were not released.

Vandine said there was a total of seven fire departments out at the scene.

Aside from the Pennington VFD arriving with three brush trucks and a tanker, Apple Springs responded with an engine and a brush truck; Groveton VFD came with an engine; and Trinity, Crockett, Kennard and Lovelady departments provided tankers,  which was necessary for the water, and all departments brought manpower, which Vandine said was sorely needed.

While the cause of the fire remains under investigation, preliminary reports indicate a Christmas tree was the cause. Vandine said the Fire Marshal will do further investigation.

He also said that the family had left house 15 minutes before the fire broke out, and no injuries were reported.

The structure and contents are a total loss.

Vandine said the Red Cross is providing some assistance to the family. Donations also are being sought to help the family, particularly for two sons who have lost everything. They are in need of clothes for two boys, ages 5 and 11, with youth sizes small or 6, and youth large or 12.

Items may be dropped off at the Pennington Water Supply.