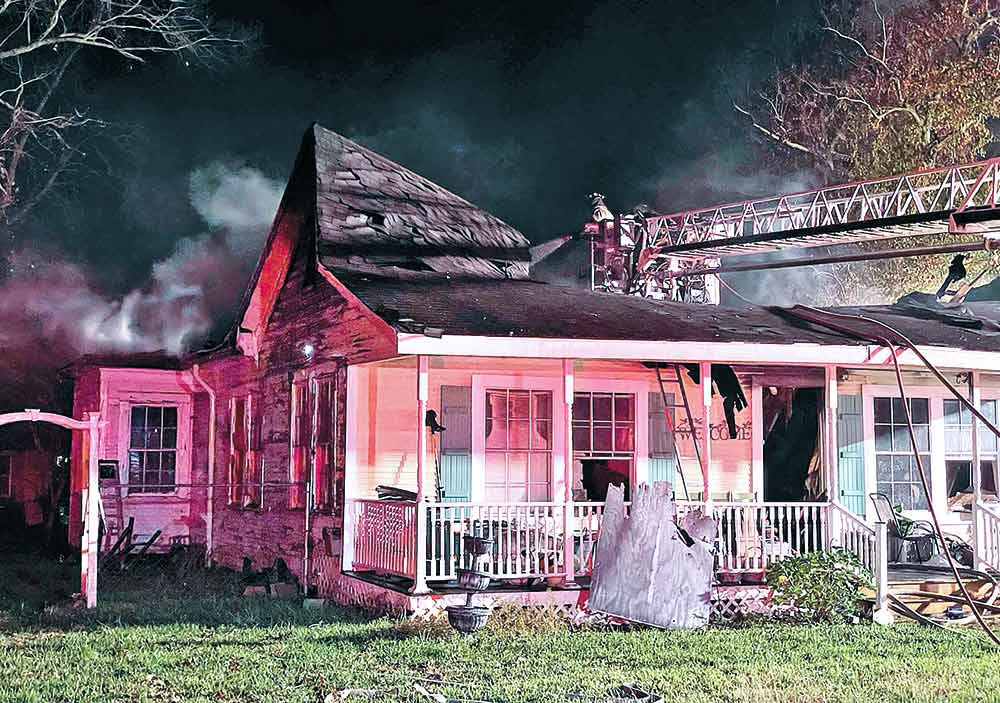 Trinity firefighters pour water on the roof of a home at 201 San Jacinto St. that caught fire on Nov. 24. Courtesy photos by Steven Jones

TRINITY — A single-family home was destroyed by fire early on Nov. 24.

Assistant Fire Chief Keith Johnson said the fire broke out in the home, occupied by Billie Newland and located at 201 San Jacinto St., at about 2:30 p.m.

Johnson said the Fire Department was notified at that time by the Trinity Police.

Firefighters responded with a fire engine, two tankers, a ladder truck and a rescue truck, and there were 17 firefighters on scene.

Johnson said they worked to extinguish the blaze till 6:30 a.m., but were called back 1 ½ hours later because hot spots flared up.

“When we arrived it was in attic, so we had a fight on our hands,” Johnson said. “It had a tongue-and-groove wood ceiling, and we had trouble getting into the attic. Once the fire got into ceiling, it burned through the whole roof.”

Johnson said there were no injuries or cases of smoke inhalation reported, but the house and contents are a total loss.

“It looked like it started in an electrical box in the kitchen, either an outlet or switch,” he said.