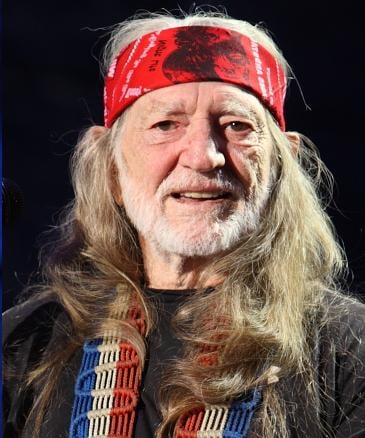 Musical movement s come and go, but one thing most folks (well, folks with any degree of good sense) can agree on is the greatness of Mr. Nelson. Actually, scrap that “Mr. Nelson” business – Willie is “Willie.” If Madonna is cool enough to be a mononym, then so is our native son, for he is infinite number of degrees cooler than Madonna, Cher, Beyonce (and any more recent singer or showbiz personality choosing to use just one name.)

Aside from being a genuinely great human being, Nelson is one of the classic songsmiths of the great American songbook, and a stellar interpreter of the music of others.

In no particular order, to celebrate the greatness of the red-headed troubadour, here are 10 songs that I believe to be among the top of the list in a career filled with incredible songs.

#1 Always on My Mind – This song, which features one of Nelson’s most emotionally charged vocal performances, was originally intended for inclusion on the Pancho and Lefty album as a duet with Merle Haggard. When Haggard passed on the tune, Nelson saved it for his next project. Even in a lush arrangement of strings and brass, Nelson’s vocal still cuts through and deftly communicates an earnest, heartfelt plea of another chance at a romance that has soured.

#2 Pretty Paper – A Christmas song from Nelson’s pen, this lovely melody frames a lyric about a man selling pencils and the titular stationery on the street. The song is a great snapshot of a type of person who is likely forgotten by many, and also a look at the way love is expressed among people during the holiday season.

#3 Angel Flying too Close to the Ground – One of Nelson’s most incredible lyrics, this song, which came from the same album as “On the Road Again,” is one of the best meditations on love and loss ever committed to tape.

#4 Blue Eyes Crying in the Rain – In an era when country music that was acceptable to the masses was drenched in strings and keyboards, Nelson made this Roy Acuff cover a certifiable classic from his stripped-down monumental LP Red-Headed Stranger. “Blue Eyes Crying in the Rain” contains not much, arrangement-wise, outside of Nelson’s trusty old guitar “Trigger,” his vocals, a bass and Mickey Raphael’s harmonica.

#5 On the Road Again – This song, which was reportedly written on a barf bag while Nelson was on a plane, is one of those classics that, like Nelson himself, is loved by just about everyone. The song, which chronicles the narrator’s love of being on the road and playing music with friends, is also one of Nelson’s biggest commercial successes.

#6 Pancho and Lefty – This song was already a classic by the time Nelson and duet partner Merle Haggard cut it for an album of the same name. Songwriter Townes Van Zandt was one of the original outlaws of Texas country music and managed to write this tune while on the road in the early 1970s. It is, without a doubt, one of the most lyrically complex standards of the American songbook.

#7 Crazy – This song, as well as the next one on this list, was one of Nelson’s early triumphs as a songwriter. Although it is best associated with the late, great Patsy Cline, Nelson’s own stripped-down version of it is magical in of itself.

#8 Night Life – Another early Nelson-penned classic, he sold the publishing rights to this song and a couple of others for peanuts when he was trying to eke out a living playing music. “Night Life,” with its jazzy phrasing, is one of the best odes to the late-night existence of musicians – it “ain’t no good life,” as the lyric goes – and has been covered by everyone from Ray Price to Aretha Franklin.

#9 Whiskey River – Like he did with “Pancho and Lefty” a few years later, Nelson turned another one of his buddies’ songs into a bona-fide classic and a signature for his life shows.

The Johnny Bush-penned ode to the power of distilled spirits for erasing heartache has been used as a show opener for Nelson for eons. The studio version off 1973’s Shotgun Willie is just a stone-cold classic.

The undeniable power of this Texas anthem is so strong that there’s probably not a single musician in any genre who doesn’t love it. The East Texas-based psych-metal merchants the Beef Masters used to close out their shows with a cover of it.

#10 Funny How Time Slips Away – Reportedly written the same week as “Crazy” and “Night Life,” this song, which was written about a short-lived courtship, opens up into a universal complaint and makes for a song that sounds like it has always been a part of our universal, collective consciousness.