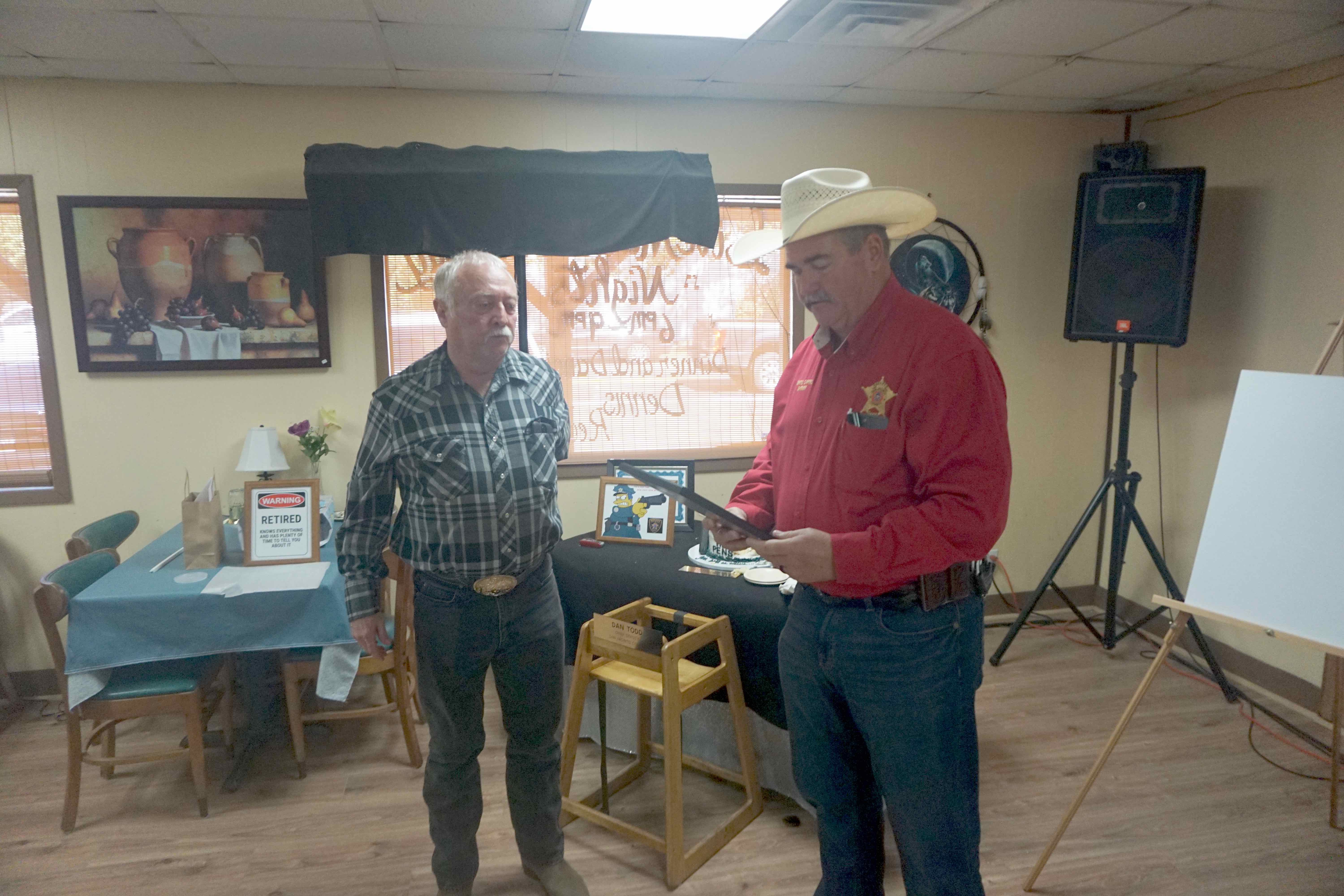 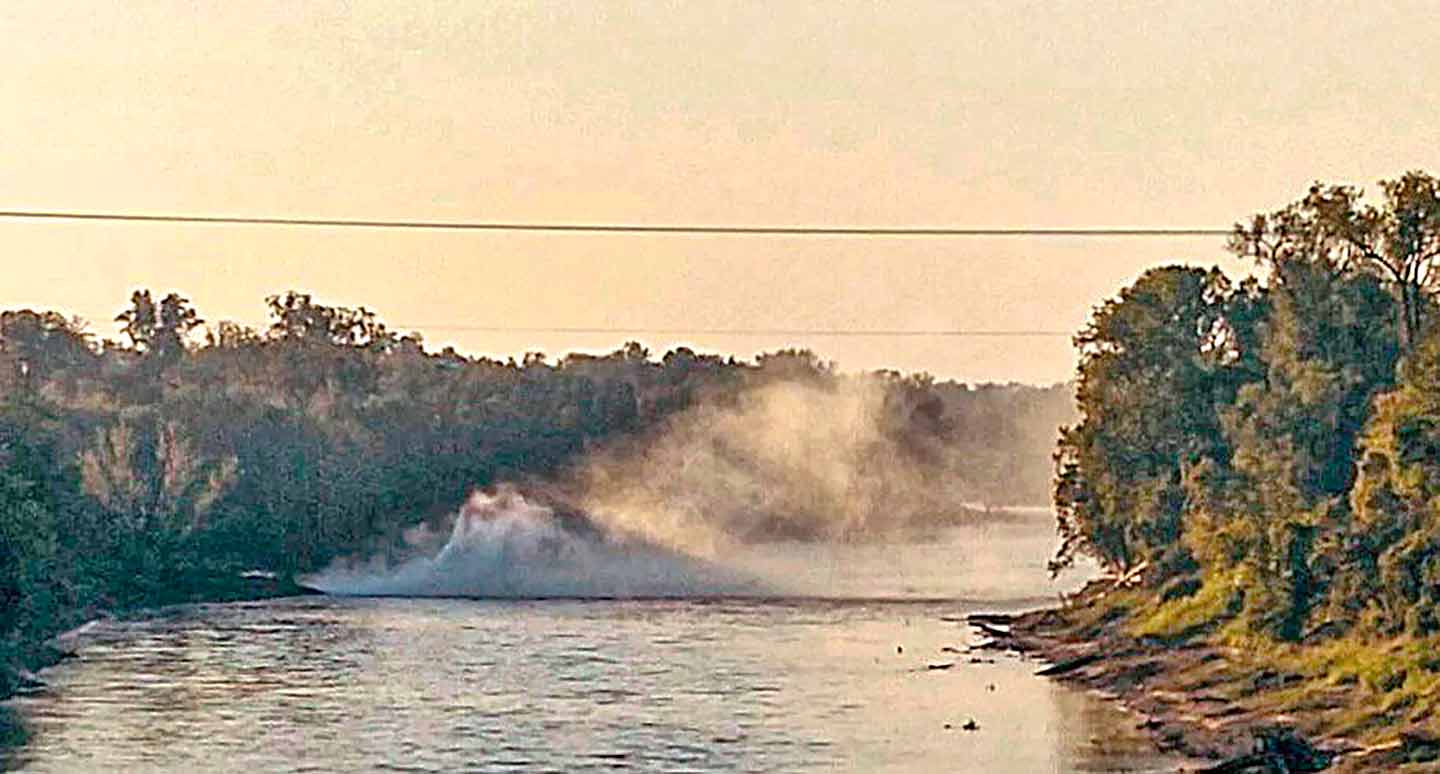 A natural gas pipeline explosion at Kinder Morgan, Inc. in Goodrich caused a shut down of U.S. Highway 59 in both directions and several nearby residences were evacuated for approximately one hour Sunday morning. (Photo by Kenneth Hambrick)

“It was pretty scary for a couple of hours,” Goodrich Volunteer Fire Department Chief Kenneth Hambrick said. “I don’t know what the cause of the explosion was. I heard the explosion and we started getting some calls about it.”

“It was non-lethal and a neighborhood was evacuated, but 20 minutes later, the evacuation was rescinded,” San Jacinto County Judge Fritz Faulkner said.

Once Hambrick and his department received word of the accident, he called the PCSO and traveled to the location of the explosion. Upon his arrival, others were on the scene as well.

“The DPS had the road blocked and a representative was there,” Hambrick said. “We could see from the bridge down the river where the gas was coming out. It was on the north bank of the Trinity River. We were on scene until there was no more gas release.”

About an hour later, there was no longer gas releasing into the atmosphere. According to Hambrick, he has experienced a similar situation in the past.

“I’ve dealt with them in my 50 years as a firefighter and 25 at Shell Pipeline,” he said. “Once there was no more gas release, we left the scene and traffic picked up again. It was in a remote area and natural gas is a clean gas, so when it goes in the air it dissipates.”

Fortunately for Hambrick, it was just a minor hiccup in his regular Sunday morning routine, although he didn’t say whether or not he made it to church on time.

“We were getting ready to go to church and I was drinking coffee when it happened,” the Goodrich resident said. “It kind of shook the windows at the house.”