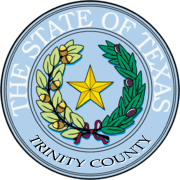 COLDSPRING — The first meeting of the San Jacinto County Commissioners’ Court in the new fiscal year started with a departmental bang.

At the regular meeting on Oct. 6, Grant Goodwin, a staff attorney with CLEAT – Combined Law Enforcement Associations of Texas — told the court that a policy that took effect Oct. 1 potentially could put the county in legal trouble.

“The county enacted something that will nullify a lot of people’s earned holiday and vacation time,” Goodwin said. “I’m sure it sounded good from a budgetary standpoint by getting rid of unfunded liability, but this has to be paid out under the law.”

The fact that the county has forced its employees to use comp time first has erased the value of vacation time, he said.

“Officers are banking large amounts of holiday time because they have to work those holidays being as you are understaffed and remain understaffed,” Goodwin said. “Based upon these actions, you may have a lot more openings in your department if you keep going in this direction.”

He also said that CLEAT does not like to get involved in litigation, but this is a very important matter, in that the county has reneged on its promise to officers who have earned their time off.

“In doing so, you’re telling them you don’t care,” Goodwin said. “You might as well vote to defund your department and go out and be officers yourselves, because you have a lot of officers who will be discontent.”

Deputy Sheriff Omar Shiekh, who has been with the county for six years, said he has done his fair share for the county and deserves the things he was promised.

I’ve seen a lot of false and broken promises, and it seems to stem from you all,” he said. “You need us, and you throw us under the bus time and time again. This is ridiculous. The animosity you have toward the sheriff, I don’t know what it is or what it’s about, it’s unfair. Making budget cuts to hurt the Sheriff hurts us. Your decisions are pissing us off every year.”

Having only two months to use the banked time is ridiculous, Sheikh said.

“It’s a staffing problem, not a management problem,” he said. “We don’t want to fight, but we will, if you want to.”

Goodwin said that some officers have between 700 to 1,000 hours on the books because of working mostly holidays.

“Forcing them to use comp time is the key,” he said. “You’re telling them you don’t get vacations in this county, and if that’s the case, then CLEAT will have to step in, and I’m encouraging you to look at this seriously and come up with a formula for employees to use their time.”

Following an executive session later in the meeting, the county voted to extend the deadline for using banked holiday and vacation time to October 2022.

In a separate matter, the commissioners adopted the criteria for redistricting.

Given the county population based on the 2020 Census was 27,404, the ideal size per precinct is 6,851. Precinct 3, for example, has 7,443 people, so the county will need to change district boundaries.

The law dictates that precincts must have equal population, plus or minus 10 percent, and not be discriminatory toward minorities