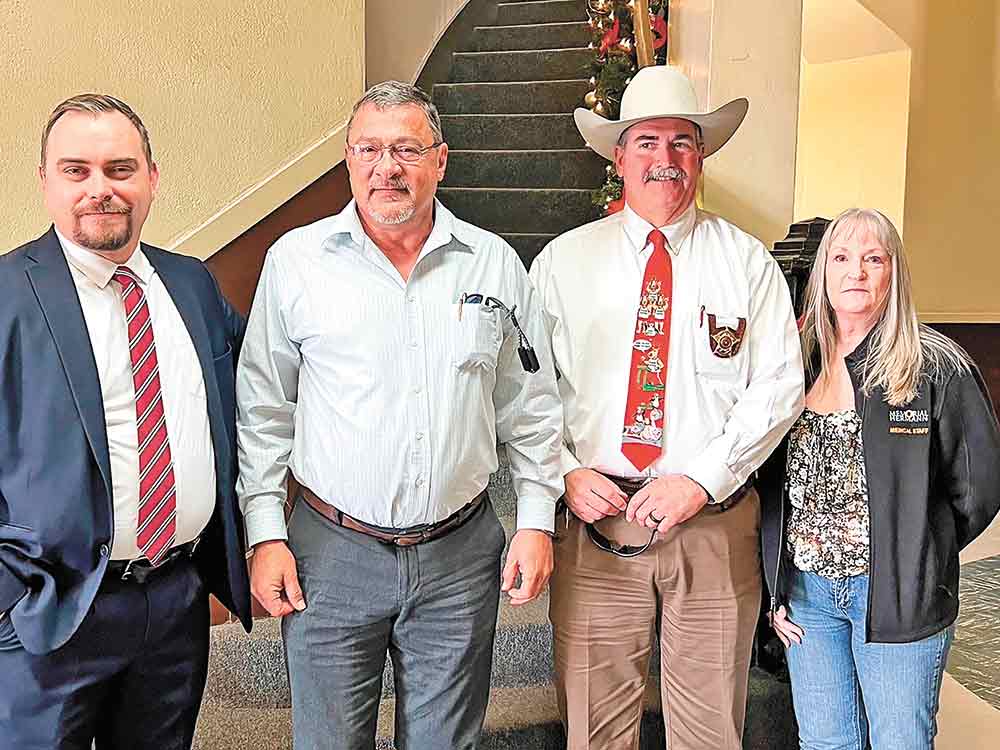 COLDSPRING — San Jacinto County law enforcement personnel came together last week to honor of their own, fallen in the line of duty.

Sheriff Greg Capers and Assistant District Attorney Todd Dillon  joined together to call attention to one of San Jacinto Counties beloved heroes, the late Deputy Bryan Pfluger, who on Dec. 21 two years ago gave his life in the service of the residence of this county.

Capers said he recalls only too well the unfortunate events leading to the demise of this “unsung hero.”

“It was late into the end of watch shift in 2019, just four days before Christmas, when Brian Pfluger was responding to a burglary call where it was reported that someone was being confronted, which heightened Pfluger’s concern for the safety and well-being of the occupants of the residence,” Capers said.

A second unit also was responding to the same call; there was an unfortunate accident between the two responding units. Pfluger’s vehicle struck the second unit while attempting to avoid a collision, which resulted in his vehicle rolling over ejecting Pfluger.

The other responding deputy, who was unharmed, immediately called for an ambulance; EMTs arrived within minutes to a horrifying scene and began administering CPR while rushing to the nearest hospital emergency room.

Pfluger was unable to regain consciousness and subsequently passed away from his injuries.

“Deputy Bryan Pfluger had only recently shared some of his anticipation for what was to become his young son Cadeyn’s second Christmas,” Capers said.