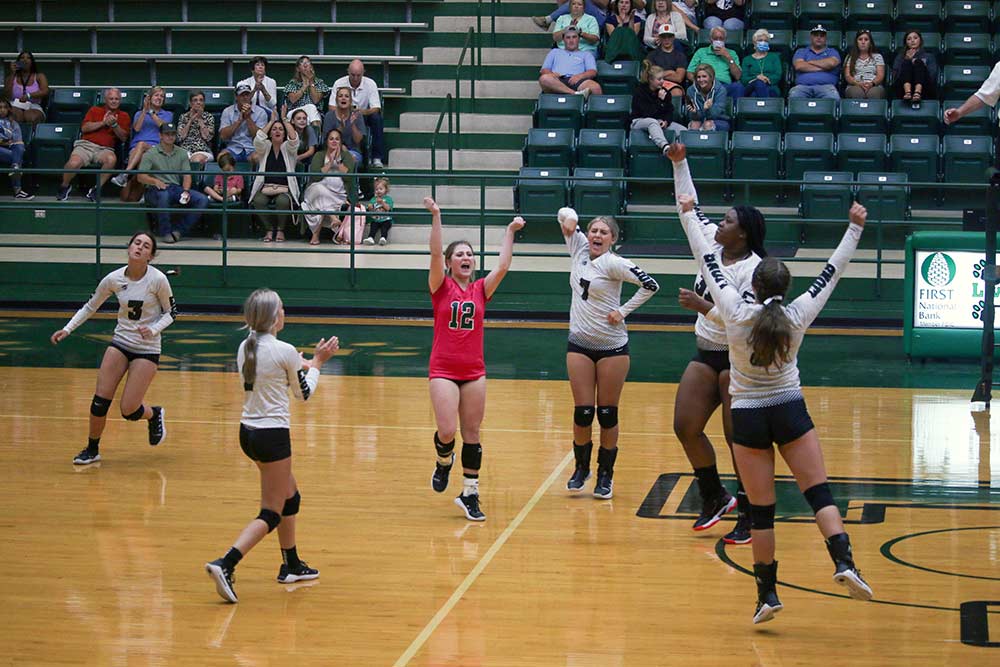 Every game was close, but a few key Livingston runs made the difference Tuesday in Lion Gym. For new head coach Macy Box, it is beginning a few steps ahead of where she thought the team would. She said the team has exceeded her hopes “probably three times what I was expecting.” There was the thought it could take a few years to reach the point they have, based on records from the previous season. 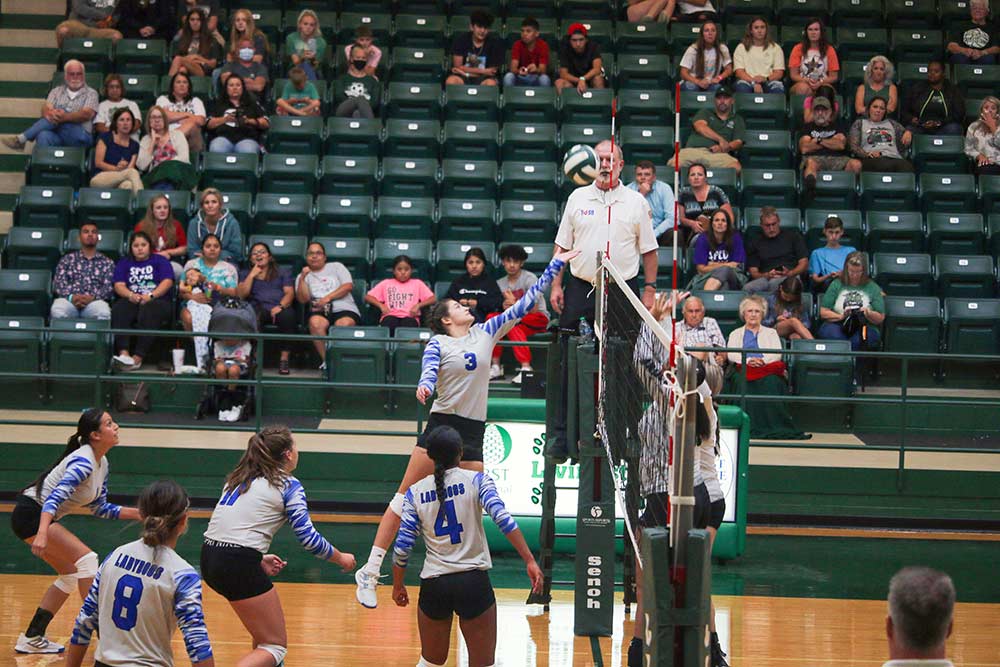 “They've proved me wrong and they proved me wrong Saturday in our scrimmages,” Box said of the progress. “I say that in a very proud way. I thought it would take a little more time to really buy in, but they bought in from day one and it really showed tonight. The girls really showed up. We still have some kinks to work out, but it is all going to come together, and I am super excited for district. Corrigan was a big competitor for us, and I couldn't be more proud of the way things turned out.”

Jon’Toyrian McNeal, Janae Bland and Taryn Orn stood out to Box in the win.“Duecey (McNeal) stepped in and helped us out a lot,” she said. “She has an eye for the court that I have actually never seen before. She can see the court as she is in mid approach, which is not something you can coach. That is an intangible that we are thankful for.” 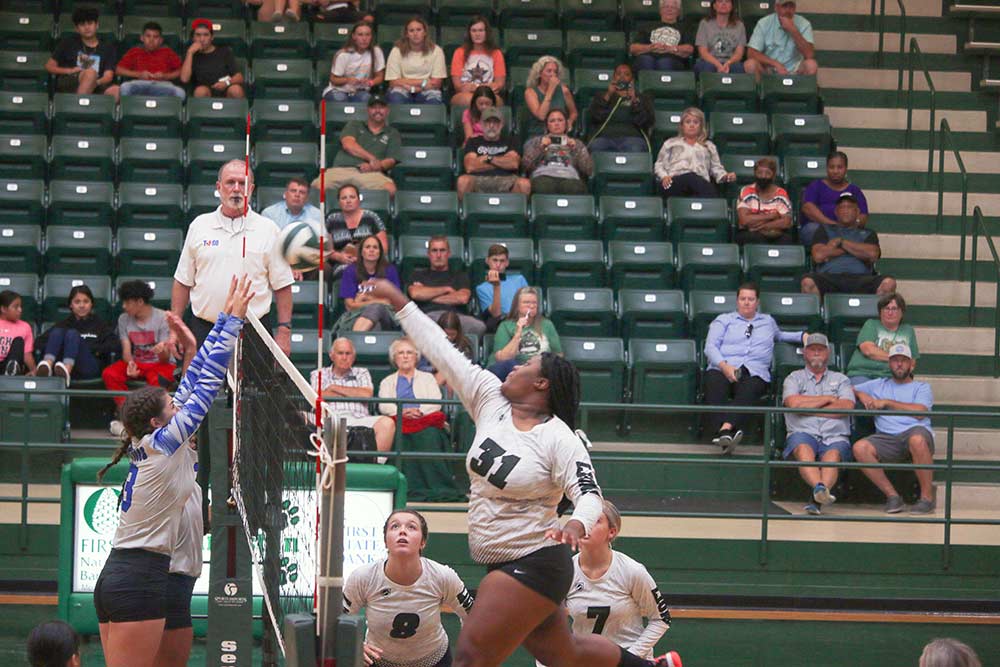 Corrigan-Camden was able to fight back in the second set to pull even. After a Livingston win in the third, the Lady Dogs held a 15-10 advantage in the fourth set that soon disappeared, turning the match in favor of the Lady Lions.

“We are going to hustle after the ball and we are going to dive everywhere,” Corrigan-Camden coach Sage Gardner said of the team’s positives. “We're going to do what we can to get the ball back over. Passing looked good tonight, we've just got to finish it and put the ball away. We are going to have to step up practice and get a little more intense. We've been doing a lot of big groups with all of our teams, and we are going to have to start splitting away to get the work in that we need.”Corrigan lost five seniors last year off a very experienced playoff group, but have another four this season to lead.“We lost our offense last year, in a sense, having someone who can put the ball away every time,” Gardner said. “With this team, they've got heart, they've got hustle, and our passing is better than it was last year. We are just going to have to find it and get there.”Tuesday was the opening game for both squads, and there is still about a month before district play. However, the season couldn’t come soon enough for Livingston’s new leader.

“I've been waiting on this game for a few months now,” Box said. “My girls have really bought in, which is exactly what I was hoping for. They have shown up and they are just as excited as I am, which is the reason why we won tonight.”

The Lady Lions will next take part in the Woodville tournament Thursday through Saturday, while Corrigan-Camden enters tournament play in Lumberton.