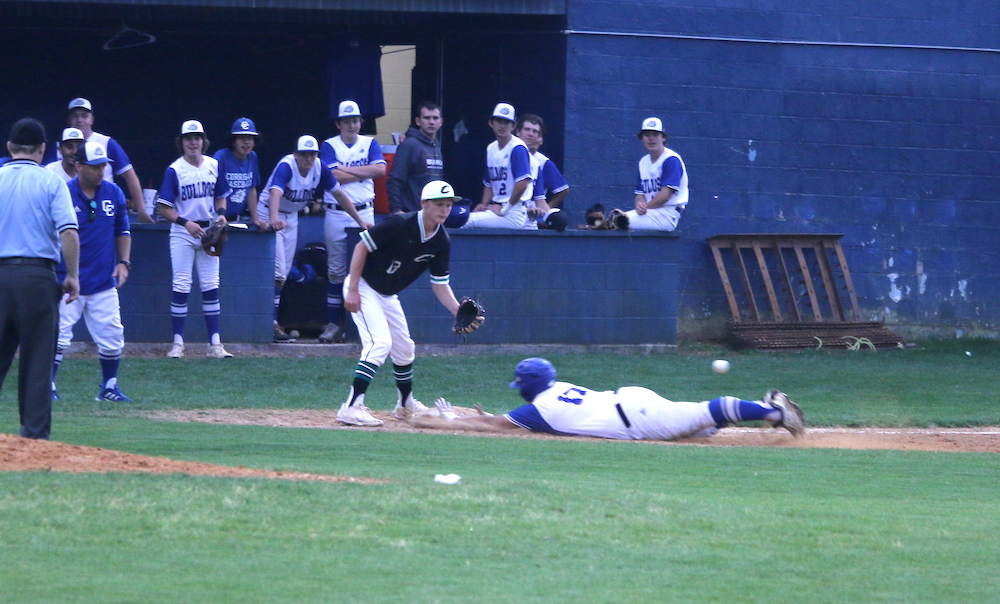 BRIAN BESCH | PCE Orlando Ramirez slides into third for an RBI-triple as Coach Kevin Purvis and the team look on.

Corrigan-Camden baseball finished out the 2021 season, sending off a longtime coach with a 10-0 victory over Central in six innings.

The home team started things off 2-0 in the first inning, as Javier Gallegos reached first via infield single and Matt Moody singled, pushing Gallegos to third. A double steal got Gallegos home, and Moody reached third on a throwing error. Orlando Ramirez then slugged an RBI-triple that rolled all the way to the wall in right field.

In the fifth, Julian Pavlino walked and Buddy Riddle sacrificed him over. Kason Riddle used that to drive in a run with a single. After Gallegos was beaned, a double steal moved both runners up 90 feet. Moody struck again, driving in a run on a base hit for the 4-0 advantage.

Moody was not only good in the batter’s box, but also shut out the visiting Bulldogs in six innings of work on the mound.

Six runs scored in the sixth to end it, as Issac DeJesus and Pavlino each drove in two with base hits, a run scored on a fielder’s choice and Moody delivered in the final at-bat of the season, driving a ball up the middle to score the runner from third.

Kevin Purvis coached his final baseball game for the Bulldogs Tuesday after 14 years of leading the program. He stepped back in 2021, allowing Amaro Villareal to take over as head coach.

“The kids really got after it and performed well,” Purvis said after getting the Gatorade bath from former players. “I couldn't be any more proud of them than I have been in the 14 years I've been doing it.”

Purvis said he enjoyed his time in Corrigan and is ready to step aside. He will remain on the Bulldog staff, concentrating his efforts on football.

“It has been just great kids, great attitude, great effort and a pleasure to be around them,” Purvis said. “We're turning it over to a good guy here. Coach V will take over and go with it. Coming back to my hometown and staying here 14 years and to be as successful as we have, I'm pretty proud of it. I'm also proud of all the kids and coaches that have come before.”

Corrigan fell just a game short of making the playoffs. Some fans were scoreboard watching Huntington and Diboll, as the Red Devils took a 4-1 win. A Lumberjack victory would have meant a postseason berth as the four seed for the ‘Dogs. 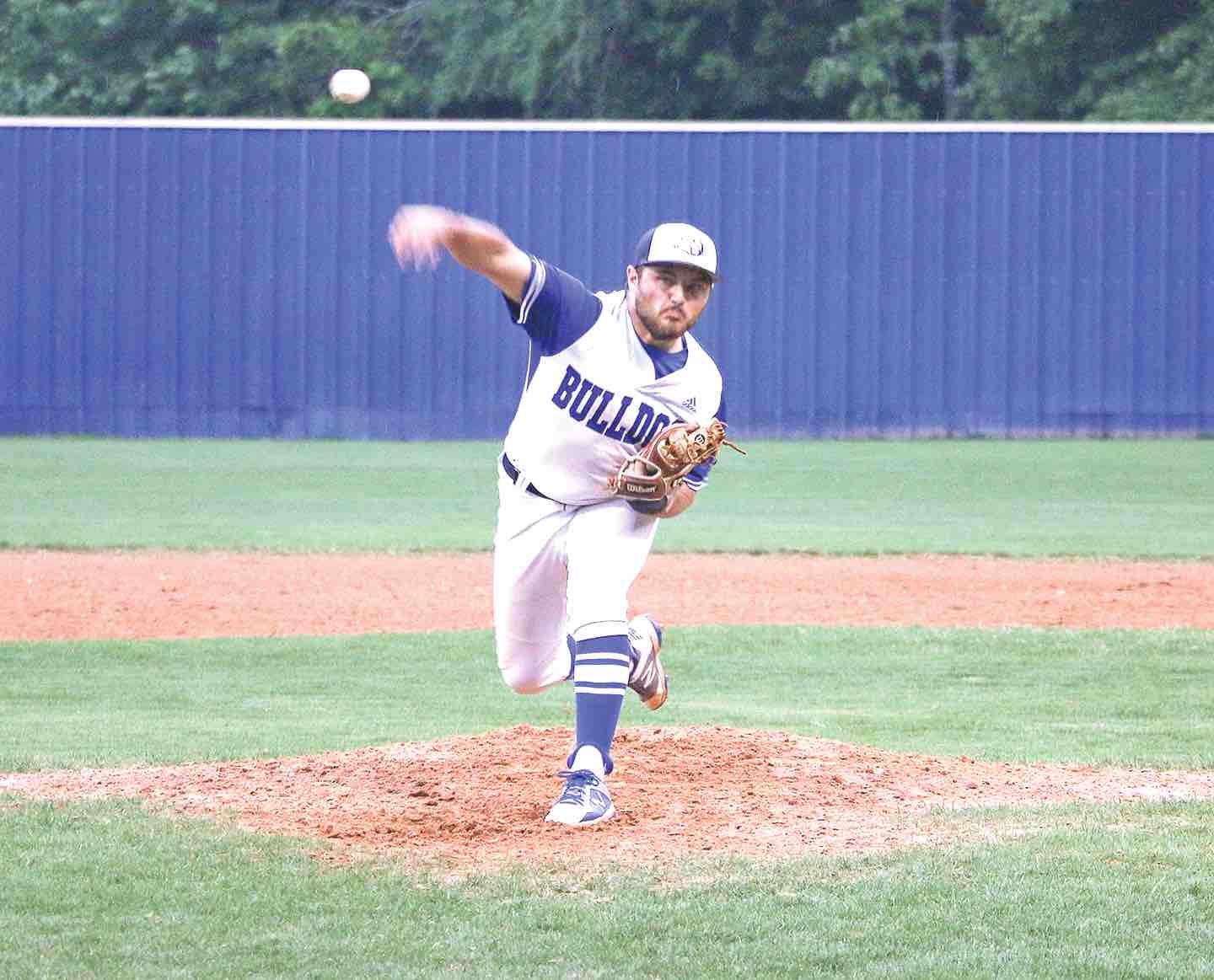 “We took care of what we had to do,” Villareal said following the game. “We left some games out there that we shouldn't have, but at the end of the day, we did what we wanted to and put ourselves in the situation to be here (in playoff contention). The season was up and down, and we are young. We have five seniors, but the future is bright.”

Many of those seniors played key roles and compose most of the top half of the order. Villarreal said others will need to step forward and they will need a few from a strong junior varsity team to fill some spots. The new coach said a few were purposely kept down on JV to allow for more playing time.

“We've won some big games and beaten some good teams in some good tournaments,” Villareal said. “As the season went on, we grew together as a team and it is going to be tough to replace those five, but I've got a good nucleus coming back. I'm excited for Corrigan baseball and I thank Coach Purvis for stepping aside this year and letting me get my process started to build for a new future here.”