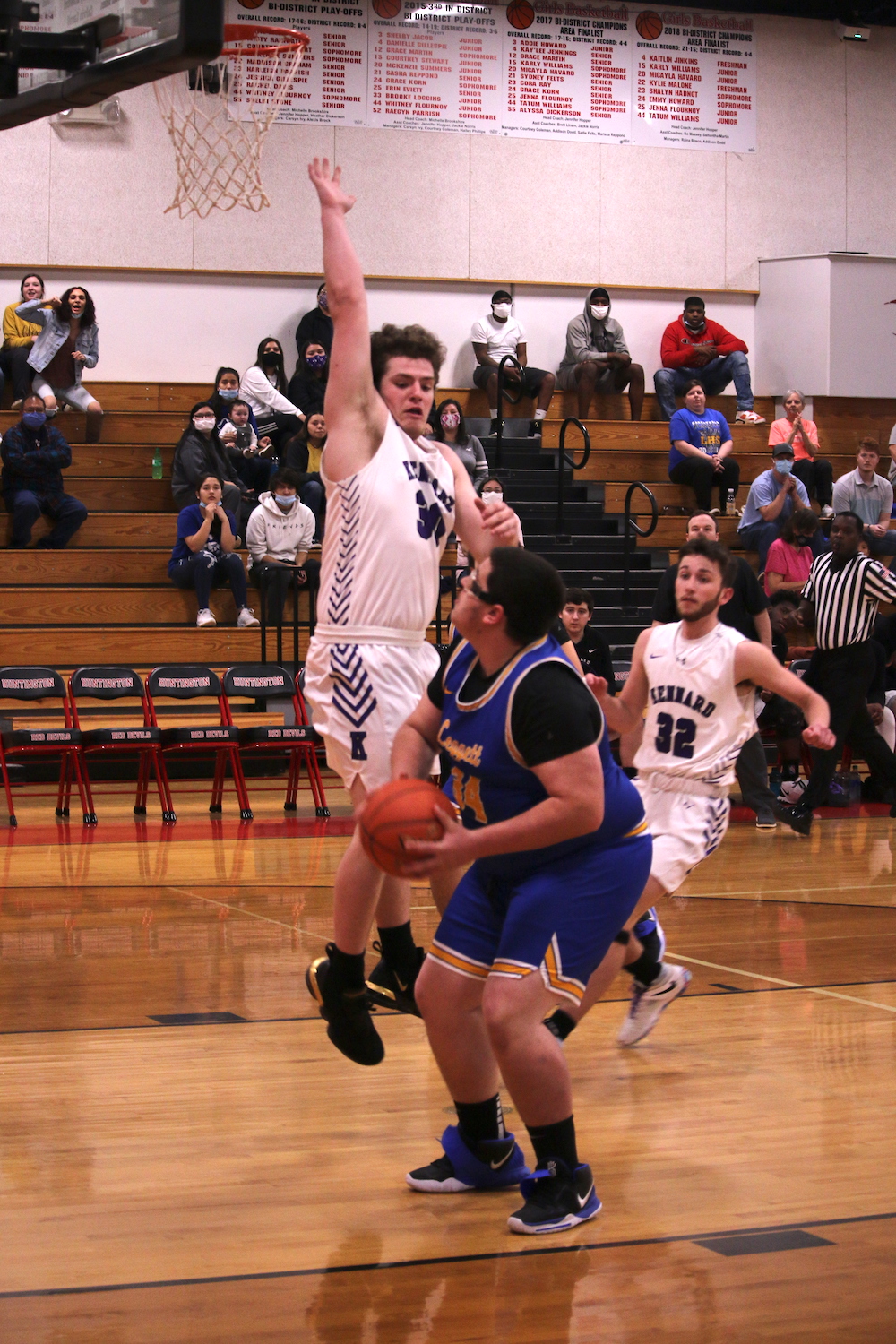 The bi-district round of the playoffs was not easy, but the Leggett Pirates outlasted state-ranked Kennard 39-36 in Huntington Tuesday.

Down 30-26 in the fourth, Kennard received contributions from five different players and outscored Leggett 10-9. However, a heave from behind the arc in the final second did not fall and allowed the Pirates and their fans to celebrate.

Leggett coach Sean Edwards felt that Tuesday's performance over the No. 17 team in 1A was the most complete of the year.

"I told the kids that you have to think about 10 years down the road -- any regrets or what you should've, could've, would've (done)," he said. "It is just representing your school, your family and everybody that was at Leggett before you. It is starting to jell and they know it is playoff time. I see serious on their face."

The game was the first competition in over a week for Kennard.

"We were very rusty," Tiger coach Cory Carden said. "We came off of almost a week and a half of no basketball. It really kind of put a dent in what we're doing. They got to play on Saturday and we could say excuses for all of that, but it came down to who wanted it more. I think they got more loose balls and they were scrapping too. They came out and won the first couple of minutes and I think that's kind of what kept their momentum the rest of the game."

Leggett established an early lead, but the Tigers would quickly recover. Hitting a 3-pointer to close the first quarter, Kennard held an 8-7 advantage.

"We got in foul trouble and we had to slow it down and play a half-court game," Leggett coach Sean Edwards said. (Our plan) was to press and run them. They broke it and they were banging us inside and they were physical at first. We had to change some stuff up in the second half and come with it."

Edwards agreed that the offense was able to relax a bit after ditching the full-court press.

"We play different types and different styles. We can play slow or fast, but we have to go with what gets us the win that night."

Leggett's JaColby Sells finished with 18 points, tops on the night. Teammate Chase Parrish added eight and Garrett Francois hit an important bucket and free throws in the final quarter. Kennard's Cole led the Tigers with eight points, while Jacob Catoe and Okoye Smotherman each had seven.

The Tigers finish the 2020-21 season with a district championship and plenty of individual accolades.

"We had a great year and I hate that it went down this way," Carden said. "We've played a lot better than this. We came out tonight, I think a little overconfident and rusty, but we had a great season. We topped at 17th in the state and I'm going to have an all-district MVP and I'm going to have first team all-district players. We had a great year, it is just that tonight was not our night. Games like this when it is playoff time, that one night is going to cost you. The playoffs are not forgiving at all."