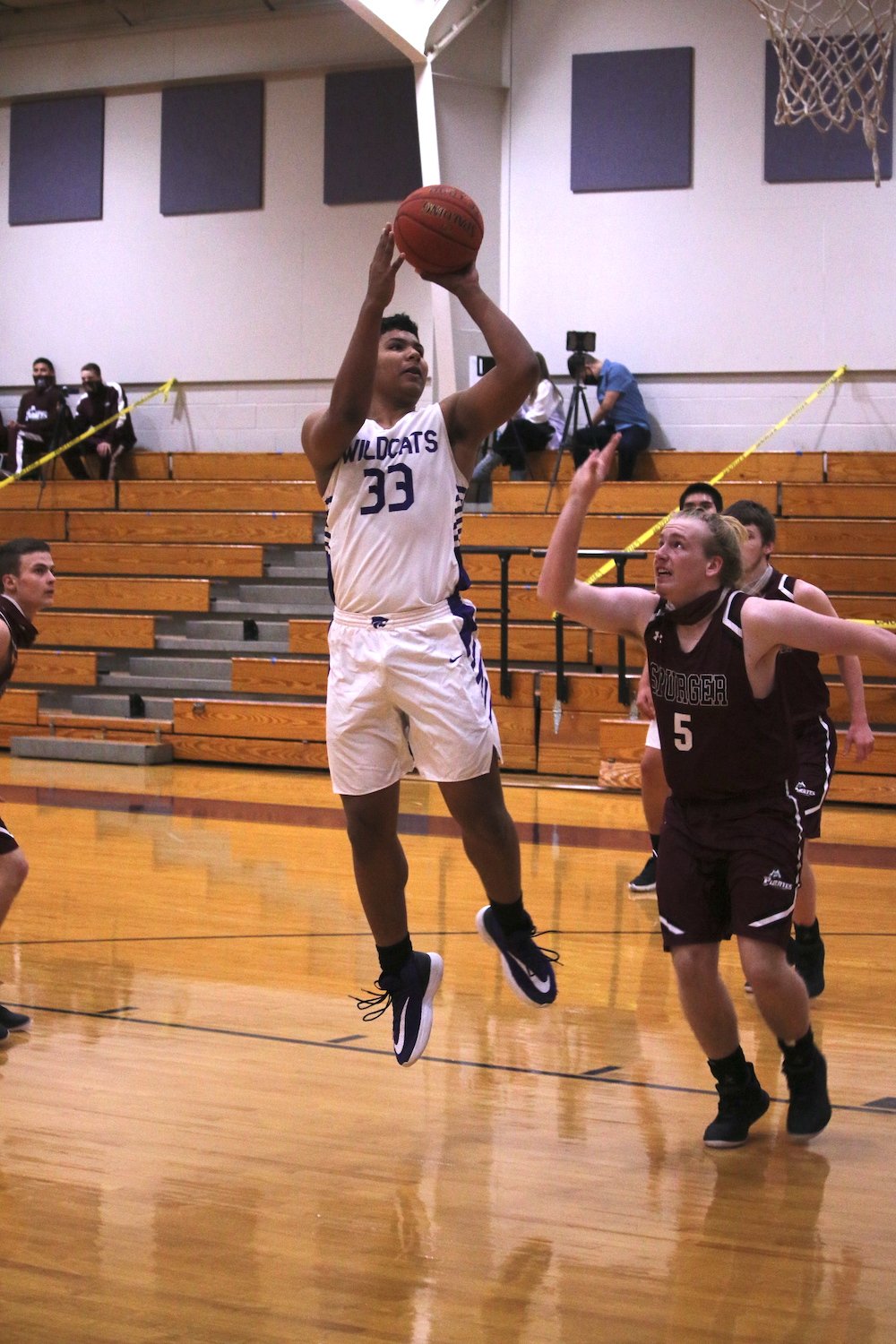 A stifling defense made for easy offense as Big Sandy breezed past Spurger 83-13 Tuesday. Turnovers gave the game the look of a layup drill at times, as the Wildcats led by 17 after the first quarter and 33 at the half.

Nearly at full strength, the Wildcats were too much for Spurger. The Pirates’ best quarter was in the first, scoring five points. Meanwhile the Big Sandy attack never amassed fewer than 19 points in a period.

“We’ve got nearly everybody back,” Wildcat coach Kevin Foster said with a bit of relief. “We went on a stretch from Thanksgiving until Dec. 28 where we constantly had two or three guys out. We've played a lot of bigger schools, so it has been tough on us. I kept telling the kids that it will prepare us for the long run, even though we are taking our lumps now.”

The ‘Cats spread the wealth, with each of the eight players scoring at least four points. Michael Hamilton was tops amongst them with 14. Elias Bullock scored 13, Kaden Foster and Josi Celestine both had a dozen, and Adrian Thompson had 10.

“The last few games we have really worked on getting the ball up and we go through stretches where we struggle to score,” Foster said. “We need to get into our offense quicker and really transition and fast-breaking. We have done a better job of that as of late. I feel like the one thing that we've done well for the past couple of games is defend. We’ve also rebounded well all year long.”

Much the same as the girls, Foster believes Friday's game at West Sabine will be in an important one for his Wildcats. The two schools were projected by many to finish first and second in the district.

“It is going to be a challenging and difficult game, but that's what makes it fun,” the coach said. “I told the kids that we will be focused these next two days in practice to get ready to play. They probably have the best individual player in the district. He has started for them since he was a freshman and is a junior now. They have some good athletes and we are looking forward to it.”