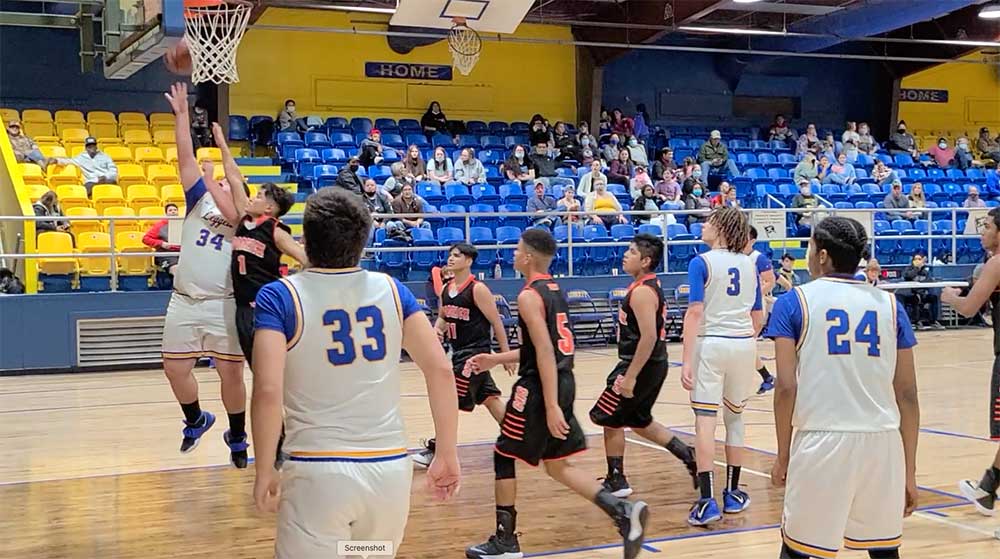 Round one of the Polk County rivalry went to Leggett Friday night, taking a 59-27 win over Goodrich in Dudley Dickens Gym.

Varian Flournoy paced the Bucs with 26 points and Chase Parrish added 15. Leggett was consistent in each period, scoring at least 13 every eight minutes of play.

“We played good ball and (Goodrich) Coach (Lester) King always has stuff up his sleeve,” Leggett coach Sean Edwards said. “They played hard with five guys, so you have to give it to them. I like that we find ways to win, but sometimes our effort is lackadaisical. We are just not getting rebounds and not being aggressive enough. Regardless of the opponent, we have to be aggressive every time.”

The Pirates held a 17-5 advantage after the first quarter and would only add to it from there. Goodrich improved as the game developed, scoring nine in each quarter of the second half. The Hornets were led by Joacxi Garzon with 20 points and freshman A’mareion Bookman had six.

Edwards says he does not believe that his team has played anywhere near its potential this season.

“This year's team is better, team-wise, than last year,” the Pirate coach said. “They don't even know how good they are, but they are finding ways to win. We need more fundamentals. We need to block out, rebound and do the small stuff, playing together.”

It has been difficult in the 2020-21 hoops calendar to get some of those fundamentals, with a four-week break in the middle of the season, but Edwards hopes to get some basics established during district.

Goodrich knows all about difficulty, down to only five players. There is little room for error — or fouls. Much the same as Leggett, King is getting hoping to teach his baby bees on the fly, as district play continues.

“They are young kids and they get so excited on offense,” King said. “They need to just slow down a little bit. I told them that we did just what we needed to do. We attacked the basket and in the first half we shot 18 free throws. When we got in the paint, we just couldn’t make a layup. When you are not scoring and not making layups or free throws, you have to concentrate on defense. It is hard for young kids to do that.”

Goodrich received its first win of the season over Chester earlier in the week, and the Hornets will try to build on that going forward.

“It is hard when you don’t have people to practice,” King said. “We go over there with the girls sometimes, but it is not the same. If you can get 10 people where you can go to war in practice, you don’t get as excited. But this is like a culture shock in a ball game and you can’t get anybody hurt. We are just going to keep working and try to get in these playoffs. That’s the goal.”

Goodrich will host Chireno on Tuesday, while Leggett travels to Chester.