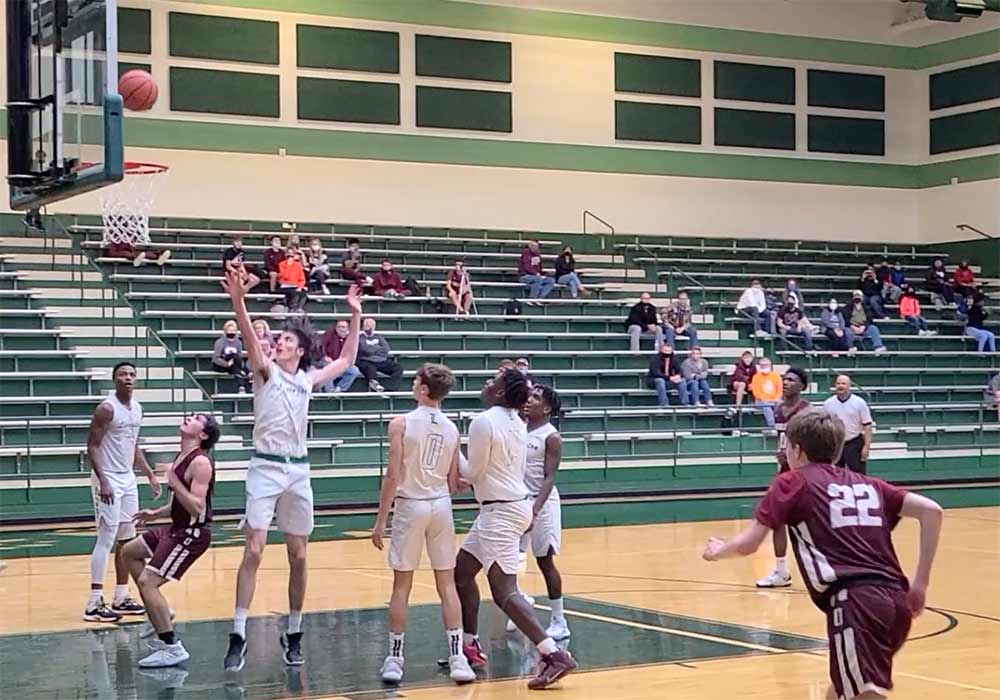 LIVINGSTON— The Livingston Lions escaped Tuesday with a narrow 59-55 home win over Onalaska.

With several lead changes in the final period, the Lions were able to hold off a surging Wildcat squad. Onalaska put up 20 points in the fourth quarter to keep the game in doubt until the last four seconds.

“I'm proud of my kids, especially being down two starters,” Onalaska coach Nick Tyerman said. “To have this game and play as well as they did, I am so proud of them. When you look at the other side, they have the depth and we had five left. We had one get hurt and one foul out. It was a great game, but not what we want, because we always want to win the game. For our last competition before district starts Friday, I feel great.”

Tyerman said Tuesday's game was one of the best that his team has played on the young season.

“Probably close to it. There was good execution and good patience and a good all-around game on both sides of the ball, which I'm very proud of. I love how much we moved around on defense. We flew around to the ball and drew a lot of charges, we closed out hard and we made it tough for them to score. I think they really didn't start getting it inside until we started getting a little gassed there at the end.”

Lion Chris Washington led all scores in the game with 23 points, Jontavian McNeal had nine and Willie Fagan had eight. For the Wildcats, Chase Fletcher led with 15 points and blocked several shots, Kevin Redden had 14 points and Ryan Kratz added a dozen.

Early on, the Wildcats held an 8-3 advantage before Livingston found their footing. A late 3-pointer put Onalaska up by one going into the second quarter. The Lions moved back in the front and remained there until the fourth quarter, holding leads of as large as 16 points.

“We went to full-court man some and then we came back and just put pressure on the ball, and that got us back a little bit,” Livingston coach Calvin Phillips said. “Every game that we've had the last few ball games, we've kind of been behind. It is always us coming in on man-to-man defense, making a quick steal and going down to score to turn the game around.

“I didn't think we guarded the ball very well. That was something I was a little afraid of going in — that the 3-ball was going to hurt us. We went out there with our hands down. The times that we got up there and got our hands up and guarded the ball, they didn't hit their shots. I thought that was the key. You can't take it away from them; they shoot the hell out of the 3-ball.”

Perimeter shots were falling for the Wildcats, which always seems to be a little more important in Onalaska. Previous teams by the lake have lived on the 3-pointer, but Tyerman believes that is changing a bit this year.

“This year, we've been more 50/50,” the Wildcat coach said. “They, for some reason, were playing more for our drive, and I think that is because the last few games we have been attacking more. That is what has been there. We are so known for our 3-point shooting that everyone wants to take that away. Now we've become a little more balanced and we're better at reading the defense, where we can see what they are going to give us today. We are taking advantage of it.”

Down by eight going into the fourth quarter, the ‘Cats continued to work their way back into the contest. They took a one-point lead at 47-46 with 4:30 remaining.

With just 22 seconds to go, Onalaska’s Kratz hit a free throw that tied the game at 55. Fagan connected on a jumper in the lane to put the Lions back on top by two. After a defensive stand, Washington was fouled and made good on both of his free throws to put the game out of reach with four seconds on the clock.

Though it was there at the end when the Lions needed it most, Phillips said he worries about his half-court offense because his team lacks patience at times.

“We have to win off of our pressure defense, because if we don't, we are going to have a hard time. Everything has to be in transition getting layups off of steals and that type of stuff. If we get it going, it's going to be a little bit different.”