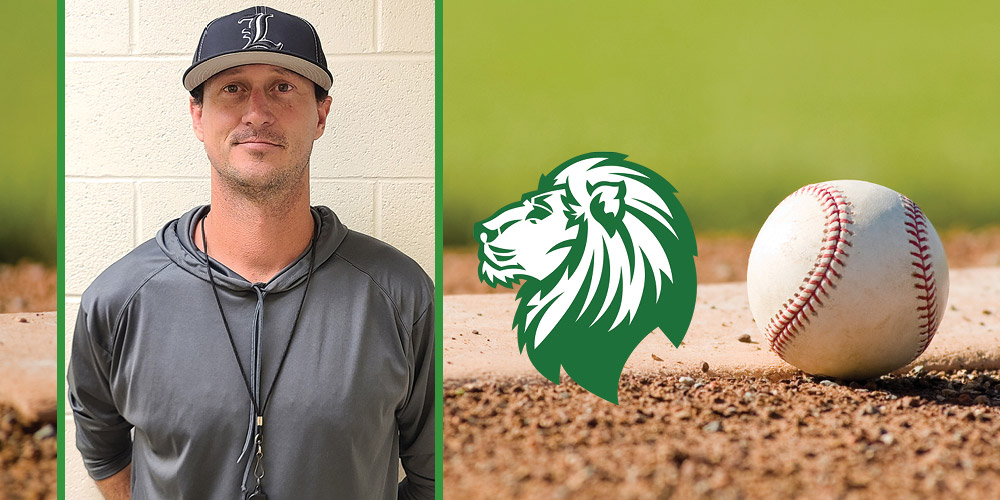 Livingston’s new baseball coach could easily be mistaken for someone associated with the basketball program. Coming out of the coach’s office in DeWalt Field House earlier this week, the 6-foot-10 David Miller fills a door frame quickly.

But Miller has certainly not been miscast. The former pitcher spent multiple years on the diamond professionally after successful high school and college stints.

“It was a great experience,” Miller said of his playing time. “I was fortunate enough to get drafted by the Astros in 2007 out of Stephen F. Austin.”

Miller spent two years in the Astros’ organization, a year with Toronto’s and a few weeks hurling for Miami’s. He reached the High A level for a few days, spending most of his timein short-season Class A ball. From there, he played some Independent League ball and in Australia.

“When I got drafted, I had 36 hours left, so I had to go back and I kind of felt like Billy Madison a little bit, going back to school and on campus. I definitely had a different perspective on it at 26 when I was going back to school than I had at 21. I got to work with (now-Texas State pitching coach) Chad Massengale, who was the pitching coach there. In 2013, I finished up my master’s degree and I had to find something that would pay a little bit.

“I actually talked to Coach Vanover to see if he knew of anybody looking for a baseball guy. He said, ‘Yeah, we are.’ He was at Tomball Memorial at the time. I had never lived in Houston in my life and all of the sudden, I don’t know a single person down there and ended up down there for four years. Then, Klein Cain was opening up and I put in for the head baseball job there and was fortunate enough to get that job.”

There is a connection between an athlete Miller coached for the past four years and a recent Livingston graduate. Cain star outfielder Trent Baker will soon be the roommate of Damian Ruiz at Houston Baptist University.

The Fort Worth native led Cain to bi-district finalist finishes in each of the past two years. After five years at the school, Miller and his wife decided it was time to move out of Houston.

“It was a situation where Coach Vanover reached out to me and told my wife and I that he wanted us to come up and wanted us to see (Livingston). They were looking for a new head baseball coach, so we came up. We actually went and watched them when they played Sealy. That is a big move, it is not like going from Tomball to Magnolia. It is over an hour commute, so we had to make sure we wanted to do this. They showed us around and we met a bunch of people. We went to the game and Livingston beat Sealy and it was the environment that we felt like would be good.

“The community came out and came out in a big way. There was a good crowd. I am almost 7-foot tall, so I tried to be as incognito as I could. We just kind of wanted to see everything. They were extremely supportive for the team, and they were loud and intense. They were into it, and it had a feel of ‘This is what we want.’ Our son is about to be five and this is a community that we want our son to grow up in. He will begin kindergarten this year.”

Vanover and Miller’s father, Shott Miller, coached together at the old Beaumont French High School, winning a football state championship together in 1984. Shott was the head baseball coach there for 10 years, getting out of coaching and moving the family to Fort Worth soon after Miller was born during that championship season.

Miller will also coach football, where he has been a wide receivers coach in the past.
He is now working with all athletes in Livingston’s F.A.S.S.T. Camp. He estimates an average of around 18 students from the baseball squad that have come out for skill work, a handful of which have been out every day.

“I know we are returning a lot of guys and I think we only graduated three seniors,” Miller said. “We’ve got a lot of guys with experience coming back. I like the way they played. They fought and got after it and the kids seemed intense. They seemed locked in and were playing for each other. I am excited to see what we can do, and ready to get these guys lifting and as strong as we possibly can. That is something that we have had a lot of success with the past five years. I have already told the guys that I believe in the weight room and that we are going to lift and be strong. The potential to be extremely successful is here.”

The new coach sees himself as someone who emphasizes pitching and defense, saying those two components give teams a chance to win any game.

“Right now I am just seeing what we’ve got. You have to adapt to the kids that you have. If you don’t have a bunch of good hitters, but you’ve got some great arms and you can play defense, you prepare your guys to win a lot of one-run and two-run ball games. If you’ve got guys that can swing it but can’t play defensively, you’re just going to have to score more than they do. A lot of that will come when I see them out there and we will adjust. There are some things that we can do depending on what we have. We’ve got some guys that are going to have to step up. Guys that maybe they didn’t lean on as much last year are going to be leaned on more this year. We have to find some guys that will step up and that is the guys we are going to roll with.”