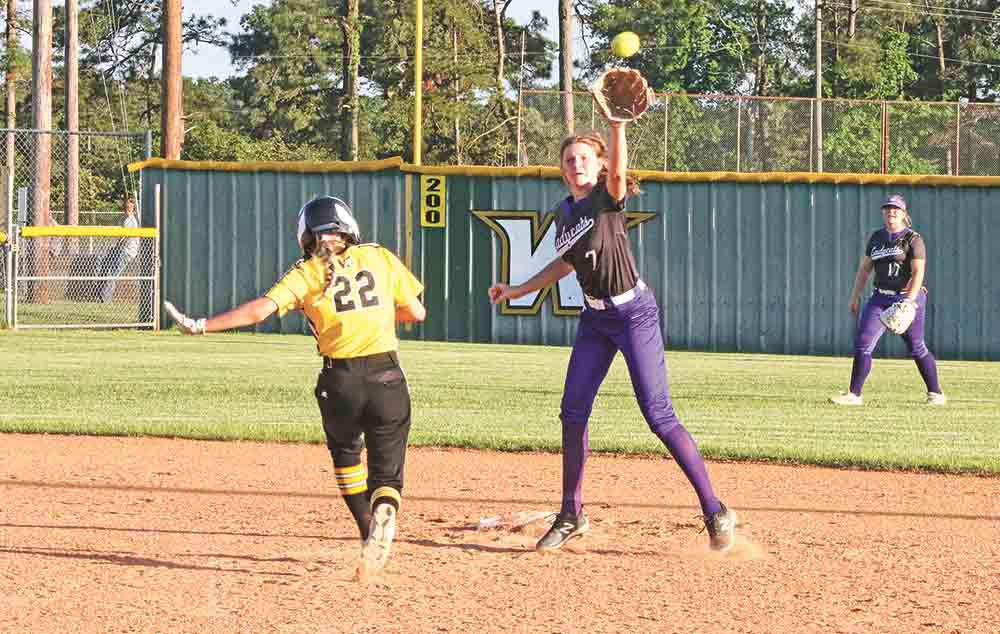 The Big Sandy softball season ended Friday in the bi-district round of the UIL playoffs, on the wrong end of a 17-0 final versus Woden.

The Lady Eagles wasted no time getting on the scoreboard, putting up two runs in the first. Walks were an early problem for Big Sandy, as four in the inning loaded the bags. A bunt single brought in the first run, while a sacrifice fly scored the next.

Wild pitches, passed balls and a few errors allowed for six more runs in the second, effectively ending the competition.

“We knew coming into it that this team was the real deal,” Big Sandy coach Mark Young said. “They were tied for first in district up until the last game and wound up getting second (to West Sabine), losing 2-1. We knew their pitching was really good and that was proven here today. They are one of those teams that capitalizes on every opportunity. We lost a couple of players to this, that and the other, which really hurt us. I hope that those players see that and see what it did to this team. I hope we can come back stronger.”

The Lady Cats had their best stretch near the end of the contest, holding Woden to just one run in the bottom of the fourth. In the top of the fifth, Lauryn Hoffman reached with an infield single and Madison Gardner pushed her over with a fielder’s choice. Hoffman then stole third and Anastasia Chitty walked.

“We had a really good group of seniors, with not a whole lot of experience in that group,” Young said. “It is just one of those groups that responds to coaching and is willing teach the younger kids and help them out. They have good attitudes and will do anything that I say. That is just fun to coach. I have a few younger ones that are coming up, but those are going to be tough spots to fill. In the outfield, I’m losing three. It was a struggle just to make it here. We had to beat out Evadale the second time we played them. We wound up doing that and playing well, and that is a testament to them.”