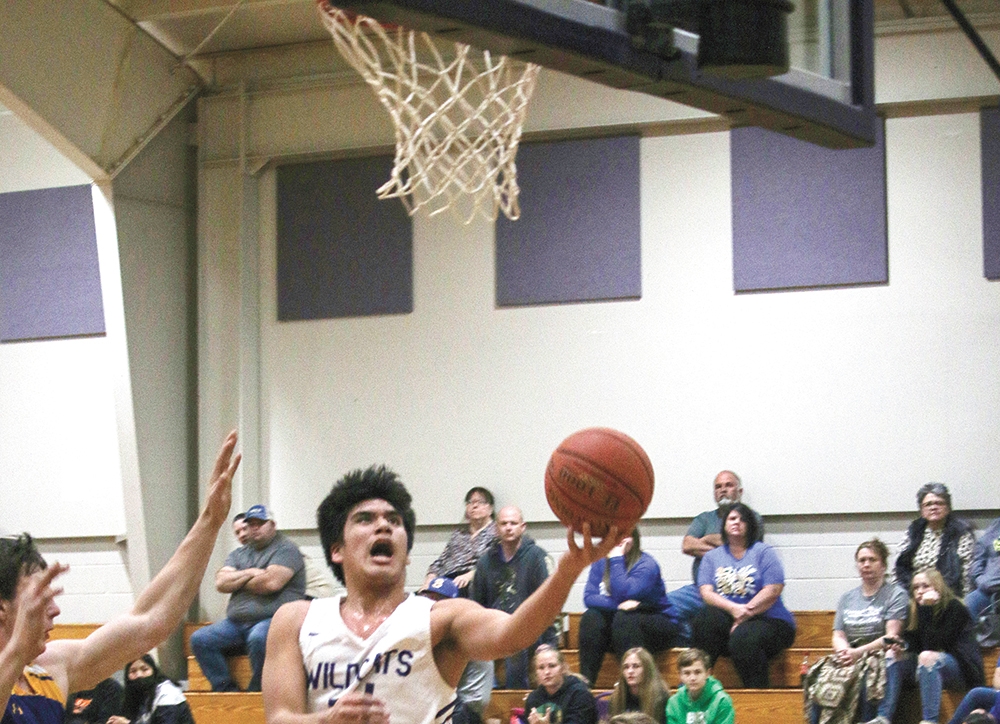 The Big Sandy Wildcats are one step closer to beginning their playoff run after a 66-30 win over Brookeland Friday night in Dallardsville.

The District 24-2A champions began the game a bit slow on offense after starting with an 8-0 run, but turned it around quickly by the end of the first quarter.

The defense has been the Wildcats’ strength the past few years, and Friday was no different. They held Brookeland to five points in the opening period, seven in te second, and six in the fourth. Both a 2-3 zone and half-court trap stymied the opposing Wildcats. The Big Sandy offense generated outputs of 18, 17 and 19 points over the final three frames.

Eli Bullock was the team’s high point with 23, Adrian Thompson had 17 points and Kaden Foster had nine.

“I was afraid of being a little bit flat because we clinched the district on Tuesday, which is a good thing, and really the kids played well,” Big Sandy coach Kevin Foster said. “I thought we were a little sluggish tonight and just a little slow to everything. I think our main focus right now is just to try to get as healthy as we can going into playoffs at this point.”

Post Seth Beene-Williams has been battling injury and did not play in the game. A few have been out with illness. Next week would be a good time for the team to rest up and ready themselves for the postseason versus Martinsville, the fourth-place school out of District 23-2A. As a score comparison, Martinsville beat district foe Broaddus by seven points in November.

“In playoff time, with one bad game you are out and it doesn’t matter first round or second round,” Foster said. “We always tell the kids you can’t have a bad game once you get there. You take them all serious and you have to prepare for every one of them. You can’t compare scores, because basketball is a game of matchups. For some reason, sometimes that first round can be one of the more difficult ones to get.”

Barring a major upset, the team will finish off district undefeated when it travels to Colmesneil Monday, just as the Lady Wildcats accomplished Tuesday of this week. In the first round of district, the Wildcats defeated Colmesneil 89-19.