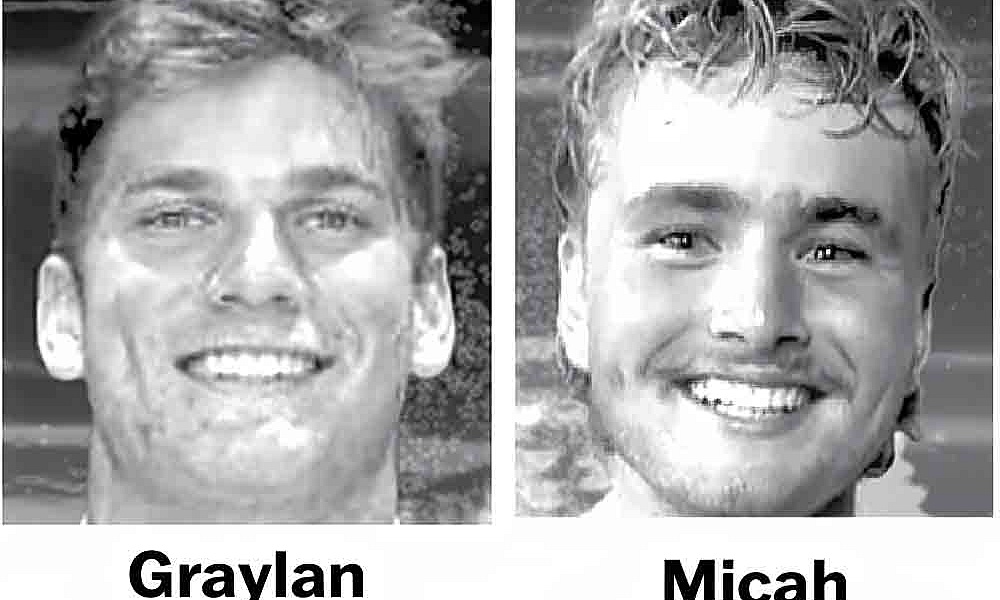 Two students have died from a vehicle accident Friday afternoon in Corrigan. The deceased were students at Stephen F. Austin University traveling on Highway 59 at approximately 1:32 p.m. A 2007 Nissan Versa was traveling southbound on Highway 59 in Corrigan,… 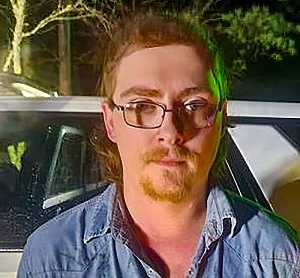 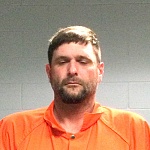 By Chris Edwardsnews@tylercountybooster.com WOODVILLE – A Woodville daycare facility was cleared of charges of neglect and abuse. According to Bill Morian, Jr., attorney for Jillian and Kelly Bass, the owner and operator of Early Birds Learning Center, the Texas Department of Family and Protective Services completed its administrative review and… 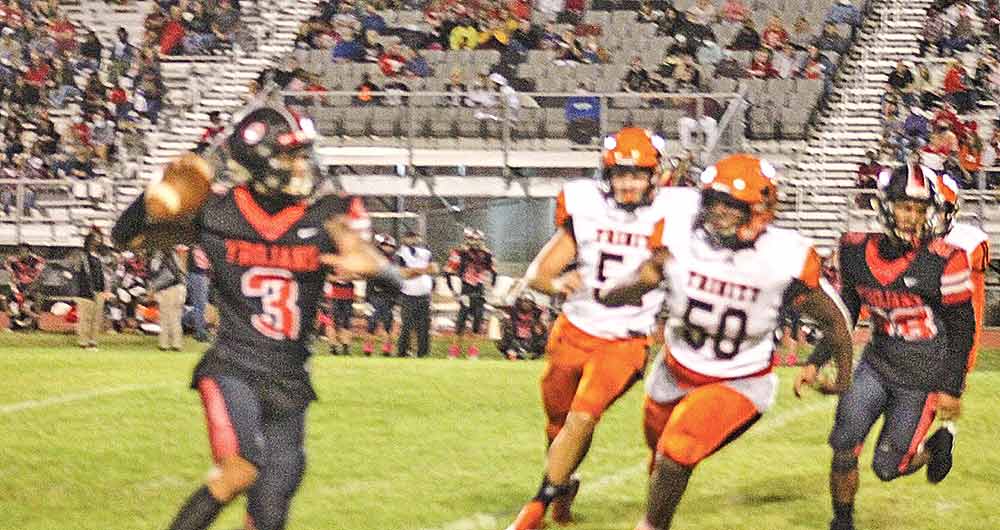 Coldspring-Oakhurst quarterback Duke Lawniczak (3) rolls out as he looks for an open wide receiver during the Trojans’ 48-8 rout of Trinity last Friday. (Photo by Scott Womack)

COLDSPRING — The Coldspring-Oakhurst Trojans opened up District 9-3A-Division I play last Friday with a 48-8 victory over the Trinity Tigers. Along with the contest being åwas also homecoming for the Trojans.

Coldspring has struggled to put together four full quarters of football this season, but changed that last Friday. The Trojans struck early on their first possession with a Contavious Parker-Harden touchdown run and seemed to be in control the rest of the night.

The Trojan defense had only one hiccup in the first quarter, allowing Trinity’s lone touchdown by quarterback Treylin Goodman from 86 yards out. After the two-point conversion, the Tigers clung to an 8-6 advantage.

The Trojans didn’t bend after the score. Allowing minimal first downs and forcing turnovers, it set up the double wing offense to eat up the clock and control the game the rest of the night.

Parker-Harden finished the night with 14 carries for 163 yards rushing and two touchdowns, while Greg Terry had 16 touches with 141 yards and a touchdown. Thomas Jackson had a touchdown on his only carry for eight yards.

Senior quarterback Duke Lawniczak was perfect in the air at 4-for-4 with 73 yards, connecting with two receivers on the night. Dante Eldridge had three catches for 66 yards and a touchdown and Steven Flores had a catch for seven yards that also resulted in a touchdown.

The Trojans are 1-0 in district and 4-1 on the season. Coldspring will travel to Huntington to face the Red Devils this Friday night.

Other scores in the week include Elkhart losing 49-0 to Crockett and Diboll beating Huntington 47-10, while Palestine Westwood had a bye week.

Splendora scored 52 points in three quarters in a 52-0 rout of Shepherd last Friday in Splendora. The Wildcats massed 433 yards of total offense.

Corrigan-Camden with plenty of bite

Lovelady girls off to 3-0 district start