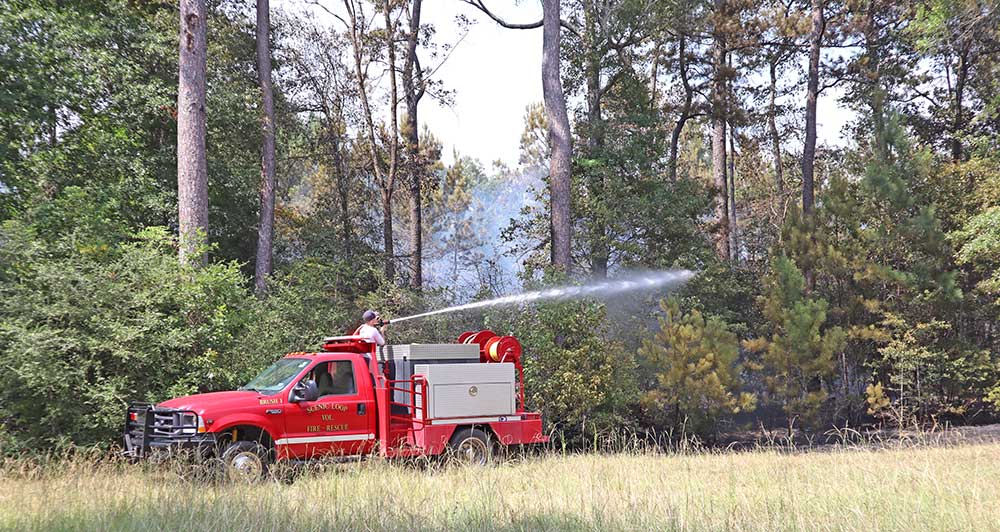 Polk County has been under a burn ban since June 28. The Polk County Commissioners Court enacted the burn ban due to the ongoing drought that the county and majority of the state have been experiencing.

Polk County Sheriff Byron Lyons is issuing a warning to the public about regarding burning.

“I am asking everyone to help keep Polk County and its residents safe. The lack of rain has greatly increased our chances of forest fires, which in these conditions have the ability to get out of hand quickly, threatening lives and property,” Lyons said.

The sheriff said his office received a call Thursday of two forest fires in the northeast area of the county. Both fires were started by landowners burning household and residential trash. Both fires were quickly contained and extinguished with no structures or lives being lost.

Livingston Fire Chief Corky Cochran agreed. “Both of those fires were from illegal burn piles. It seems that people have no respect for burn ban regulations or burning in general. They weren’t that big but they could have potentially been,” Cochran said.

Lyons said during that same time, a fire was reported on Big Foot Wallace Trail in the Big Thicket Lake Estates Subdivision. A fallen tree knocked power lines down, sparking a grass fire which was quickly extinguished by the South Polk County Volunteer Fire Department.

Livingston and Scenic Loop VFDs, along with the Texas Forest Service and Polk County Sheriff’s Office responded to a woods/grass fire behind Grays Landing RV Park on Hwy. 59 north of Livingston Wednesday which also started from illegal burning.

Livingston, Segno and South Polk County VFDs also responded to a 50-acre forest fire in Schwab City on Tuesday.
All of the local fire departments are volunteer departments that survive on contributions and each time the firefighters go out on a call, they’re risking their own health and lives.

“I’d just tell the people that whatever department serves them, they need to support that department,” Cochran said.
In accordance with Section 352.081 of the Local Government Code, a person who knowingly or intentionally violates the burn ban commits a Class C misdemeanor, punishable by a fine up to $500.