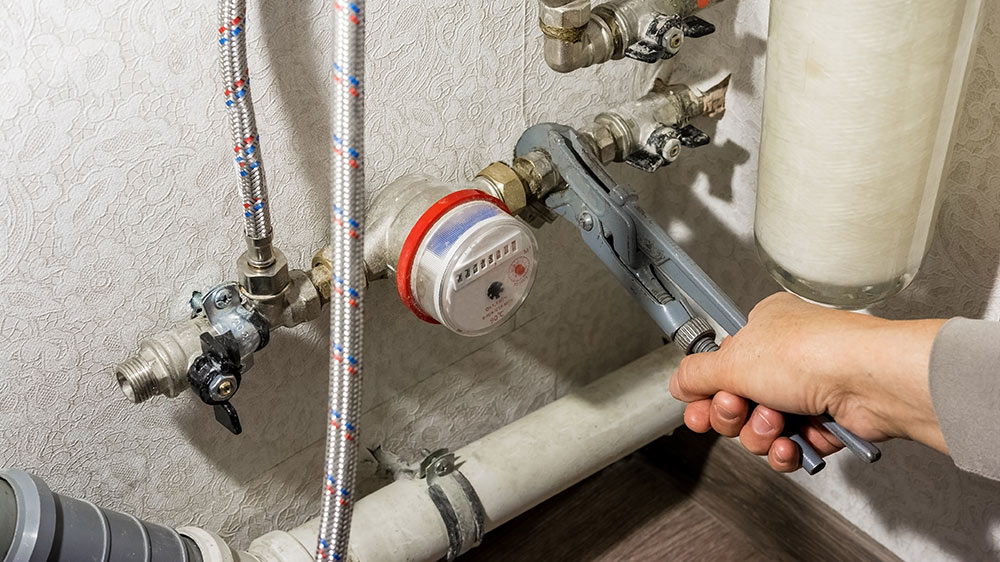 And implementation of automatic metering infrastructure

Livingston City Manager Bill S. Wiggins told the Livingston City Council during its June 14 regular meeting that he set three goals when he took the city manager position four years ago – get the water tanks completed; improve the water, sewer and electric infrastructure of the city for future growth; and work on the city streets. He said the city was still hand-writing employee paychecks twice a month and he converted it to direct deposit. He also said the city has made technology strides over the last four years with online bill pay and that now he is looking into online meter reading.

“It’s been a pleasure working with your staff. It’s nice to work with a staff that’s cohesive. They’ve done a good job with the tools and resources you’ve provided them,” Nobles said, adding, “We started this process October or November of last year.

“This project will touch every single resident, but with little disruption,” Nobles said. “We’ve developed a product, done field studies and put a package together, but we’re required to have a third-party review. This will achieve savings and projections and will guarantee accuracy, 98.5%, of these water meters for the life of the system.”

Nobles said a fulltime project manager will be onsite to conduct random sample tests. He reviewed some of the common field challenges, such as meter access, tight conditions, mismatched equipment, meter boxes aboveground and lids in driveways. He added that there are various kinds of electric meters and that it’s very time-consuming reading them.

“This will be a huge benefit to your citizens and your staff,” Nobles said. The meters will be read online each month and city staff will have the ability to conduct remote disconnects.

Additionally, local citizens will have the ability to set up a password-protected portal that will provide transparent access to consumption information, leak detection, high usage alerts, historical patterns and bill predictions on their computers or mobile devices, Nobles said.

The turnkey project will cost approximately $5 million and will be a 10-12-month implementation process. Commercial accounts will get scheduled individually but residential accounts will be done via pre-announced routes. The project comes with a 17-year guarantee, but Nobles said the company returns in the third year to test everything.

Council ratified participation in the Deep East Texas Council of Governments (DETCOG) Regional Mitigation Program to acknowledge and accept potential funding allocated by the Texas General Land Office in the amount of $2,541,000. Although the funding does not require a local match, the city is required to use 35% of it for low-income families, Wiggins said, adding that the meter replacement project qualifies, thus saving the city half the cost.

Council approved the re-appointment of Alderman Elgin Davis to the Board of Directors of the Deep East Texas Council of Governments for the 2022-2023 term.

He also reported that Sam Rayburn Municipal Power Agency has been put on alert for load-sharing but that the city managers of the three sister cities – Livingston, Liberty and Jasper – have developed a system in the event that load-sharing should occur.

Wiggins also informed Council that the Livingston Police Department is working “hand in hand” with Livingston ISD regarding security and that LISD officials plan to have a police officer on every single campus in the district and will fund the salaries of these officers.

During his monthly report regarding events and development projects, Wiggins apprised Council that the Livingston Farmers & Artisan Market is from 7-10 a.m. every Saturday at Anniversary Park next to Melbo’s. The 3rd annual Smoke in the Pines Barbecue Cookoff is slated for June 24-25 at Pedigo Park. The July 4th Picnic in the Park will be held July 4 at Anniversary Park. The 61st annual Polk County Youth Rodeo is slated for July 6-9 at Barney Wiggins Memorial Fairgrounds & Arena. Friends of the Library will host a book fair on July 15 at the Livingston Municipal Library.

Wiggins reported that the June sales tax report from the state comptroller for the month of April reflects $399,212.94, an increase of 6.38% over April 2021.

Regarding current development projects, Wiggins reported that the permit has been issued and site work is ongoing for the Highway 190 Apartments at 909 E. Church St. and the permit is ready to be issued for On the Run Truckstop located next door at 911 E. Church St. Work is ongoing on the Livingston ISD concession stand at 400 FM 350 South and at the Livingston Pioneer Crossing Apartments at 1101 Dogwood.

Wiggins reported that the former Jarrell’s Service Station at 522 W. Church St. has been demolished and the underground tanks have been removed. He also reported that AIRLIFE II Medical Transport Helicopter is now stationed in Livingston at the new helipad located at 210 E. 4th St. next to the Americare Ambulance office. He added that the company will be putting in a weather station at the local airport in order to monitor flight conditions.