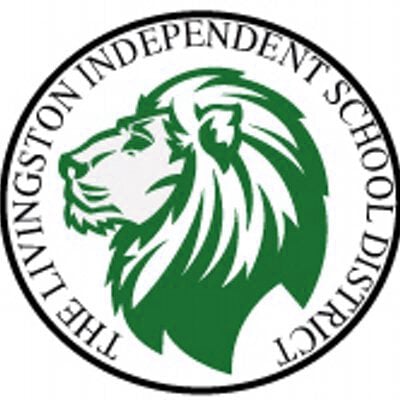 The Livingston school board heard the tax report, report on extracurricular success and of a grant received at its meeting Monday that was postponed last week.

“I’m grateful to LISD school resource officer Kevin Blackburn, LISD technology director Kip Robins, and LISD director of student services Lana Smith for working on this grant, which brought in $600,000 for the safety and security of the district. Tracy Galloway, former school resource officer at Timber Creek Elementary, recommended that a fence at the back of the campus would improve the safety of students during the planning and needs assessment of the grant project. The Cedar Grove campus P.E. classes are able to utilize Lion Stadium for student activities. Creekside Elementary has a fenced area that is safe for P.E. students to utilize on campus. The new fence at Timber Creek gives students the same security.”

The Timber Creek Elementary Principal has not received any phone calls or questions from the community regarding the fence. Baseball and softball community activities have continued access to the fenced property. Outside of school hours, the fenced area may be used as a walking path or other community needs, including the use by students.

“We had some issues on campus with homeless folks smoking at the former fence line during school hours,” Blackburn said. “Multiple criminal trespass warning tickets have to be issued to individuals that pose a risk to the campus. We felt that a four-foot fence would help designate the perimeter for P.E. classes on campus. It also helps to keep dogs out of the play area. We’re not going to lock the gates after school hours so that people can still use the areas for ball practice or to walk in the evenings and weekends.”
LISD Technology Director Kip Robins discussed the camera equipment purchased through grant funds.

“The grant helped us upgrade technology in camera software. We are able to cut down on the man-hours that are used to search through lengthy videos, and instead, we can enter specific searches,” Robins said. “For example, the search can be for someone wearing a ballcap or a red shirt, and the advanced technology will produce the requested video segments. We are now able to set perimeters at the bus barn with motion and light detectors. When someone crosses the property line, the area will light up as detected by the sensors, which will notify security. We are excited about the improvements that were made possible by the grant funds.”

The April LISD School Board meeting opened with James Guest, an attorney with Linebarger and Associates. Guest introduced Polk County Tax Assessor Leslie Burks and area managers with Linebarger — Gina Hullihen and Jennifer Moffett. Guest presented the tax report from February 2021 to February 2022, including a five-year comparison of collection numbers and discussed how the report showed litigation progression. Last year, Linebarger sent four mailings equaling 12,000 collections letters, and have plans this year to add a fifth mailing. As a result, 300 accounts have resulted in $75,000 of collections. The total tax sales equaled $1.1 million in revenue for the district. In July, delinquent taxes will be reviewed. Not all properties listed on the delinquent tax roll are eligible because they may be in bankruptcy. Around 30% of the tax roll consists of bad addresses, and some are already in litigation.

Hawkins shared the recent student success in the district. Livingston Junior High won third place at their UIL academic meet out of seven competing schools. LHS was the UIL academic District 21-4A champion at the meet last week. Livingston High School boys golf won the district championship trophy on Monday, and six Lions were named regional qualifiers. The girls golf team won third place at the district meet and had one regional qualifier. Girls tennis earned the district championship Thursday, with one athlete advancing to regionals, and the UIL One-Act Play won first place at area competition. Their play, “Of Mice & Men,” is advancing to UIL Regionals on April 21.

A level four grievance hearing was held involving a student at the high school. The board went into a closed session, and after resuming in open session, upheld the findings from level three.

Under action items, the board approved the quarterly investment report and board goals that were determined during a recent board workshop. The goals are focused on certain areas. The first is a curriculum goal for every student to leave high school as college, career, or military ready, based on the individual student’s long-term goals. Second is leadership goal, striving to recruit, hire, and retain a high-performing faculty and staff of student-centered, life-long learners. Third is finance and operations exercising fiscal and operational responsibility. School safety is a goal, believing students perform at the highest level in a secure environment.

The board approved the hiring of Lisa Cagle as a professional employee in the district. Cagle will start July 1 as chief academic officer of the district.