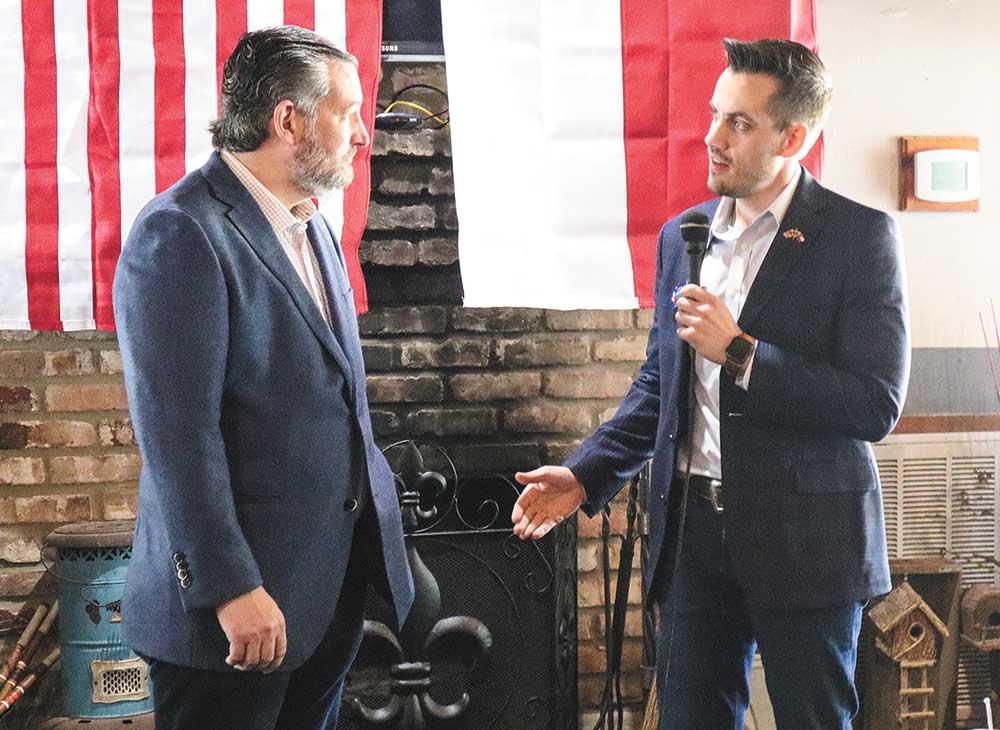 U.S. Senator Ted Cruz and Congressional candidate Christian Collins hosted a meet and greet rally at Shrimp Boat Manny’s in Livingston Saturday. The pair came through Polk County as part of the Freedom Across East Texas tour. Collins, a sixth-generation Texan and son of missionaries, is a candidate for Texas’ eighth congressional district. Early last year, Incumbent Kevin Brady announced his retirement from Congress, setting off a scramble among Republicans. Shortly after launching his campaign last November, Collins was endorsed by Cruz, the House Freedom Caucus and Texas Right to Life. “I’m running to represent the voice and will of Texas voters inside the Capitol. We must secure our borders and elections, lower taxes, stop Critical Race Theory and stand up for the rights of the unborn if we want our nation to truly prosper,” Collins said, adding, “I’m honored to be endorsed by the House Freedom Fund--a group of actual conservatives, such as Rep. Jim Jordan, that are fighting for main street America.”