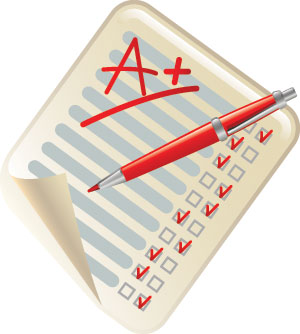 The district “meets and masters scores” (levels that are at or exceed state expectations) were low for all subjects except for math. A total of 52 of the 254 Goodrich students are identified as “emergent bilingual.” Reading scores amongst this group was low. A total of 61% of the 2019-20 class was considered college or career ready by graduation.

The District of Innovation plan was revised during the meeting. The plan began about a decade ago and it helped school districts to find Career and Technical Education (CTE) teachers. Under the plan, districts could hire people that were experts in their field, but not certified to teach. As of the last few years and especially now that Covid-19 has become a factor, that has expanded to core non-certified teachers as well.

Those with a bachelor’s degree can be placed as not under teacher contract, but as an at-will employee. They would receive teacher pay, but not a teacher contract. It acts as a security blanket in case the positions cannot be filled.

“To be honest, I don’t think that we are going to need it next year,” Goodrich Superintendent Daniel Barton said. “But, I am not a good gambler. I want to stack the deck. But, that is what6that would allow us to do. We could hire somebody who is qualified, but not certified.”

Workers pulled windows off the back of the school building and have replaced them with plywood to see what will be needed to install the glass. Work on the windows was approved last month for $230,000 with Williams Glass.

The windows are a vinyl frame and will look just as the ones the school currently has. The 71 windows are on the middle school and part of the elementary, with a completion date at the end of July.

Bids to remodel six bathrooms was approved. The update will make the restrooms touchless and ADA compliant. All new partitions, sinks, commodes, flooring and mirrors will be installed, and the walls are to be painted. Two bids came in around $250,000, but a bid for $215,000 was excepted from 1st Choice out of Livingston.

A bid from McWilliams and Son was accepted for the HVAC project on campus. The project will replace six units with five that are more energy efficient. The hope is that after the HVAC system and windows are installed, money will be saved on energy costs.

The HVAC, window, bathroom and technology projects will be paid for by ESSER funds. The technology project will upgrade would allow for a new Surface Pro in each teacher’s classroom and a 75-inch interactive display on every classroom’s wall, except a few that will be 65-inch screens. The Surface Pros would hook wirelessly into the displays.

The new digital display sign has been shipped to Houston and will soon arrive on campus to be installed.