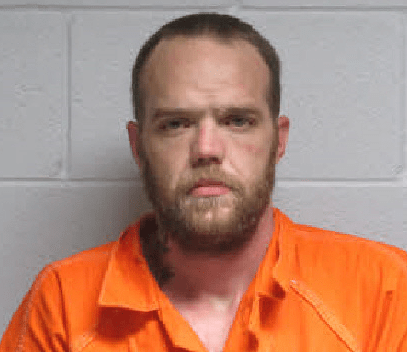 LIVINGSTON - The use of surveillance video helped stop a burglary while in process at a Livingston residence, leading to the arrest of an Onalaska man.

The Polk County Sheriff’s Office received a call from a homeowner May 13, stating his building was being burglarized. They could see the suspect on remote surveillance video. Deputies responded to the residence near Mangum Road, but the suspect had left the scene by the time law enforcement arrived.

The suspect, Steven Beaird, 30, was detained and immediately identified. After further investigation, several items of stolen property were recovered and Beaird was subsequently arrested and booked into the Polk County Jail without incident.

Those with information in this case or any other in Polk County are asked to submit a tip at p3tips.com, (the P3 App), or call Polk County Crime Stoppers at 936-327-STOP, where tipsters can remain anonymous and could collect a cash reward for information leading to an arrest. The Polk County Sheriff’s Office Criminal Investigation Division may also be contacted directly to speak with a detective at 936-327-6810.