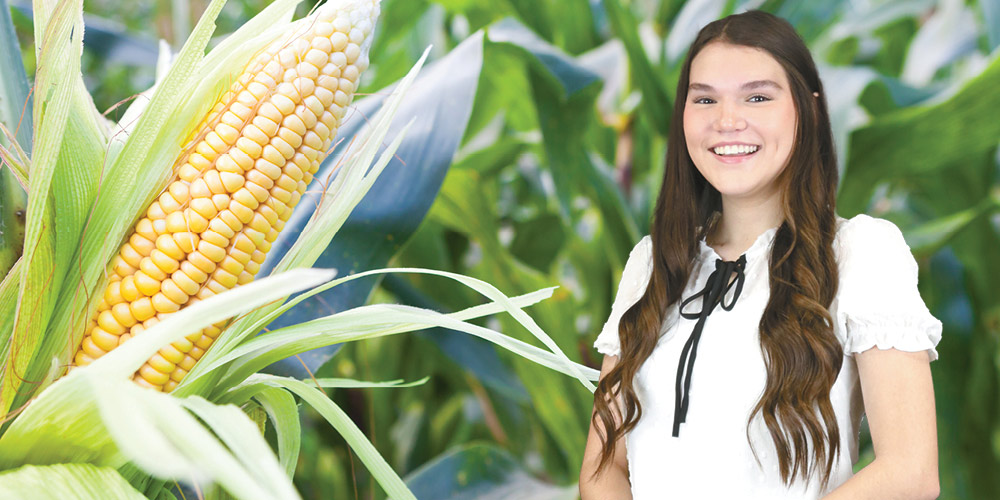 Winning awards is nothing new to Maci Hill. The Livingston ISD student entering her senior year has excelled in many areas, from student council president to golf and tennis. She is an All-American cheerleader, will start college as a sophomore, and has yet to have a report card with anything but an A.

Still, her latest achievement is a big deal. Last week, Maci’s documentary for National History Day was chosen amongst 600,000 entries as first place in the senior division (high school) for individual documentary.

Her awards include the Nation National Endowment for the Humanities (NEH) Scholar, Next Generation Angel’s Award, Anne Harrington Award and Scholarship for the National History Academy.

The last of those has Maci excited for next summer, when she will go to the National History Academy in Washington, D.C. to study history for a week. In October, she will visit the Library of Congress, where filmmaker Ken Burns holds his prize for film award ceremony. The students receive an official copyright for their films at the event.

It is her sixth entry into the contest. She has made the national competition in five of those. Maci was part of the gifted and talented program in junior high and participation in the competition began as an extra project in her history class.

“We were required to do it in sixth through eighth grade,” she said. “I really fell in love with it after I made it to nationals the first time in the seventh grade. Whenever I came into high school in my freshman year, I didn’t plan on doing it again, but I kind of felt like it was something missing and I was so used to doing it.”

Her brother was also into the projects, finishing third place in his time at Livingston ISD. Maci called him to rub it in a little the first time she finished higher in seventh grade.

“He did it all through junior high, but didn’t continue in high school. I’m pretty sure, before I came, he had gone the furthest as far as getting third place at state. I got second place at state and in the same year, some (Livingston) boys got first place at state. We were just ecstatic that we beat our siblings, because a lot of us had siblings that had gone before us.”

The process of creating the documentary is time-consuming, with plenty of research and effort. Along the way, she has received valuable counsel from advisors Suzonna McFarlain and Kristina Miller. Often, Maci gives up what little free time she has.

“I’ve spent my Christmas break and my Thanksgiving breaks really pouring myself into that project every year. To take a break, I normally say that after Christmas is what I’m going to hit it hard for that week. I go upstairs to our loft area and I don’t start until about 8 p.m. on it every night. I work until about 4 a.m. and go to sleep for a while, and then do it again the next day for like a week straight. That is how I finish it every year.”

The top two projects in each category advance in regionals and then state to get to nationals. Just winning at the state level in Austin is an accomplishment, with similar difficulty as the national contest.

This year, Maci placed first at regionals, which was held at Lonestar College - Montgomery, state was held in Austin, where she again took top honors. The national event was held virtually in Maryland.

“They give you a theme each year, and they release it in the summer as the year is wrapping up so you can kind of get started for the next year. (This year,) It was debate and diplomacy in history. I just spent free time looking into history and I really wanted to do something on the Cold War, because I had never done something on that before. I had always kind of done everything but that. When I came across the topic of Nikita Khrushchev visiting Roswell Garst’s farm, it really fit the theme perfectly and it fit every checkbox that I wanted for a documentary.

The event being captured in history whenever it took place is very important for the documentary. This event was very televised, and it was everywhere in the United States and there were so many reporters, so it was perfect.”

In 1959, Soviet Premier Nikita Khrushchev visited Coon Rapids in Western Iowa to the farm of Roswell Garst, an innovative seed corn salesman. Garst had been to the Soviet Union several years before and met Khrushchev, inviting him to visit. Khrushchev traveled to the United States in search of agricultural innovations and ideas he could take back to better feed the Soviet people. It was the height of the Cold War, a time when the people of both countries were fearful of one another. However, the meeting in September of 1959 aided those relations.

“I think that I had just never found a topic that fit so perfectly,” Maci said of her reason for choosing the topic. “I just love the title that I came up with. “Communist in the Cornfields” is kind of funny and a catch your attention type of thing. As I dug into it, I realized that there were some folks still alive from when it happened. That is when I first met Ms. Liz Garst. She is Roswell Garst’s granddaughter. We have kind of kept in touch since. She was great with encouraging me to pursue this. They are actually considering putting my documentary in the museum in Iowa at the farm.”

Film may not be in her future, but the standout student feels it could remain a hobby. For now, plans are to major in government and minor in history. Maci envisions herself attending law school one day. She begins touring college campuses next week.

Maci is already preparing for next year’s project, which has a theme of “Frontiers in History.” She has not quite settled on a subject, but says that more research may be involved this summer in an attempt to top the award winner.

“I have, through National History Day, found my love for history. I know for sure that history and my love for it will be in my future. I don’t really know where we are going to go from there, but that is kind of what my thought is right now. I am pretty excited for the future.”