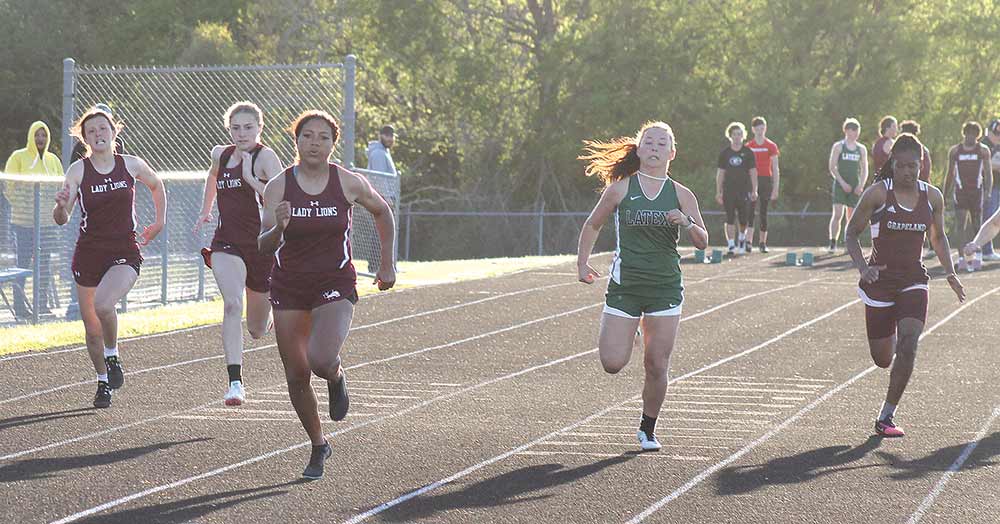 Lovelady accumulated 202 points while Groveton settled for second place with 148.

Centerville and Leon battled to a third-place tie with 95 points each, Latexo had 46, Slocum eight and Grapeland four.

Top four finishers in each event will advance to the area meet on Monday, April 18 at Madisonville.

“All of our kids did an amazing job over the two-day meet. They will be working hard over the next week to prepare for the area contest,” said Lovelady head track coach Will Kirchhoff.

Latexo has six area qualifiers and Grapeland has one.

Area qualifiers from Lovelady are:

Latexo girls will advance to area in the following events:

Advancing to area from Grapeland is Sariyah Davis, who placed fourth in 100 dash with 13.65.