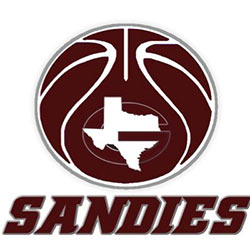 The Grapeland Sandies won their first three outings of the 2021 hoops season by comfortable margins against higher classification teams.

Coach Blake Doughty's crew opened the season by beating class 3A  Elkhart 84-46, class 4A Cumberland Academy of Tyler 77-55 and class 3A Corsicana Mildred 75-55.

Grapeland, the defending class 2A state runner-up, is ranked No. 18 in this week's TABC state poll. See Page 2B for the latest rankings.

After the Madisonville Classic this weekend, the Sandies will take on class 3A Brock on Wednesday, Dec. 8 in Athens.

Hosting Elkhart in their opener on Nov. 19, the Sandies came out full force and overwhelmed their guests in the first quarter by  building a 40-15 lead. Grapeland led 64-35 at the end of three and outscored the Elks by nine in the final frame.

O. Wiley made 8 of 10 deuces and led defensively with six steals. C. Wiley was 10 of 12 from the floor and led on the  boards with nine rebounds.

Cumberland Academy came to town Nov. 22 and fell to the Sandies 77-55.

After leading by just three early, the Sandies outscored Cumberland by 11 in the second to pull away 45-31 at the half. Grapeland carried a 20-point lead into the final frame.

Murchison, a junior, led a foursome of double-digit scorers with 22. He was 7 of 9 from the field and 5 of 7 at the line.

O. Wiley recorded a double-double with 17 points and 10 rebounds. C. Wiley scored 15 and junior Johnny Lamb had 11, including three treys.

The Sandies still had the winning touch hitting the road for the first time as they handled class 3A Mildred 75-55.

O. Wiley paced the offense with 26 points and Murchison rattled in 20. He was 7 of 8 from the field along with booking 6 assists and 5 steals. C. Wiley recorded his second double-double with 11 points and 10 rebounds.