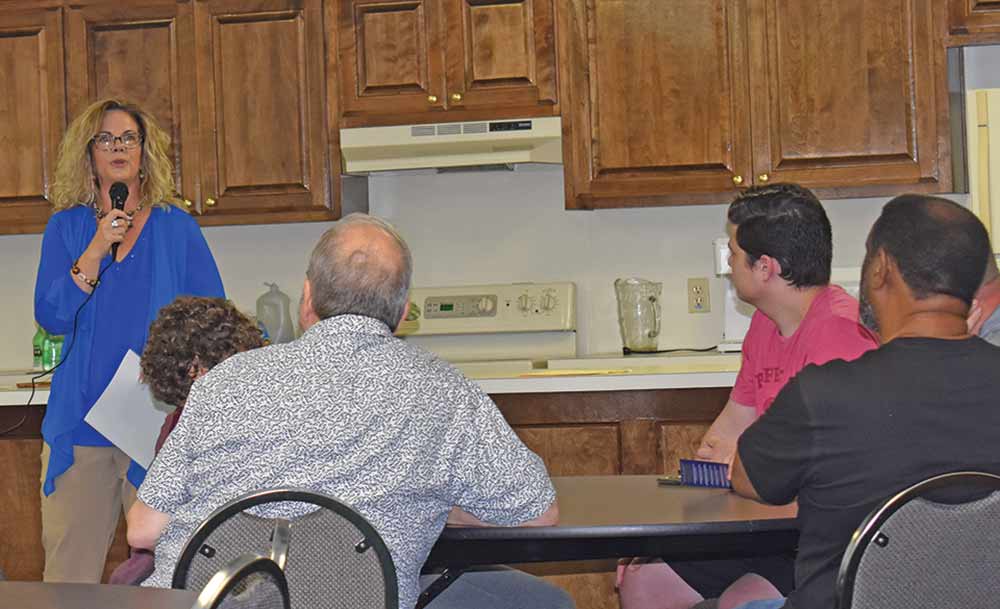 CROCKETT – Thursday, May 5, marked the 70th anniversary of the National Day of Prayer. Citizens of Crockett and surrounding areas met in the Community Room of Sunflower Bank to pray for the City and the Nation.

The theme for the nationwide event is “Exalt the Lord Who Has Established Us” Colossians 2:6-7. Since the first call to prayer in 1775, when the Continental Congress asked the colonies to pray for wisdom in forming the nation, our country’s leaders have continued the tradition. President Lincoln, in 1863 called for a day of humiliation, fasting, and prayer. In 1952, a joint resolution by Congress, signed by President Truman, declared an annual national day of prayer. President Reagan, in 1988, signed an amendment that officially selected the first Thursday of every May as the National Day of Prayer.