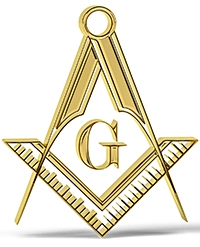 CROCKETT – In a dinner held on Tuesday, April 5, Masonic Lodge Lothrop No. 21, hosted a banquet honoring educators and awarding scholarships to deserving recipients.

The Masonic Fraternity has long been a supporter of public schools. In the early days, most Masonic lodges were at least two-story buildings. The lodge would meet on the second floor, and the ground floor was used as a classroom. Oftentimes the lodge would pay the teacher’s salary. Mirabeau B. Lamar, second president of the Republic of Texas and a mason, is known for his efforts to establish a public school system. His vision earned him the title of “the Father of Education in Texas.” In 1988, the Lamar Award of Excellence was established by the Grand Lodge of Texas. The medal is awarded to students and educators in recognition of outstanding personal achievement in academics, citizenship, community service, or sports.

This year, the Lodge gave Lamar Awards to three outstanding educators - Chris Cravens of Latexo ISD, Terresa Bobbitt of Kennard ISD, and Karan Butler of Crockett ISD. The common thread among the three Lamar Medal winners is that they care about the students and their futures.

Chris Cravens is one of four college instructors on the campus of Latexo High School. Cravens was nominated because of his outstanding work in helping obtain funds and programing for vocational education classes at Latexo High School.

Terresa Bobbitt is the high school secretary at Kennard high school. Bobbitt wears many hats – not only performing her own duties but also stepping in as a substitute teacher and counseling children and families with their problems. Bobbitt is known for exemplifying her Christian faith both in word and in deed.

Karan Butler, Crockett eighth grade social studies teacher is a class favorite. She’s been known to dress in period costumes as a way of keeping students engaged. Mrs. Butler was a full-time teacher in CISD while attending Sam Houston University as a full-time student, completing an advanced degree.

Along with the Lamar Medal winners, six Houston County High School graduates were awarded scholarships from the Lodge. Caleigh Wiley and Dylan Cole from Kennard ISD, Meredith Tuggle and Trinity Meadows from Crockett ISD, and Emily Bird and Kayla Walker from Latexo ISD were each a recipient of a $1,000 scholarship check.

Caleigh Wiley has chosen to pursue a degree at Stephen F. Austin State University to become a plant geneticist. Dylan Cole will follow in the footsteps of his father and other family members to become a certified EMT and firefighter. Kayla Walker seeks an Agricultural and Industrial Science degree from Tarleton State University in hopes of becoming an Agricultural Lobbyist. Emily Bird will attend Blinn College and Texas A&M Kingsville to obtain a degree in psychology in order to counsel children with emotional problems. Meredith Tuggle has set her sights on enrolling in Texas Game Warden Academy after obtaining a degree in Wildlife and Fishery Science. Trinity Meadows’ goal is to pursue a degree in Agriculture Communication and Journalism in hopes of becoming an advocate and spokesperson for agriculture.