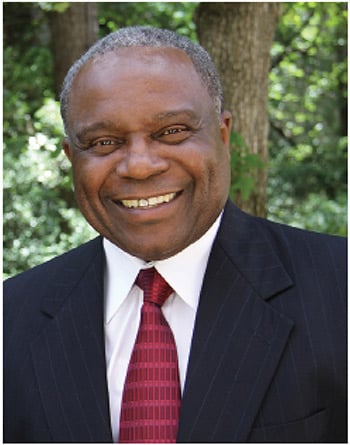 Lawyer JolleyBy Jan White
This email address is being protected from spambots. You need JavaScript enabled to view it.

CROCKETT – Lawyer C. Jolley was born in Crockett, Texas. Because his parents divorced when he was five, Lawyer and his siblings were raised by their grandparents, who made their living as sharecroppers and truck farmers. Of the experience, Lawyer relates, “We never really knew we were poor because there was always food on the table, clothes on our back, a roof over our head, and a household full of love.” And like many children raised on a farm, Lawyer was expected to do his share of chores around the house and in the barnyard, which meant shoveling hay to the livestock, slopping the hogs, gathering eggs, and feeding the chickens. Early on, he learned the value of hard work to succeed. Daily prayer, bible study, and church attendance were also a vital part of his growing up. Lawyer’s grandparents were devout believers who impressed him with the importance of a relationship with God and how that would define every other relationship. They also instilled the value of other people, no matter their color, creed, sex, or socioeconomic status. This lesson served him through every aspect of his life.

Education was important to the Jolley family. Lawyer’s grandmother, being a strict disciplinarian, set, in his words, “remarkably high standards of performance for him and his siblings.” As a result, Lawyer was expected to achieve exceedingly high levels of academic performance. And he did. He became the first in his immediate family to obtain a college degree. He earned a Bachelor of Science in Mechanical Engineering (BSME) from Prairie View A&M University and later a Master’s of Business Administration (MBA) from Texas A&M University, graduating with honors from both institutions.

After graduation, Lawyer went to work for Phillips Petroleum Company and progressed through the company from first-line supervision to several mid-level manager positions.  In 1995, he became the first African American to be promoted to a Plant Manager position. Lawyer continued to rise in the Company ranks, with promotion after promotion, always maintaining a high level of confidence with upper management. In each of his assignments, he was the first African American in Chevron Phillips to hold those positions, opening the door for more African Americans to follow. Some of them he mentored and are now high-level executives themselves. In 2007, Lawyer became General Manager and President of Chevron Phillips Performance Pipe Division with some 650 employees in nine different locations throughout the United States.  He retired as the Worldwide Conduct of Operations Manager for all of Chevron Phillips Chemical Company L.P.

It was never Lawyer’s intent to choose Crockett as his retirement location. But to paraphrase the Scripture, “our plans are not always God’s plans.” The Jolley family still owned property in the area, and Lawyer had returned off and on his whole life to visit family and friends. And he never lost his love for the place where he grew up - the fishing, the hunting, and just nature in general. As luck, or some might say “divine intervention,” would have it, none of the properties he and his wife considered for retirement met their criteria. Crockett, it turns out, was ideally situated between Dallas, Houston, and Austin, where their children and grandchildren reside. So from a destination standpoint, it was perfect.

Then there was that divine intervention thing again.

Lawyer served multiple positions in the church throughout his life - from teacher to convention leader, from Sunday School director to secretary, from treasurer to deacon, from youth director to singing in the choir. He firmly believes that the skills and gifts that God gave him to accomplish his career goals at Chevron Phillips were now intended to further the kingdom of God. Although it wasn’t easy for him to leave the industry he’d been a part of for so long, his trust in God convinced Lawyer to begin a new chapter in his life. In 2020, he was ordained as a minister at First Baptist Church in Pearland and is now enrolled in B.H. Carroll Theological Institute pursuing a Master of Divinity degree.

As for what the future holds, Lawyer again is trusting in God to reveal the right path. Currently, he leads a small weekly Bible Study group on Tuesday evenings, which he hopes will continue to grow in membership and diversity. But he is also considering establishing a fully multi-cultural church in the area or assisting a church with the aspiration of becoming one. Inclusion is a concept that Lawyer is acquainted with, having experienced exclusion first-hand as the only African American in boardrooms across corporate America. Empathetic to the plight, Lawyer has used his own experience as a motivation to do all he can to make sure no one else endures the same.

In the meantime, Lawyer enjoys operating his small ranch, visiting with the grandkids,  taking part in civic and community activities, and just spending time in the outdoors getting back to his roots. Regarding his life’s journey so far, Lawyer stated, “You will never find me crediting brilliance or any other human attributes for my success, for it is undeniable that God’s hand has always been on my life, and for that, I am eternally grateful!”