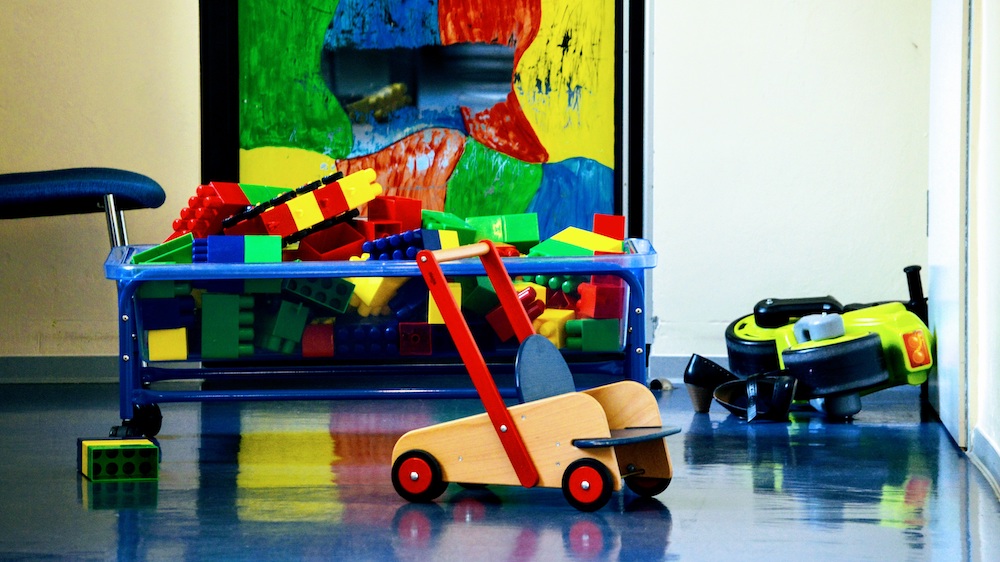 CROCKETT – A series of videos shared to social media alleging incidents of abuse at a Crockett daycare facility have parents and residents voicing opinions and concerns.

Paola Mendez, a former employee of Treehouse Academy, who also had children under the facility’s care,

has shared video that she obtained, which was taken by surveillance cameras at the facility. Mendez said that her two-year-old son had been crying and behaving strangely at home, which began an investigation into the facility last year, and resulted in criminal charges against three past employees, which ultimately was no-billed by a Houston County grand jury in early December.

The former employees – Shaquill Johnson, Sekelthia Jackson and Sabrina Griffin – were charged in April and May last year with abandoning or endangering children.

Mendez said that the videos she posted to Facebook were not among the evidence presented to the grand jury last year. The surveillance footage Mendez recovered originally, and which was used in the investigation last year, was different than the videos she obtained from an attorney and shared to social media.

Until recently, Mendez, along with seven other parents, were hoping to have the cases reopened under a different charge, but the attorney they were talking to did not take the case. According to Mendez, the attorney said the prospective plaintiffs had no case, but the parents are talking to other attorneys at present.

Initially, Mendez said she did not wish to be part of a lawsuit, but decided to join in and pursue it after she was fired from the facility.

Mendez said she began noticing scratches on her son’s chin when he was a baby, but did not think anything of it. She said she also ignored bruises and bumps, assuming it was from rough play. On the videos, in which all of the individuals’ faces have been obscured by emoticons to protect privacy, alleged incidents of dragging children and hitting subjects are depicted.

Another parent, Jennifer Carroll Kulms, posted two videos to Facebook and various Houston County-related pages within the site, which show alleged abuse at Treehouse. Kulms stated in her post that her son “regressed on potty training” and began having nightmares “and acting out,” which she alleges is a result of experiences he encountered at the daycare. In one video, Kulms states that an individual hit her child and commands him to roll over and go to sleep. In the other, an individual is heard saying “Stop all that whining.”

In the videos viewed by the Courier from Kulms, the footage appears to be a cellphone capture of a surveillance feed, with music playing, however, a slapping sound can be heard in the first video.

According to the facility’s handbook given to parents for the year 2020-21, on page 17, Treehouse’s overriding philosophy as to behavior guidance is that “children are important,” and as such the facility’s staff is to protect the safety of the children.

Among the actions forbidden by Treehouse staff members, according to the document are physical or mechanical restraint, subjection of a child to emotional or physical abuse and under the header “Discipline,” it states that corporal punishment will not be used as a form of punishment at the center.

Mendez worked at the facility for six years and had two children there. She said she began working there after enrolling her daughter. Mendez was fired from Treehouse by Lyndsey Rice, the facility’s administrator.

Houston County District Attorney Donna Kaspar said at the time that the reason for the no bills was that the jury did not feel there was enough probably cause for arrests or charges to move forward, and will not proceed to trial unless another grand jury finds probably cause with additional evidence.

“I don’t find it right that they dropped the charges,” Mendez said. Mendez added that the DA had said that any injuries and evidence such as bruises were not documented, a factor that complicated any legal action moving forward in the case last year.

With the video postings and a series of replies on social media regarding them, the hashtag “#shutdowntreehouseacademy” has emerged. Mendez said for the parents who are expressing their concerns and experiences with the facility, “we either want it shut down, or want some type of justice.”

Mendez said that her son was scared of two of the workers who were charged last year, and said she feels guilt for not recognizing what was happening to her son. “A daycare is supposed to be a safe place for your kids, not their worst nightmare,” she said.