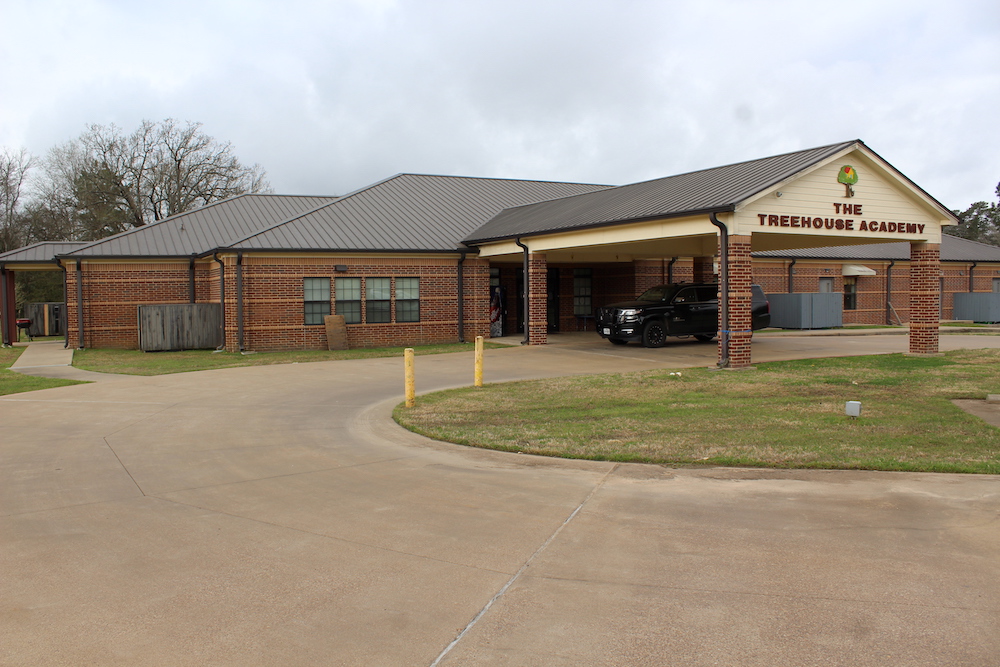 ALTON PORTER | HCC Exterior of the Treehouse Academy, a daycare in Crockett, Texas.

A group of parents who had children at a Crockett day care are still searching for answers after a grand jury voted to no-bill a case in December.

Criminal charges will not move forward against past employees — Shaquill Johnson, Sekelthia Nicole Jackson and Sabrina Griffin — of Treehouse Academy at 301 Renaissance Way for alleged child abuse. They were charged in April and May 2020 with abandoning or endangering children at the day care.

All cases were closed after a Dec. 2, 2020 Houston County grand jury hearing returned a no-bill. That decision means the jury did not feel there was enough probable cause for arrests or charges to move forward, Houston County District Attorney Donna Kaspar said in an interview with Polk County Publishing Company.

Therefore, the case will not proceed to trial unless another grand jury finds probable cause with additional evidence.

As prosecutors are not present in the jury room during a vote, no explanation was given as to the grand jury’s decision, Kaspar said, adding she was unaware of any further investigation into the alleged incidents.

The investigation began after Treehouse Academy teacher Paola Mendez, whose two-year-old son attended the day care at the time, came forward with video evidence that her child had been mistreated or abused by some of the staff. Mendez said her son got to the point where “everyday he was crying all day” at school and at home in the middle of the night, behaving strangely at home and mimicking what he experienced at the day care.

In an interview with Polk County Publishing Company, Mendez said her son was “scared of Shaquill (Johnson) and (Sheklethia Nicole Jackson) due to alleged mistreatment,” adding, when she arrived at work each morning, “once he would see them, he would start screaming and crying, and he would continue to hide.”

Mendez said this was very confusing and concerning and wanted to know what was going on, so she obtained access to videos taken by surveillance cameras at the facility. In viewing the videos, she saw employees spanking and hitting her son and other children; dragging children by their arms, legs and ears; grabbing them by their hair; slapping one in the mouth; cursing to some of them; and other unacceptable things.

Mendez said she was later fired by Treehouse Academy owner Lyndsey Rice. She obtained copies of videos showing children at the day care allegedly being abused from her attorney. She said many of the videos were not included in the montage that was presented to the grand jury.

In addition to reporting the alleged abuses to police detectives and her lawyer, Mendez said she and three other parents upset by the alleged mistreatment of their children reported the information they had to the district attorney’s office.

Physical discipline of children in a day care setting is prohibited, Mendez noted.

Mendez said she and seven other parents whose children allegedly were abused at the day care were hoping their attorney and the district attorney would reopen the cases under a different charge.

“We were all kind of hoping to do that,” she said. “And what we understood was they were supposed to take it back to the grand jury. And now, they’re saying that they’re not because there’s no new evidence, which that still does not make sense to me. I think that they have enough.”

Asked for her reaction to the charges against her former employees and the grand jury’s no bills, the academy’s owner declined comment on the matters.

Allegations of abuse toward the children at Treehouse Academy in 2020 resulted in Johnson, Jackson and Griffin being charged for the alleged offenses and arrest warrants issued by officers of the Crockett Police Department (CPD).

After the first warrant was issued for Johnson, she turned herself in to authorities April 26, 2020, on the charge of abandoning or endangering a child — a state jail felony offense — at Treehouse Academy after the initial stages of an investigation. She was released on a $50,000 bond later that day.

Jackson turned herself in to law enforcement personnel on the same charge the next day. She was released the day after on a bond in the same amount as Johnson’s.

Wednesday, May 6, 2020, Crockett police detectives issued an arrest warrant for Griffin, also on abandoning or endangering a child, and she turned herself in to the authorities the next day. She also was released from jail on bond, but one of a smaller amount.

The allegations of abuse toward children at Treehouse Academy were in regard to the 2- to 3-year-old (children) class.

In an April 16, 2020 statement, Crockett Police Chief Clayton Smith said detectives met with the day care’s administrative personnel and obtained surveillance camera recordings during initial stages of the investigation. A follow-up statement on Monday, May 4, 2020 said the initial investigation began with abuse allegations in the two- to three-year-old classroom, but expanded to include all age groups and classrooms.

Smith stated then that Treehouse Academy executives and staff members cooperated with police department detectives throughout the thorough investigation.