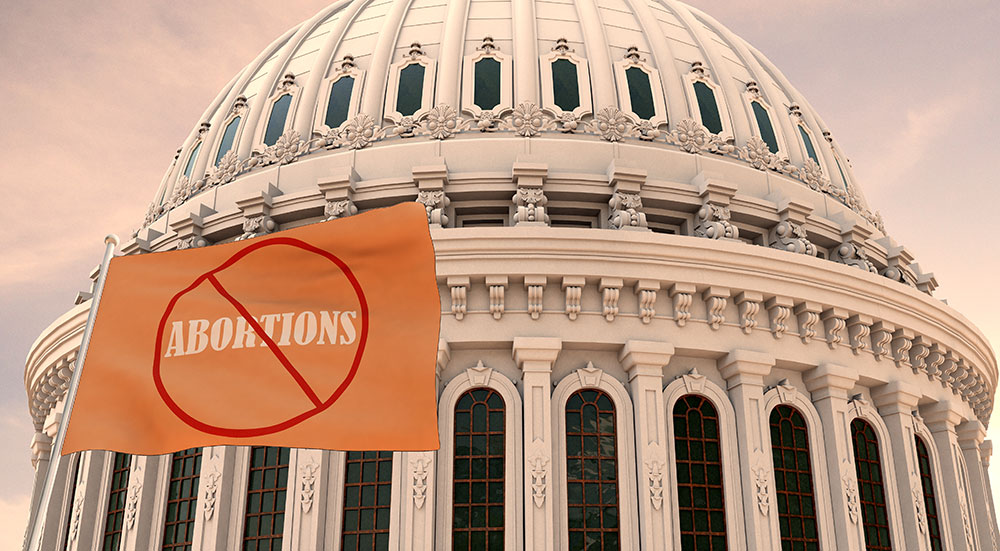 State Rep. Trent Ashby (R-Lufkin) called the decision “a monumental victory for protecting the innocent and unborn.” Ashby said that Texas, as “a pro-life state…will continue to lead the way in the post-Roe era.”

The news on Friday of the Supreme Court’s 5-4 overturn of the landmark 1973 Roe v. Wade decision sent shockwaves around the country.

The decision the overturn Roe came after the ruling to the case Dobbs v. Jackson Women’s Health Organization, on the grounds that the Constitution makes no reference to abortion. The 1992 ruling Planned Parenthood v. Casey was also overruled in the process.

The ruling came after a majority opinion, written by Justice Samuel Alito, was leaked in early May, stating that Roe and Casey must both be overruled.

Friday’s decision puts the issue before the states to decide, individually, as to abortion’s legality. In Texas, a “trigger law” will go into effect in 30 days after the ruling.

The law makes performing an abortion a felony, and only makes an exception to save the life of the mother or if there is a risk of “substantial impairment of major bodily function” present. Physicians who violate the law could face life in prison and/or fines of up to $100,000. The bill was authored by Rep. Giovanni Capriglione (R-Keller.)

After news of the decision was announced, President Joe Biden expressed dismay, and said through his press secretary that his administration will “continue to find solutions” to ensure abortion rights.

Several Texas politicians responded to the ruling by way of social media and news releases.

State Rep. Trent Ashby (R-Lufkin) called the decision “a monumental victory for protecting the innocent and unborn.”
Ashby said that Texas, as “a pro-life state…will continue to lead the way in the post-Roe era.”

Gov. Greg Abbott issued a statement on Friday, claiming SCOTUS “correctly” overturned the Roe decision, and added that Texas has “taken significant action to protect the sanctity of life,” by prioritizing women’s healthcare, and extending Medicaid coverage to six months after birth, as well as putting $100 million toward an “Alternatives to Abortion” program.

“Texas will always fight for the innocent unborn, and I will continue working with the Texas legislature and all Texans to save every child from the ravages of abortion and help our expectant mothers,” Abbott said.

Abbott’s Democratic rival for the gubernatorial seat, Beto O’ Rourke issued a statement after the decision. “The Supreme Court has sent this back to the states, and our state’s current governor has outlawed abortion beginning at conception with no exception for rape or incest,” he said.

O’Rourke added that he is the candidate in the upcoming November gubernatorial race most devoted to “protecting a woman’s freedom to make her own decisions about her own body, healthcare and future.”

The state Democratic Party called Abbott’s approval of anti-abortion laws “draconian and brutal,” and stated that Friday’s ruling threatens “the reproductive liberty of millions of Americans.”

The state GOP’s chairman Matt Rinaldi called Friday a “historic day which Republicans and pro-life advocates have waited for a generation.”
Rinaldi added that the state GOP will continue to support facilitating adoptions and providing assistance to mothers in need, both during and after pregnancy.

Friday’s SCOTUS decision came in the wake of a finding, through a variety of public opinion surveys, that a majority of Americans opposed overturning Roe. Polls conducted by the Associated Press-NORC Center for Public Affairs Research, as well as other pollsters, have shown that about one in 10 Americans want abortion to be illegal in all cases.

More than 90% of all abortions in the United States take place during the first 13 weeks of pregnancy, and more than half are now done with pills, according to data and information compiled by the AP.