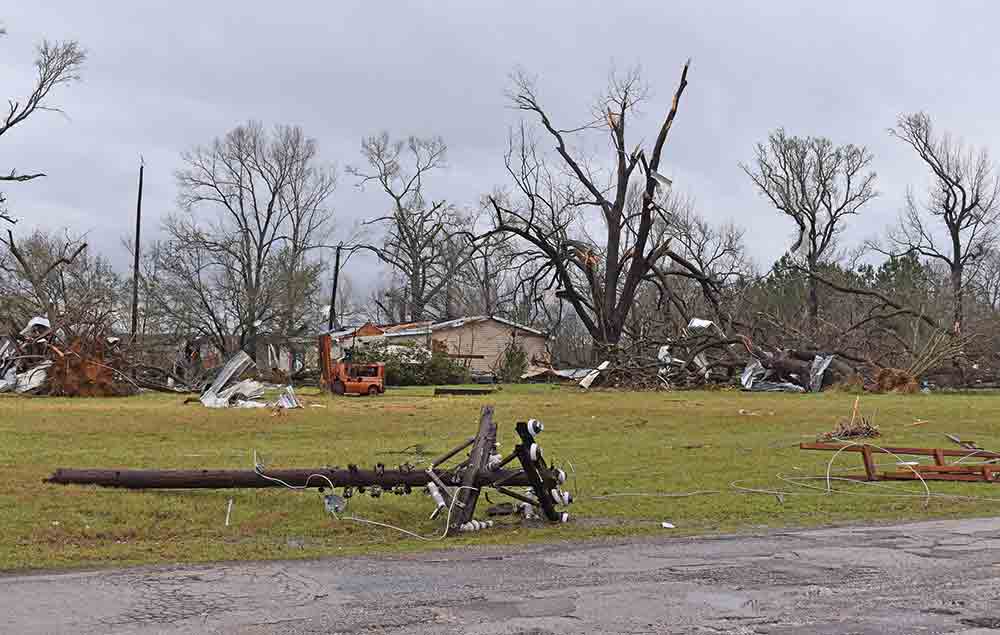 HOUSTON COUNTY – Tornado activity touched down in Houston County on Monday night. Most of the region was under tornado warnings and/or watches during Monday, and some areas were still under watch on Tuesday afternoon.

Along with straight-line winds, heavy rainfall came over the region, and hail was reported in some areas. Many parts of the county were affected by the tornado.

Most of the businesses located just off the west side of Loop 304 on North Fourth Street were demolished by the tornado that crashed through parts of Crockett last night between 10 and 11 p.m.

The business owners with whom the Courier spoke were still in shock over the loss of their buildings and businesses. The only space that seemed relatively untouched was the State Farm Insurance Office.

A storage facility behind the strip center also sustained some damage, although it was hard to assess how much due to the trees and debris that hindered access to the area.

Norman Lane got hit hard, with most of the houses either sustaining some damages or completely destroyed.

Ansel Bradshaw, who has a house that was destroyed said that in spite of the destroyed home, he and his family “are extremely blessed.” He said that his daughter, Katie, is at school at Baylor, and he and his wife were closely tracking the storm’s movements.

“It leaves there and goes to Bryan College Station, then it leaves there and goes to Madisonville, and obviously through small towns in between. And then it’s getting closer and closer and closer. Brenda and I and the dog and cat moved into one of our bathrooms. You hear the freight train noise, then the ears start ringing and then it’s over,” Bradshaw said.

Statewide, at least one person was reported dead and many more injured following tornadoes that touched down in areas around Austin, such as Round Rock, Jacksboro, Elgin, Taylor and Jarrell.

Madisonville was impacted, as well, and at press time more than 60,000 electric customers were without power after the night of storms.

According to the National Weather Service, the parent storm system was to shift east on Tuesday and move through the Deep South region, with another round of tornadoes, hailstorm and strong, damaging winds.

NWS predicted a Level 4 out of 5 risk of severe weather, and warned of a regional “severe weather outbreak,” with the potential for more strong tornadoes.

Outside of Texas, there were tornado watches on Tuesday for parts of Louisiana and Mississippi on into the evening hours, according to NWS.

Another Houston County homeowner on Norman Lane, whose house had minor damage said “I’m without power or water and first thing I thought of this morning was that I hoped one of the cars was drivable so I could find someplace to get a cup of coffee. Then I see an angel coming up the street handing out cups of freshly brewed coffee!”

The resident, who did not wish to be identified, expressed how stunned he was to walk out of his house and look across the road at his neighbors, whose houses were demolished.

“I just feel so fortunate. That could easily have been my house,” he said. 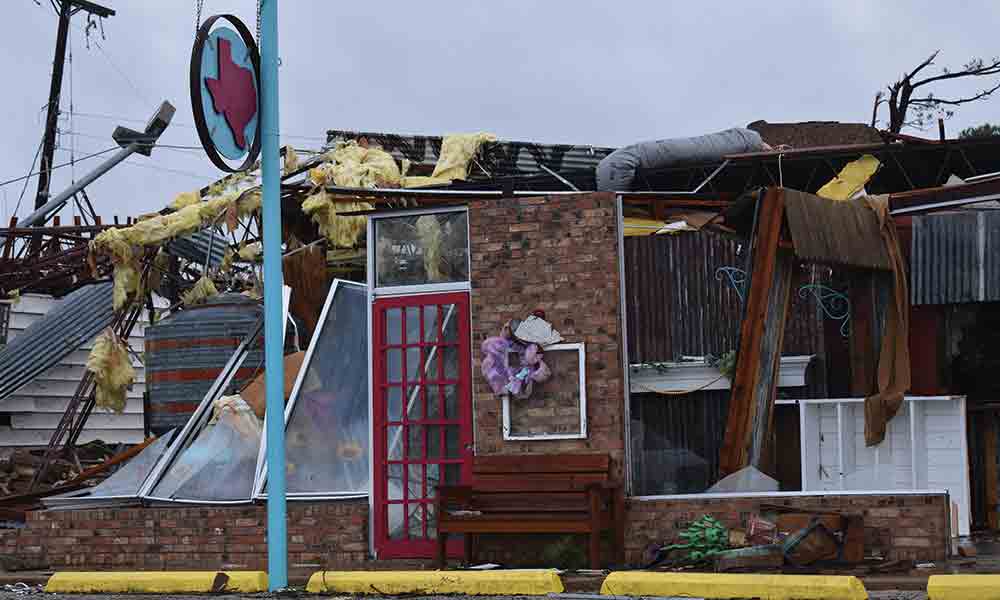