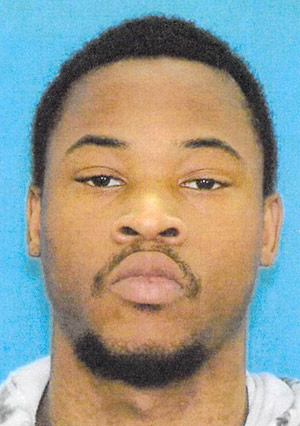 Randy Dewayne Jones Jr.By Brian Besch
This email address is being protected from spambots. You need JavaScript enabled to view it.

CORRIGAN – A Crockett man is now in custody at the Polk County Jail after a terroristic threat Monday.

Randy Dewayne Jones Jr., 19, turned himself in Tuesday afterthreatening to “shoot up” Corrigan-Camden High School, according to a Corrigan Police Department press release.

“He was associated with some students at the high school, and it was basically, like a lover's spat,” Corporal Terry Valka of the Corrigan PD said. “They ended up blocking him on social media and then he started mentioning on Snapchat that he was coming with seven carloads deep with his gang members and going to shoot them and whoever else was in the path at the school. He sent it via text message, and they (students) showed it to them at the school. He is supposedly affiliated with some gang members in the Crockett area.”

According to Corrigan-Camden Superintendent Richard Cooper, the student turned the message over to high school administration.

The threat was made an hour and a half before school dismissal. The campus at the high school and middle school was placed on a “soft lockdown.”

“We were made aware at 1:55 p.m.,” Cooper said. “When we receive a threat of violence toward a student at the school or to the school itself, we contact law enforcement immediately, which was Corrigan PD.

They came and looked at the threat. Our high school and junior high campus – those campuses are connected by one city street and we have junior high students that come to the high school for some of their

elective classes. We put both of those campuses on what is called a soft lockdown. They are not locked down with lights out, like there is an active shooter, but they are not allowed to go outside. We stay in one classroom and quit switching classes.

“Local law enforcement in Corrigan reached out to Polk County Sheriff's Office and we had a real heavy police presence. We had police officers at all entrances of the campus until we felt like it was safe to send our kids home at the end of the day. We escorted all of our kids out to buses or parents’ vehicles. We canceled all afterschool activities yesterday and let law enforcement conduct their investigation and arrest who made the threat. They did, and they did it swiftly.”

In charge of the scene, Valka said he contacted the Polk County Sheriff’s Office for assistance and secured the area with around 20 officers.

“We had about 15 patrol cars all around the front and back and side,” Valka said. “We had it secure and if anybody wanted to, they couldn't have done anything.”