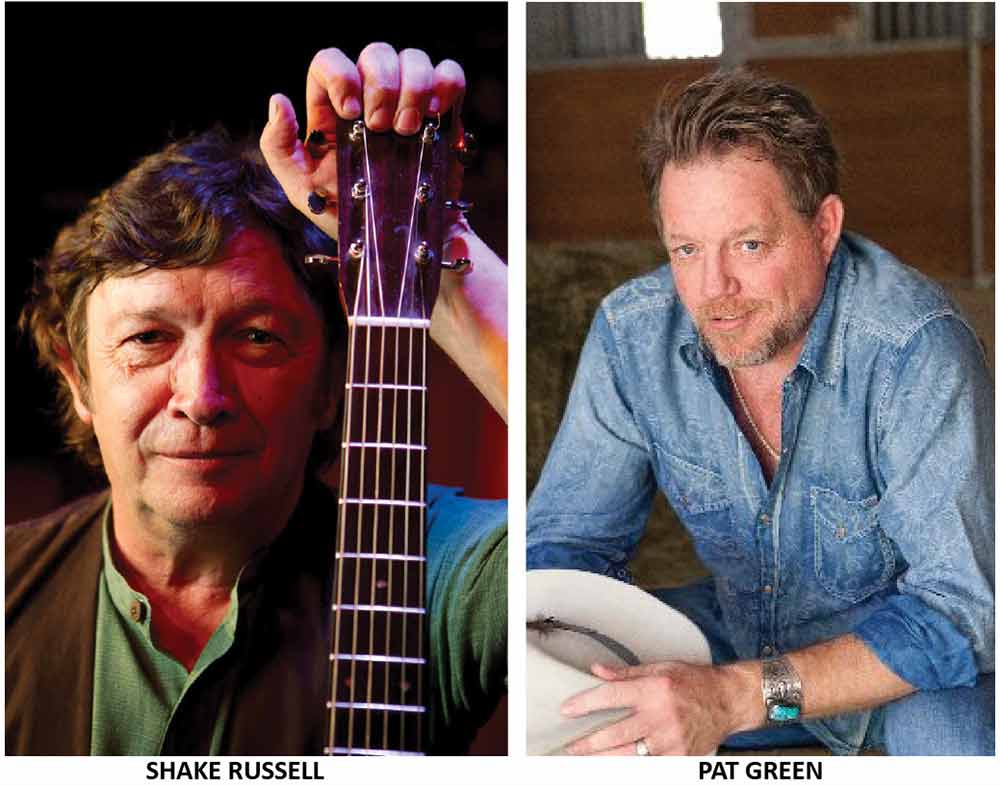 Pat Green will perform a Piney Woods Fine Arts Association-produced show at the Crockett Civic Center at 7:30 p.m. on Friday, Nov. 19, and Shake Russell will play at 8 p.m. on Saturday, Nov. 20 at Camp Street Café downtown.

Green, who came to prominence in the Texas County boom of the late 90s and early 2000s, began playing live during his college days at Texas Tech in Lubbock. His early string of albums were produced by the legendary steel guitarist and producer Lloyd Maines and contained several of the songs that still fill his concert setlists to this day, such as “George’s Bar” and “Southbound 35.”

Green’s major label run in the early 2000s produced such hits as “Wave on Wave,” and through his career, he has covered songs by legends such as Townes Van Zandt, Ray Wylie Hubbard and Walt Wilkins.

His last full-length album was Home, which was released in 2015.

The admission price to the Green concert are $25 general admission and $55 for VIP table seating. The show is being sponsored by HCEC and Callaway-Allee.

Saturday’s show at Camp Street with Russell will showcase a performer and songsmith with more than 50 years of experience to draw from.

Russell, who is best-known to mainstream audiences for co-writing such songs as Clint Black’s hit “Put Yourself in My Shoes,” has released 30 albums in his career. His latest album is titled Chasing the Song, and according to a news release from Camp Street about the show, Russell’s new record showcases “a delightful array of original compositions” that display his talents.

Russell has performed solo, as well as with bands and often as a duo with fellow singer/songwriter Dana Cooper. Admission to see Russell is $22.