NEW WAVERLY — Coach TaNesiah Johnson's warnings to her team about the challenges of playing New Waverly on the road fell on deaf ears.

New Waverly and Crockett, both 7-2, are tied for second place behind District 23-3A leader Anderson-Shiro (9-0).

"As I've warned repeatedly, do not come out flat because New Waverly is a hard place to play. But that's exactly what we did. We came out flat," said Coach Johnson, whose team faced another tough road game against Anderson-Shiro on Tuesday.

New Waverly opened the game with a 4-0 run. Trailing 14-9 in the second quarter, Johnson said her team played "somewhat better" and trailed 26-21 going into halftime.

Crockett closed the gap to 39-38 at the end of the third and started playing its style of basketball.

"We went inside to our bigs, which we should have done way sooner like I told the girls," said Johnson.

The Lady Dogs outscored their hosts 10-9 in the fourth to knot the score at 48-48 and force overtime.

Unable to keep their momentum going, however, the Lady Bulldogs were outscored 9-5.

"We just had way too many turnovers which killed us and we gave up some defense possessions that we couldn't afford. Once we finally did what we were supposed to and fed our BIGS inside, we scored every time. But apparently we were too selfish and instead of sticking to the game plan we did what we wanted to, which cost us the game. 99.5% I know what I am doing and talking about. At the end of the day we lost due to turnovers, probably the most since I've been coaching here," said Johnson.

Tocarra Johnson led with 18 points and Naomi Taylor was right behind with 17. Tania Davis and A'Nayah Wooten both chipped in 9.

The Lady Bulldogs have five games left, starting with a trip to Anderson. Coldspring comes to town Friday and Crockett travels to Shepherd next Tuesday.

"There are a lot of scenarios how the district could shake out. The bottom line is we must beat Anderson," Johnson said.

Last Tuesday at The Hop, the Lady Bulldogs demolished Trinity 71-5 to start the final leg of district.

Johnson pumped in a game-high 27, including a 13-point spurt in the second.

Tania Davis was close behind with 25 and Taylor rounded out double figures with 12.

Since Trinity didn't have a JV, Johnson moved up White and Brodeja Davis. "They both stepped up really well and played their roles. Brodeja almost scored a couple of times but couldn't get them to fall. I thought they both helped us out."

The Lady Bulldogs continued to shine in the turnover department with only 13 for the game.

Keyonna Davis missed the game and A'Nayah Wooten was sidelined by an injury during pre-game warm-ups. 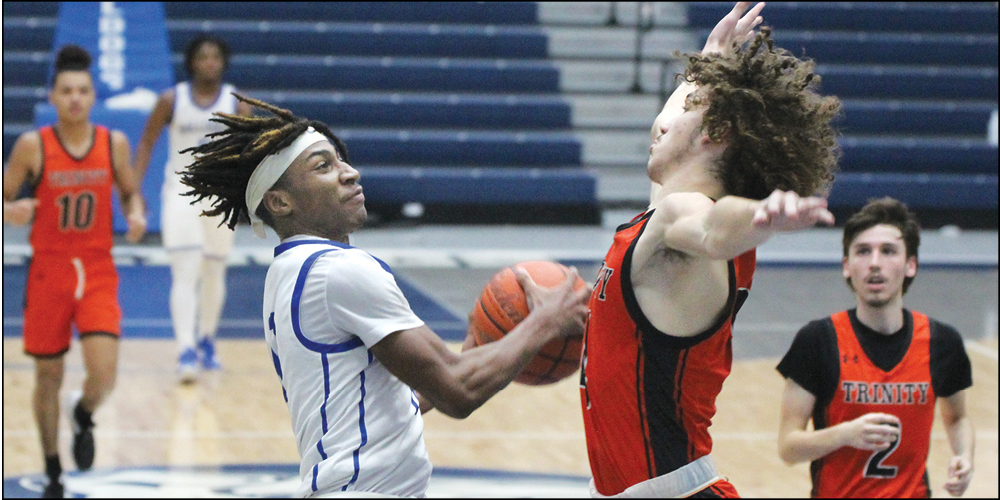 NEW WAVERLY — Crockett Bulldogs won a showdown with New Waverly 61-57 on the road Friday and moved into a tie for first place in District 23-3A.

Crockett led 20-12 after a quarter and maintained an eight-point lead through three quarters. The Bulldogs led 35-27 at the half and 46-38 after three quarters.

New Waverly outscored Crockett by four in the final frame but it wasn't enough.

Jadyn Collins paced Crockett's scoring with 21, Jaroderick Holmes was next with 14 and Antwaain Boston had 12 (2 treys).

Tywoin Delane drained a pair of treys and finished with 8 points, Courtney Byrd had 4 and Zandric Anderson 2.

The game marked the midpoint of district with Crockett and New Waverly tied for the top spot with 6-1 marks.

After playing Anderson on Tuesday, Crockett hosts Coldspring on Friday and travels to Shepherd next Tuesday.

Last Tuesday, the Bulldogs pulled away from Trinity in the second half to win 60-34.

Falling behind 8-3 early, the Bulldogs rattled off 11 unanswered points on treys by Delane and Chase Ivey sandwiched around a basket by Iverson Rischer.

After Holmes scored a bucket and completed a 3-point play to make it 14-8, Trinity nailed a buzzer-beater trey to hold Crockett's lead to 14-11.
Ivey opened the second quarter with a trey to spark a 13-2 run that put the Dogs up 27-13.

Crockett led 33-21 at halftime and carried its momentum into the third quarter.

After Trinity scored the first bucket, the Bulldogs reeled off a 14-0 spurt that put them out front 47-23 with 1:30 left in the third.

The Tigers scored their first bucket of the fourth quarter with 2:00 left.

Holmes led the scoring with 20 and Anderson had 10.

"The bench was really good. Our starters got off to slow start, so I pulled four and put the bench in," said Murray. "Tywoin (Delane) has been really good since the Christmas tournament. He's been of those guys that we go to early if things are looking a little slow. Tonight he hit a three-pointer right off the bat and rebounded well."

Murray also noted Chase Ivey's trey less than minute after Delane drained his. "Those two bench guys both hitting treys in the first quarter is what gave us a spark with the bench," said the coach.

"Tyvon (King) came in, defended hard and got his hands on a lot of balls. When Zandric (Anderson) first went in he had 5 rebounds on the first 6 possession, so he probably had double-digit rebounds. Zandric and Tywoin both rebounded and defended well,"said Murray, adding that Jaroderick Holmes logged several steals. 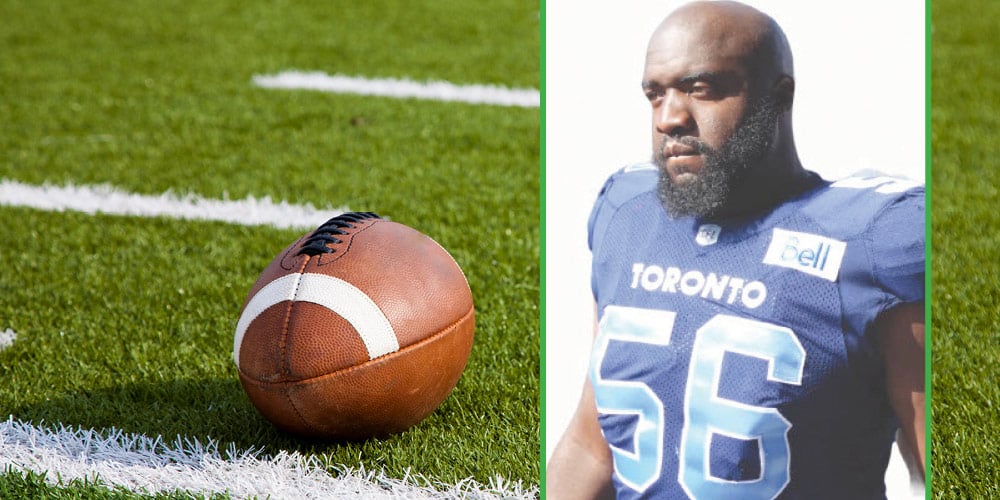 Davis will be honored during a program at the Crockett Civic Center from 12-1 p.m.

A 2009 CHS graduate, Davis was a two-star Rivals.com prospect, All-District Defensive Co-MVP and a Class 3A all-state performer his senior year after recording 110 tackles, four forced fumbles and five fumble recoveries. He was an all-district performer as a junior after notching 118 tackles and four interceptions.

He received offers from Baylor, Louisiana Tech, Oklahoma State and Tulsa but ultimately committed to the SMU Mustangs. He made an impact his freshman season, starting five games and playing in all 13 games. He was a starter in every game his sophomore and junior years.

He received CollegeFootballNews.com. All-American honorable mention during his sophomore season and was selected for the 2011 Rotary Lombardi Award Official Watch List.

As a junior he was second-team All-C-USA and named FWAA National Defensive Player of the Week against UTEP. He was named second-team All-Texas by Dave Campbell's Texas Football during his senior season and First-Team All-C-USA following senior season. He finished his college career with a total of 301 tackles, 20.5 sacks, 4 interceptions, 20 pass deflections, and 6 forced fumbles.

Davis, who received a degree in Sports Management at SMU, was signed by the Houston Texans in 2013 and later spent time on the Kansas City Chiefs, Washington Commanders and New England Patriots rosters. In 2016, Davis made his transition to the CFL and became a member of the Calgary Stampeders Defensive roster.

During the off seasons, Davis hosts Camp Champ, a football training program that focuses on mental and physical training on and off the field as well as other sports.

In his free time, "Champ" mentors youths and has become somewhat of a philanthropist through his international non-profit, the Ja'Gared Davis Foundation. In 2018 he started a clothing and shoe company, Champ 56, inspired by his jersey number and youth inspiration Lawrence "LT" Taylor. Davis plans to expand his brand and likeness into other avenues as well as numerous outreach programs and worldwide development.

Davis's motto is, "Just do the little things right that always make a big difference." 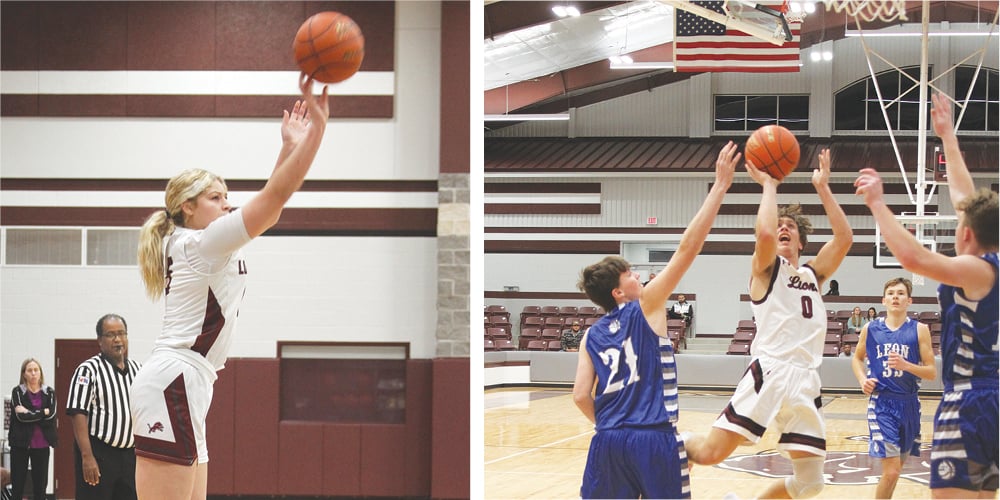 LOVELADY — The Lovelady Lady Lions are off to an impressive start to their District 20-2A basketball campaign.

After winning their first two games on the road against Latexo 66-16 and Groveton 74-38, the Lady Lions handled Leon 66-45 in their first home appearance last Friday.

Leon was able to keep Lovelady within reach for the first half but couldn't keep up the pace after halftime.

Shelby Pugh finished with 9 points, 9 rebounds, 4 assists and 5 steals. Kylie Pugh was right behind with 8 points and 5 rebounds .


Playing Groveton last Tuesday, the Lady Lions turned in another dominating performance in a 74-38 victory.

The first quarter told the story as Lovelady grabbed a 27-8 lead and stretched it to 47-20 at the break.

Groveton matched Lovelady's 10 points in the third quarter but the Lady Lions closed out the game with a 17-8 run.

Price scorched the nets for 32 points, 7 rebounds, 8 assists and 7 steals.

Jones was next in scoring with 19 points, 4 rebounds, 4 assists and 3 steals

Shelby Pugh was the top rebounder with 10 and chipped in with 5 points and 4 steals.

Lovelady continued district play Tuesday at Grapeland and will host Centerville on Friday to finish the first round. 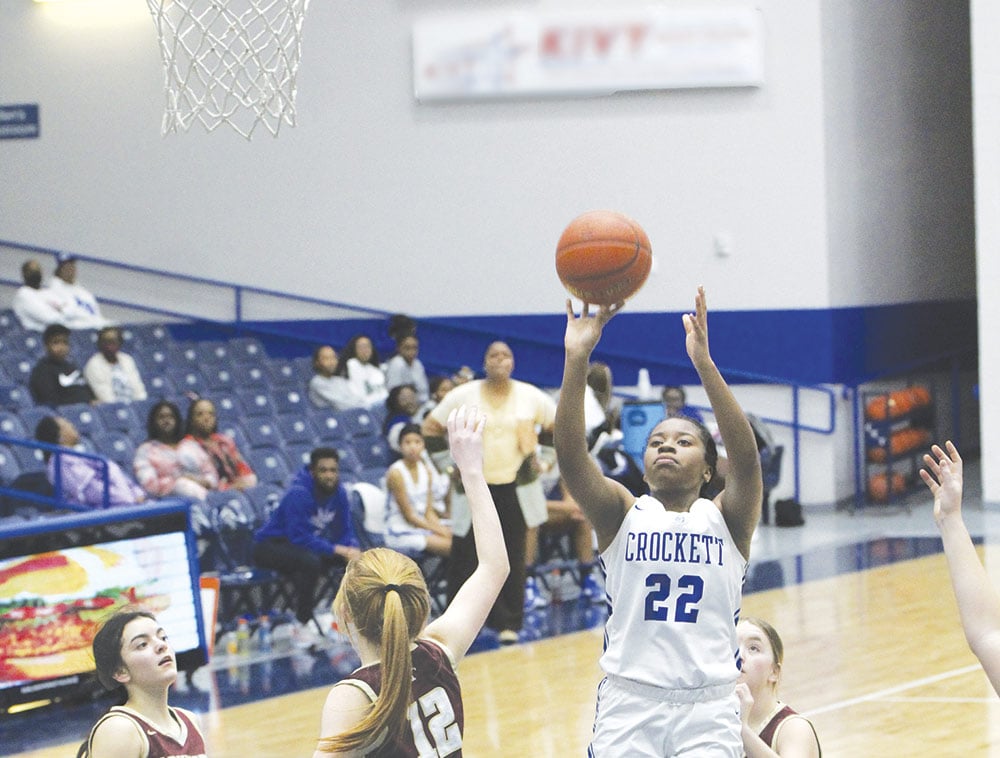 CROCKETT — Crockett Lady Bulldogs wrapped up the first half of district with dominating wins over Onalaska 71-44 and Tarkington 48-20.

The Lady Bulldogs (6-1) sit in second place at the district midpoint. After starting the second half Tuesday against Trinity, Crockett faces crucial road games with New Waverly (5-2) on Friday and Anderson-Shiro (7-0) next Tuesday.

In both of last week's games, the Lady Bulldogs jumped out to commanding early leads.

Travelling to Onalaska last Tuesday, Crockett came out of the gate and outscored the hosts 18-6 in the first quarter. The Lady Dogs led 38-17 at halftime and 51-33 at the end of three.

In the final period, senior Tocarra Johnson canned 15 points to lead a 20-11 run.

Johnson finished the night with 31 points and was joined in double figures by Tania Davis (1 trey) and A'Naya Wooten with 18 apiece. Edrinette Simpson and Naomi Taylor each had 2.

Johnson noted that Simpson, a freshman, "stepped up big-time on defense."

The only blemish on Crockett's performance was free throw shooting. The Lady Dogs struggled at the line, hitting just 8 of 28 for 29 percent,

Hosting Tarkington on Friday, Crockett raced out to a 26-6 halftime lead and extended it to 41-9 after three quarters.

Coach TaNesiah Johnson wasn't pleased that her team was outscored 11-7 in the fourth. "That's unacceptable," she said.

"Tocarra carried the load, but we've got to have three in double figures against teams where it counts," said the coach.

The Lady Dogs also had a solid night in the free throw department, connecting 10 of 16 for 63 percent. "That's where we should be. The last two games we shot around 30 percent or lower at the line. We stepped up and made our season high tonight," Johnson said.