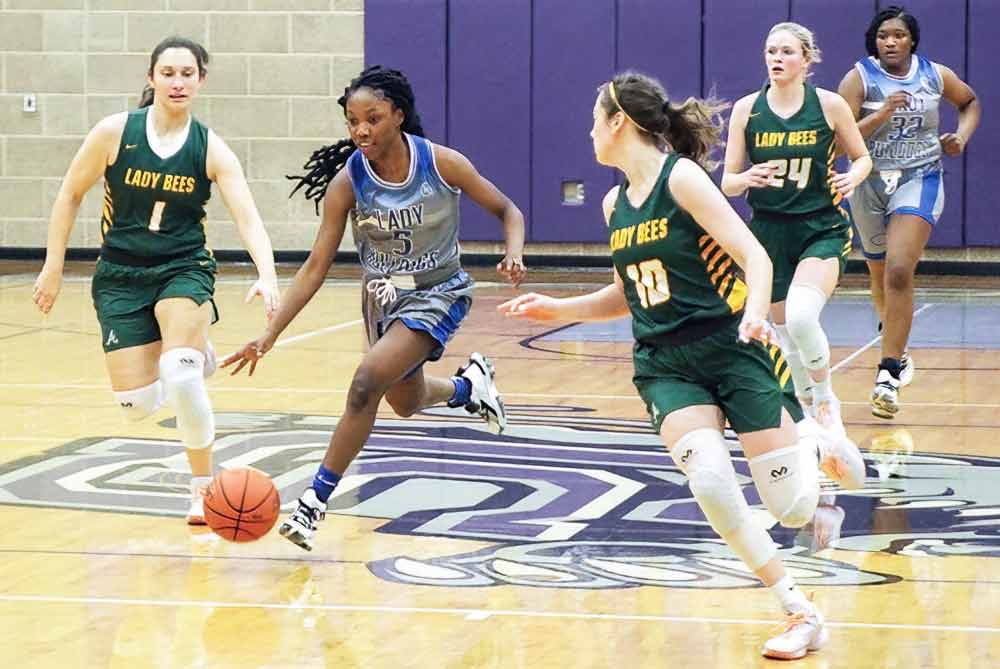 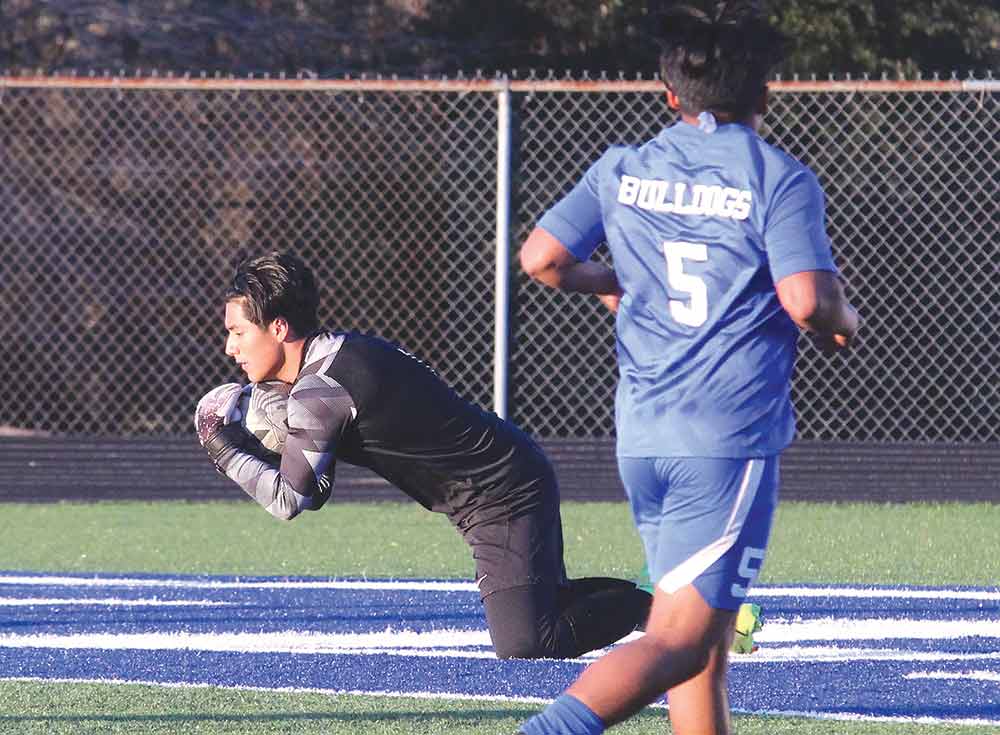 CROCKETT -- The Crockett Lady Bulldogs can breathe a little easier after clinching fourth place in District 20-3A.

"We're officially in the playoffs," said a relieved coach Johnson after the win over Groesbeck.

The Lady Dogs played Buffalo on Tuesday and will host Westwood on Friday, which is their Senior Night game. They wrap up the regular season next Tuesday at Fairfield.

"Of course, we started off sluggish and weren't where we were supposed to be," said Johnson, pointing out the Lady Dogs only scored 11 in the first quarter and 16 in the second.

"My leading scorer only had nine points at halftime. We were just struggling to get started," said Johnson. "We've got to find a way to get our tempo and our mojo going early in games."

Fortunately, Crockett came to life in the third.

Junior Tocarra Johnson came out sizzling and scored 15 points to spark a 21-7 run that put Crockett up 49-31.

The Lady Dogs only outscored the guests 17-14 in the final period. “They almost matched our points in the fourth, so we won the game in third,” said the coach.

Johnson finished the night with 29 points and was joined in double figures by La’Kyriah Hamilton with a career-high 14 and A’Nayah Wooten with 10.

Johnson said the Lady Dogs, who only made 7 of 18 at the line, still need to improve on free throw shooing. Groesbeck was 10 of 15.

The Lady Bulldogs had 26 turnovers to Groesbeck’s 24. “That’s a lot for us but we average 30 to 40, so I’ll take it,” said Johnson. “We actually scored off of their turnovers. In the past we’d turn it over, blow it or turn it back over.”

Last Tuesday, the Lady Bulldogs found the Elkhart Lady Elks to be feistier than when they played the first time.

When Crockett and Elkhart played on Dec. 17, the Lady Elks trailed 25-6 early but they came into the rematch determined to make the Lady Bulldogs earn every point.

Elkhart held Crockett to a 12-11 first quarter lead and was still in the game at halftime when Crockett led 24-18.

Picking up the pace in the second half, Crockett outscored Elkhart by 12 in the third quarter to take a 41-23 lead and capped it with a 25-8 run in the fourth.

“I warned the girls that we couldn’t afford to start off flat. Elkhart has nothing to lose with only two wins and would like nothing better than to gain back bragging rights,” said coach Johnson. “So, what did we do? Coming out flat is an understatement. We came out dead. It was horrible.”

“We didn’t come ready to play. We think because we’re playing Elkhart we don’t have to work. We’ve still got to work. That was the difference between us and Franklin last Friday. They played all four quarters from the beginning to the end. We turned it on in spurts. We have to turn it on at the beginning until the clock runs out,” said the coach.

Johnson has been harping all season long on the need to have at least three scorers in double figures and the Lady Bulldogs had four.

Tocarra Johnson led with 24, followed by Wooten with 13, Davis with 11 and Hamilton with 10.

Shooting from the field was horrendous. “We missed 60 shots and probably 40 of those were layups. That’s 80 points,” pointed out Johnson

“Our problem is we turn it on and off when we want to instead of playing 100 percent the whole game. That’s literally how we lose, playing in spurts,” she added.