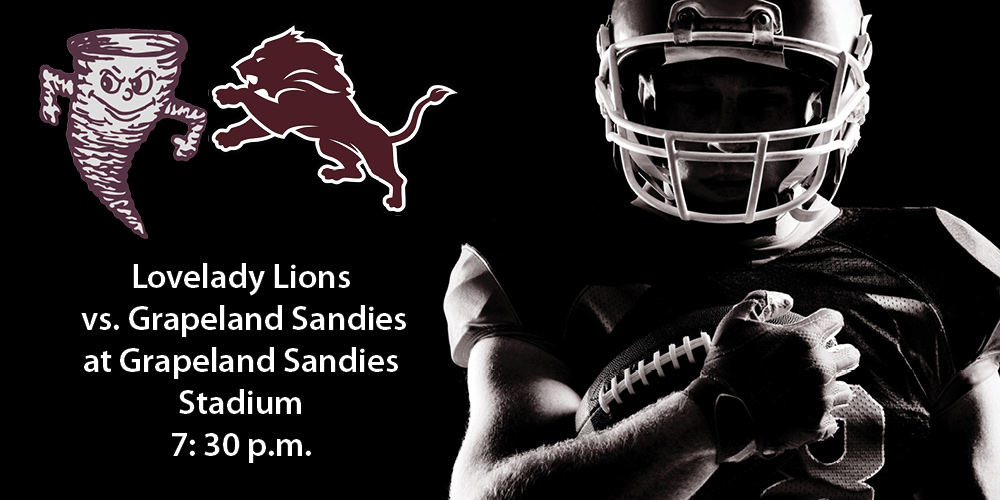 FRANKSTON — A 22-yard field goal by sophomore Coleman Merritt in the closing seconds lifted the Frankston Indians to a24-22 win over the visiting Grapeland Sandies Friday.

Trailing by a point, Frankston drove down the field to Sandies 12 on the running of quarterback Reese Hicks and was able to set up and kick the field goal with five seconds left.

The score was knotted 14-14 early in the fourth quarter until Frankston took a 21-14 lead with 5:43 left. Grapeland scored a touchdown and two-point conversion to go in front 22-21 with 1:49 left in the game.

Grapeland led 8-6 after the first quarter and that’s where the score stood at halftime.

conversion by Trey Gilmore with 3:42 left in the period.
The Indians answered shortly afterward a 47-yard scamper by the quarterback. The two-point conversion try failed , leaving

Grapeland scored first in the third quarter to go ahead 14-6 on a six-yard pass from Lamb to Wiley with 7:54 left in the period. The two-point conversion failed.

The Indians gave the home fans something to cheer about as they tied the game at 14-14 and then went ahead 21-14.

Frankston finished with 229 yards rushing and 92 passing for a total of 321 yards.

Grapeland rolled up 283 yards of offense.

Lamb completed 9 of 16 passes for 148 yards and three touchdowns.

Omarian Wiley had four receptions for 78 yards and two touchdowns while freshman Maleek Johnson had four catches for 70 yards and 1 touchdown. Kitraviunce Gilmore also had a catch.

Kitraviunce Gilmore picked up 74 yards on 27 carries, Jax Vickers had 46 yards on eight carries and Maleek Johnson picked up 15 yards on four carries.