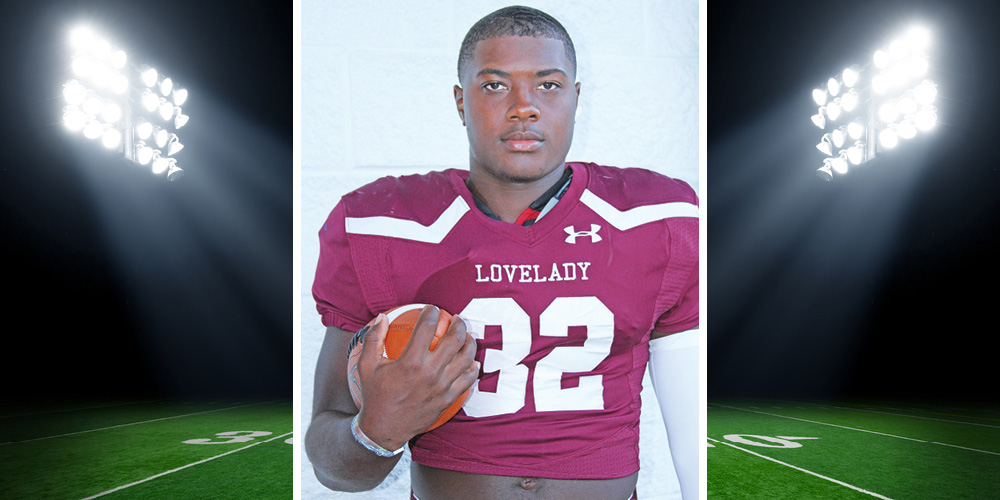 Lovelady Lions will wrap up preseason football action on the road against the highly ranked Timpson Bears on Friday.

Timpson, coached by Kerry Therwhanger, is No. 2 in Texas Football magazine’s Class 2A DI Preseason rankings. Timpson went 12-1 last year, losing to Shiner in the state semifinal for the second straight year. Shiner went on to win the state crown and is ranked No. 1 this year.

Looking back at his team's showing last week at Trinity, Lovelady head coach Will Kirchhoff said, “They showed up on both sides of the ball and executed well on both sides. We told them before the scrimmage that the main things we were looking for were effort and 11 folks flying around the football. They did that all the way from the JV to the varsity.

Kirchhoff continued, "It's a great starting point for the year and all the kids across the board exhibited Lovelady football. We've talked all year about starting where we finished last year and I think they're definitely way ahead of where they were at this point last year, which is all we can ask. Like every year, we're going to keep getting better every week..”

The Lions are favored to win the District 11-2A DII championship and are ranked No. 14 in Texas Football’s 2A DII preseason poll.

Commenting on the Lions’ offensive showing in the scrimmage, Kirchhoff said, "We had some technique issues, but the physicality that we've become known for was definitely there. Even though we have quite a few returners we have a bunch of guys in a lot of new spots,"

Senior Shaun Easterling has moved from running back to quarterback this season. "That was his first full-time showing as a quarterback and he did a heck of a job of running the show, just making sure he was under control and controlled the huddle, which is something that is natural to him. He's a natural leader. To have him in that role and see him step into it and not miss a beat is pretty special."

The coach continued, "We ran the ball well, which is what we hang our hat on. The thing that'll surprise a lot of people is you think of Shaun being a running back but at quarterback he can throw the ball a lot better than people think."

Easterling threw a 40-yard touchdown to J.J. Crawford early in the live setting. He's obviously one of the best ball carriers I've ever coached, but he's also one of the most coachable kids I've ever coached. He's going to continue to get better and throw the ball better than people would think and he proved that the other night."

Easterling has been named District 12-2A DII Preseason Offensive MVP by Texas Football.

Easterling has been playing running back and was District Offensive MVP the last two years after being named Newcomer of the Year as a freshman. He received all-state third team and honorable mention as a running back from the Texas Sports Writers Association the last two seasons.

The Lions’ second team offense got on the scoreboard in the controlled setting when Cortavius Whitaker broke a long touchdown run.

"We're a grind-it-out kind of team, so there's nothing too flashy. We strive for consistency as far as being able to get positive yards when it doesn't look like we should and making tough runs, always finishing forward. I'm old school, so highlights to me are those four-yard plays that should have been none,” the coach said.

Kirchhoff added, "As for the rest of the guys, it's just small details that we've got to iron out. But for the most part the physicality was there, which is what we're always working on. Effort across the board was extremely high on both sides of the ball."

"Offensively you've got people working their way all the way down field and never taking a play off. That's what's really going to set us for success later down the road.”
Even the defense got in on the scoring when senior free safety Blake Patrick scored on a pick-six.
Kirchhoff said the Lions had three interceptions forced several fumbles.
Lovelady also converted a pair of two-point conversions.