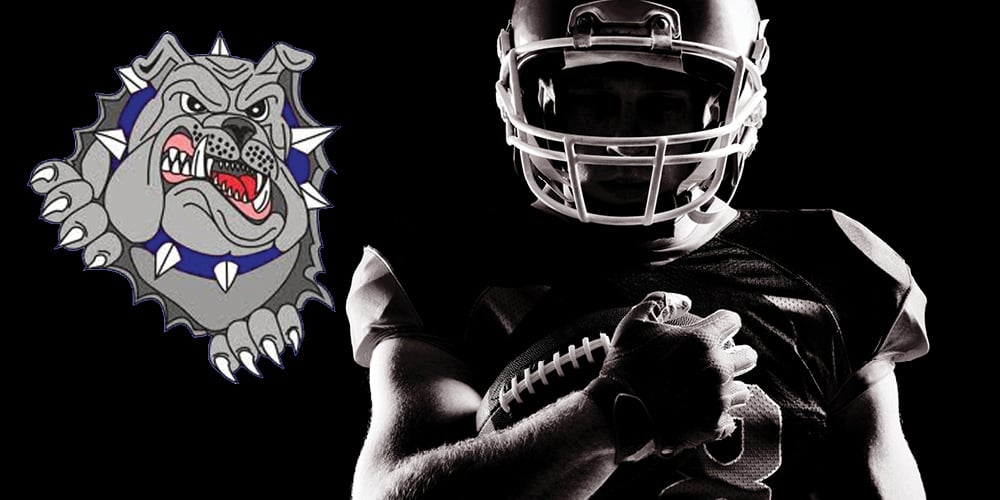 A 120-mile bus ride to Elysian Fields didn't negatively affect the Crockett Bulldogs in their first preseason outing last Friday,
"Once we got there and got the kids settled into the locker room, we walked through our offensive and defensive preparation. The main thing was they were focused really good and when we took the field there was a lot of energy," said Bulldogs head coach Alton Dixon. "It was great to see the offensive and defensive coaches supporting each other.”

Dixon said the biggest takeaway from the scrimmage was the Bulldogs' ability to run the football between the tackles.
"We didn't go out with a big bunch of things we wanted to do on offense. We ran some downhill stuff but we didn't run our quarterback," said Dixon.

Dixon cited several "explosive" offensive plays on carries by running backs Corey Simon, Tywoin Delane and freshman Peanut McKnight. Simon had a 30-yard run and Delane caught a 25-yard pass in the end zone from senior flinger Jadyn Collins. "That was a beautiful pass by Jadyn and our pass protection was excellent," said the coach.

Collins, a first team all-district honoree, was 3 of 9 but had several dropped passes. "Four of the passes were dropped and two other times he was flushed out of the pocket and still managed to throw a catchable ball. He did a great job leading," pointed out Dixon.

"We had several plays like that, so the focus right now is catching the ball. We're catching 100 balls a day to get better," said Dixon. "Jadyn did a really good job of leading and encouraging the receivers when they didn't make the catch. The remarkable aspect for me was seeing him take ownership and still have a positive outlook. He played amazing."

Sophomore running back Damian Griffin didn't play football last year but has worked hard in offseason and summer conditioning. "He's busted his tail and I'm very happy to see his pass protection and his blocking," said Dixon. "There's some finer things he's got to learn to get better. I loved the way he approached the game and the way that he ran."

Rating the Bulldogs' defensive performance, Dixon said, "We had 11 hats to the ball. Our safeties Corey Simon, Kalan Kalra and Dylan Porter were all amazing making plays but there's a lot of room for us to grow and get better.”

Crockett's defense got off to a rousing start on Elysian Field's first offensive play when cornerback Peanut McKnight picked off a pass and returned it for a touchdown.

Elysian Fields' only score was a touchdown pass late in the scrimmage during the red zone segment.

"Jim played like a man. He set the edge and they had to cut back on their stretch because of the way he played. Blake annihilated their center several times," said Dixon.

Mike linebacker Zandrick Anderson played a solid game getting the defense settled and lined up. Bryson Burton played well at his new position of outside linebacker.