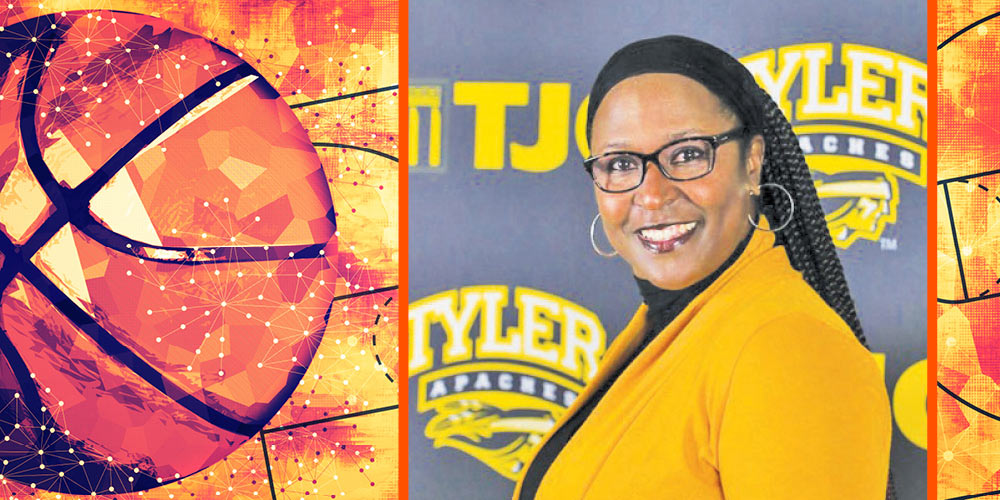 Now the former Grapeland Sandiettes basketball star can add her induction into the Texas High School Basketball Hall of Fame to a long list of accolades.

Tillis-Hoard is one of eight members of the Class of 2023 to be honored during an induction banquet in conjunction with the Texas Association of Basketball Coaches (TABC) Clinic on May 20, 2023.

The incoming class of legends includes players, coaches and influential contributors that left their mark on prep basketball in the Lone Star State. The new coach members include Chuck Darden, Larry Goad and Nancy Walling. Player inductees are Tillis-Hoard, Larry Davis, Keith Edmonson and Larry Spruiell. Rounding out the class is Jim Forbes for his efforts as a player, coach and contributor.

“One word can easily describe the eight men and women in the Class of 2023 - excellence,” said TABC Director Rick Shirley. “The class includes prolific players that excelled at scoring and coaches that won and were great mentors to their players. The class also recognizes efforts that have helped to grow the game of basketball not only within Texas, but throughout the United States.”

Upon graduating high school, Tillis-Hoard signed to play forward for the Stephen F. Austin State University Lady Jacks. She was named to SLC 1990s All-Decade Team and was inducted into SFA's Hall Of Fame. While at SFA she obtained her Bachelor of Science in Rehabilitation degree.

Tillis-Hoard is being recognized as a player, but has earned numerous honors as head basketball head coach for the TJC Apache Ladies.

In her 22nd year at the helm, Tillis-Hoard recorded her 500th career victory earlier this season against Kilgore College. The milestone commemorated Hoard as the second African American woman to reach 500 wins in the NJCAA. She has been named the 2022 NJCAA Division I Women's Basketball Coach of the Year.

Other Texas High School Basketball Hall of Fame Class of 2023 inductees are:

• Jim Forbes (player/coach/contributor) – Forbes was an All-American basketball player at Bel Air High School in El Paso. He went on to play at UTEP and was a member of the U.S. Olympic Team in 1972. He was the head coach at El Paso Riverside and El Paso Andress high schools, winning more 700 games and leading both teams to state tournament appearances. As a TABC board member, he was a great ambassador for the coaches and players in the El Paso area and around the state. His high school jersey is retired at Bel Air. Both Andress’ and Riverside’s gyms are named in his honor.

• Larry Goad (coach) – Goad coached for 43 years, with head coaching stints for four years at Henrietta High School and 30 years at Desoto High School. His teams won 766 games, which included 19 playoff appearances, 11 district championships, and advanced to eight regional finals (where his teams were eliminated by seven eventual state champions). He made one state tournament finals appearance in 2007-2008. He was selected coach of the year numerous times.

• Larry Spruiell (player) – Spruiell played at Pottsboro High School, Megarel High School, (consolidated now with Olney), and Petrolia High School. As a freshman, he averaged 14.5 points per game, 24.5 as a sophomore and 27.3 as a senior. As a sophomore in 1971-72, he led Pottsboro to a 37-0 record en route to a state championship, and during his senior year, he led Petrolia High School to the State Finals with a 34-1 record. He earned All-State and All-State Tournament honors both years.

• Nancy Walling (coach) – Walling spent 30 years in coaching, with 25 of those being a head coach at Belton High School and Pflugerville High School. She won 647 games during that span, which included 18 playoff appearances, 13 district championships, four regional tournaments, and four state tournament appearances. (1993, 2005, 2009 and 2013). She was also an outstanding player who led Canyon High School to consecutive state championships in 1977 and 1978.