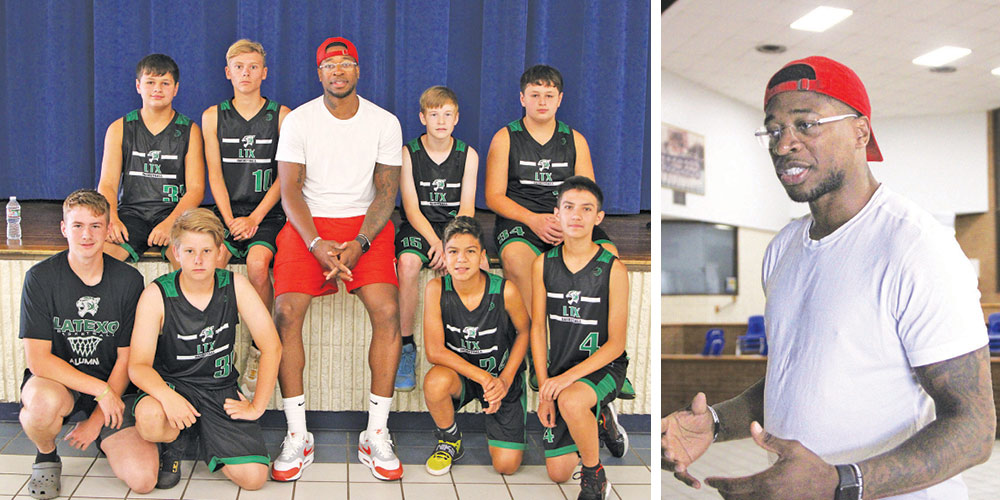 CROCKETT – Cartier Martin says he is living proof that a small-town kid can achieve his dreams of playing college and professional basketball.

Martin, born in Crockett in 1984, attended Crockett schools and participated in Little Dribblers until age 13 when his mother moved to Houston.

After a successful high school career at Houston Nimitz, Martin played basketball for Kansas State and remains the university's No. 9 all-time scoring leader with 1,546 career points.

Martin has never forgotten his roots. He returned to Crockett last week to host a Basketball Showcase for youth AAU and select travel teams with friend Brandon Johnson.

Between games, Martin spoke to each team and shared his knowledge of what it takes to reach the college and professional levels.

"The biggest thing is to build a work ethic. It's not an easy process to get to that level, but it's very attainable if you commit yourself and overcome adversity," Martin said. "Keep working hard, believe in yourself and stay committed to the game."

Playing high school basketball at a metropolitan school facilitated Martin's exposure to college recruiters, he said, while athletes in rural areas may have gone unnoticed.

"It's different now. When I grew up small school athletes didn't get as much exposure. But with the advantages of social media and the other outlets to showcase yourself, you have every opportunity to get to wherever you want to go," Martin said.

"I want to emphasize that it doesn't make any difference where you come from or how small the town is where you live," he said. "If you put the work in and showcase yourself, you will be found. Even if you go to a small school and you're playing well, you will be seen. But it starts now at this age group. It takes work and dedication to get to that next level."

Martin's dedication and passion for basketball was evident at a young age.

“We lived two miles out past the state school. We played in the yard on grass and had our basketball goal mounted on a telephone pole. We played so much the grass just turned into dirt,” Martin recalled. “Me and my cousins were out there consistently, but I will say that I was more consistent than them. Even when it was raining I was outside practicing. I never knew that was going make me the player that I would become. It was just a passion in my heart that I wanted to be out there playing.”

“I was always watching basketball. In my era, Michael Jordan was big and any time he came on I’m glued to the TV,” said Martin. “If you want to make it to the college level, make sure you’re tuned in to college basketball. Watching the game translates to improving your game.”

Summing up, Martin said, “I’m here to encourage you and let you know it’s possible to get there, no matter where you come from, as long as you're committed, consistent and persistent.” 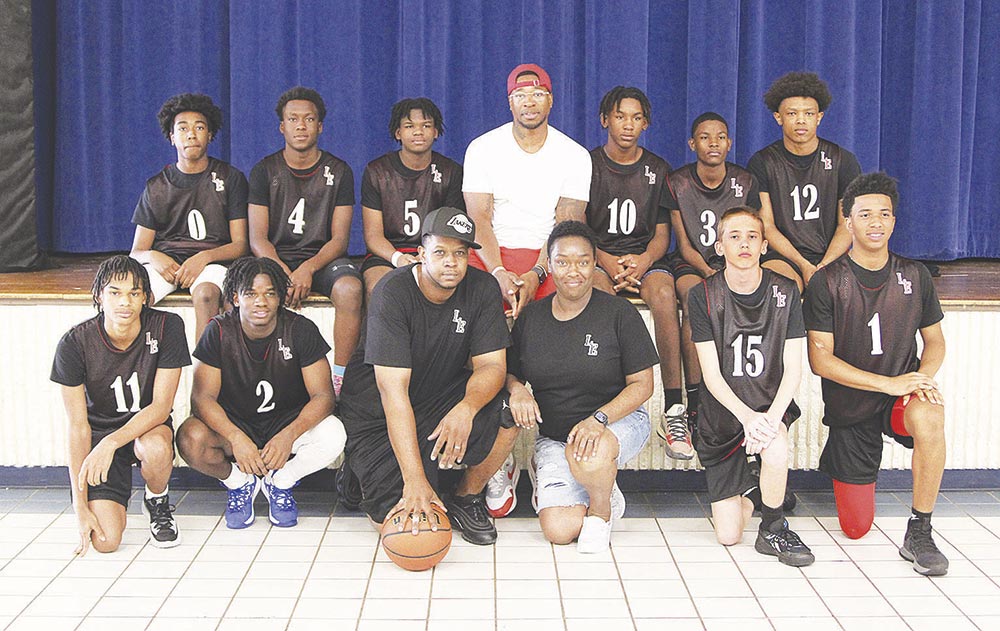 Crockett Legacy Elite with Cartier Martin during the Basketball Showcase.