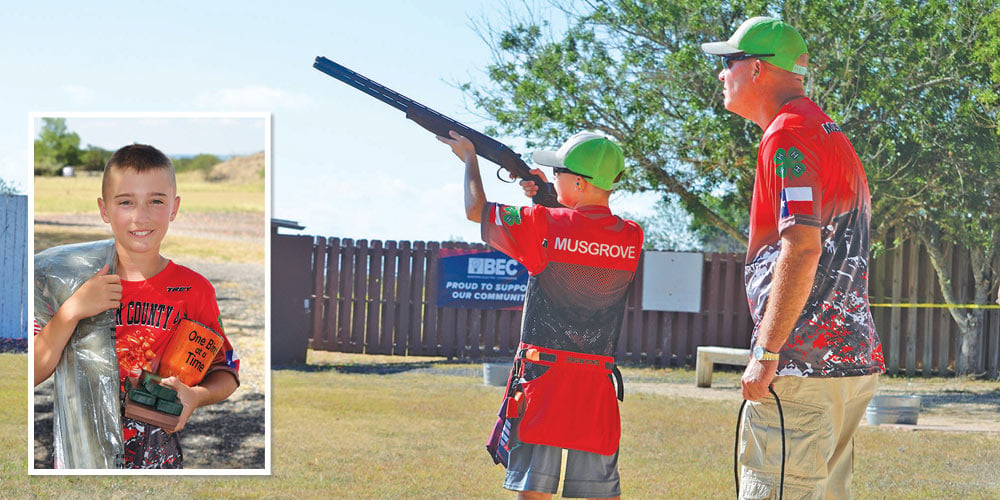 Enduring 100-plus degree temperatures, Davis and Musgrove each shot 250 targets over three days in the highly competitive tournament.

Davis competed in the intermediate division (sixth-eighth grades) and placed 10th in overall scoring among the 25 shooters in his division, busting 180 total targets. Davis recently moved to Houston County and has been a great shooter for the team.

Musgrove was one of 16 shooters in the junior division (grade three-five). Musgrove finished the weekend ranking Highest Over All Junior by smashing 198 of the 250 clay targets, placing first in Whizbang, Sporting Clays and Trap along with second in Skeet.

New team member Broxton Davis made the trip to Bandera for the Cowboy Blast.